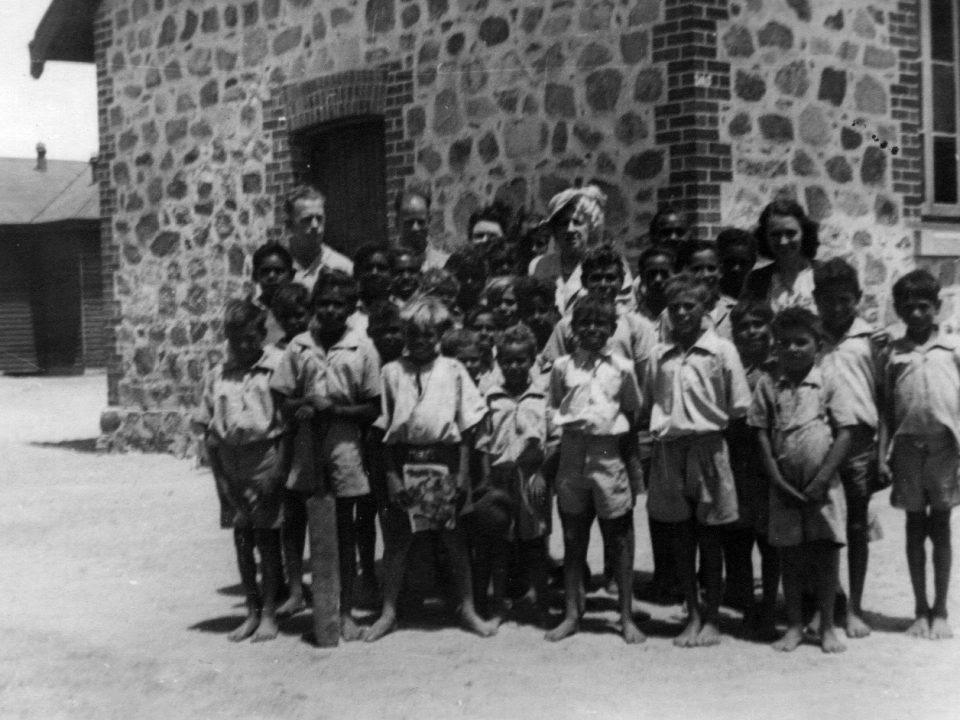 Seventy years ago yesterday, Mrs Florence Rutter and her friend Vera Hack arrived for their two and a half day visit of Carrolup Native Settlement. This visit was not only special in its own right, but it triggered a series of important events over the following two years, some very good and some very bad.

I celebrate the 70th Anniversary of this visit by briefly describing what happened during the visit. I provide much more detail, frequently quoting Florence Rutter’s actual words, in my forthcoming book Aboriginal Child Artists of Carrolup, written in association with John Stanton.

Mrs Rutter and Mrs Hack receive a rousing welcome from the boys when they arrive on the morning of the 31st of January. The ladies joyfully distribute chocolate, which is well-received. Mrs Rutter spends 30 minutes telling the boys how well their work has been received around Australia and New Zealand. They listen attentively and then rise and give her three hearty cheers when she has finished.

Mrs Rutter asks the boys to come up to the table and choose a gift of pastels, paints or crayons. She notes that ‘not one boy grabbed for the biggest or the best. Each one stood smiling, but did not attempt to chose anything until invited to take what he preferred.’ [Emphasis in original]

In the afternoon, Noel White asks the boys in the classroom if they would each do a picture for their visitors to show them working with their new paints and crayons. Mrs Rutter notes that once the boys start drawing, no individual lifts his head until he has finished. Some boys take less than an hour, everyone has finished within the permitted two hours. 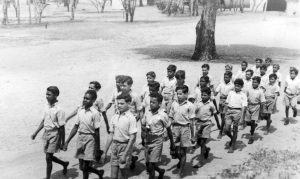 On the second day of their visit (1st February 1950), Mrs Hack takes a number of other photographs (and a 16mm movie) of Mrs Rutter and the boys. Afterwards, the older boys, six of whom Mrs Rutter describes as very good artists, do a drawing with their new pastels, which are presented to the visitors. Each boy signs his name and age on his drawing.

I continue from my forthcoming book:

“Mrs Rutter asks Mr White if he would allow her to show Parnell Dempster how to use oil paints, if he wants to learn. Both Mr White and Parnell are eager to try this experiment. A thumb hole is cut in an oval piece of wood for a palette, whilst a little tin is used for cleaning brushes. Mrs Rutter provides just a few colours, as oil paints are scarce and expensive in Australia.

‘… I was very curious to see how this boy of 14 who uses water colours or pastels equally well, would manage with oil paints. It was remarkable how soon it was that he could mix colours and adopt the different way of handling the brushes. He got to work on a small picture after a few strokes.’ Florence Rutter, Personal Diary, 1st February 1950

In around two and a half hours, Parnell completes his first oil painting—quite possibly the first oil painting by an Australian Aboriginal person. The experience is quite a thrill for all there, and Mrs Hack photographs Parnell with his masterpiece. Parnell offers the painting to Mrs Rutter, but she points out to him that this first oil painting he has done must belong to him or his school. She asks him if will do a small picture for her in the future….

… After they return to the hotel in the evenings, the two women sort out and cover with cellophane all the pictures that are to be dispatched for the orders from around Australia and New Zealand, and others (over a hundred) that will return with Mrs Rutter to Europe.” ©Aboriginal Child Artists of Carrolup by David Clark, in association with John Stanton

In the last part of this series, 70th Anniversary: A Promise, I describe the promise that Mrs Rutter made to the boys of Carrolup. 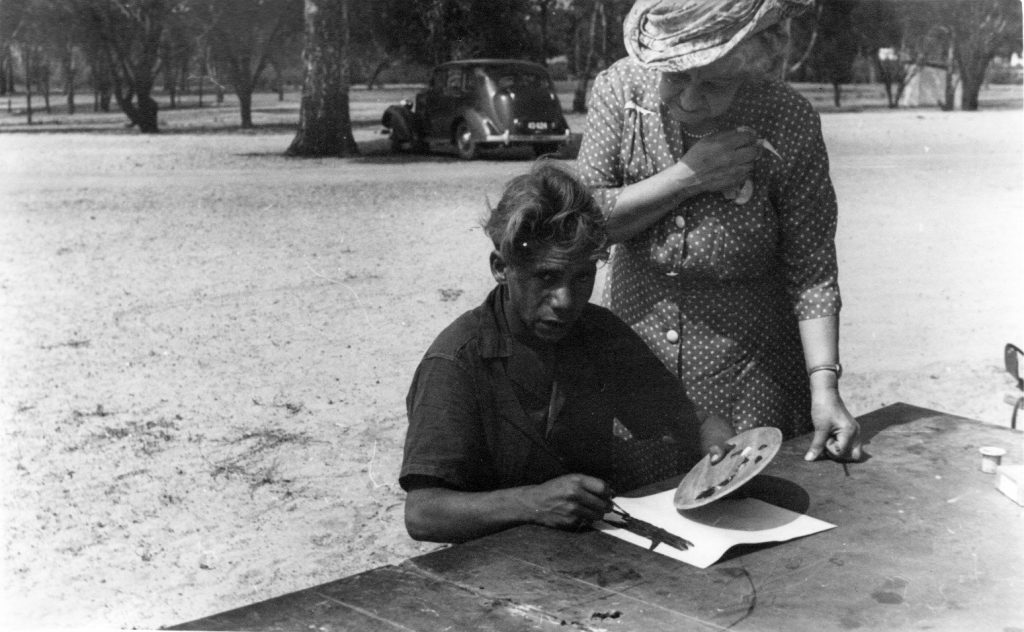