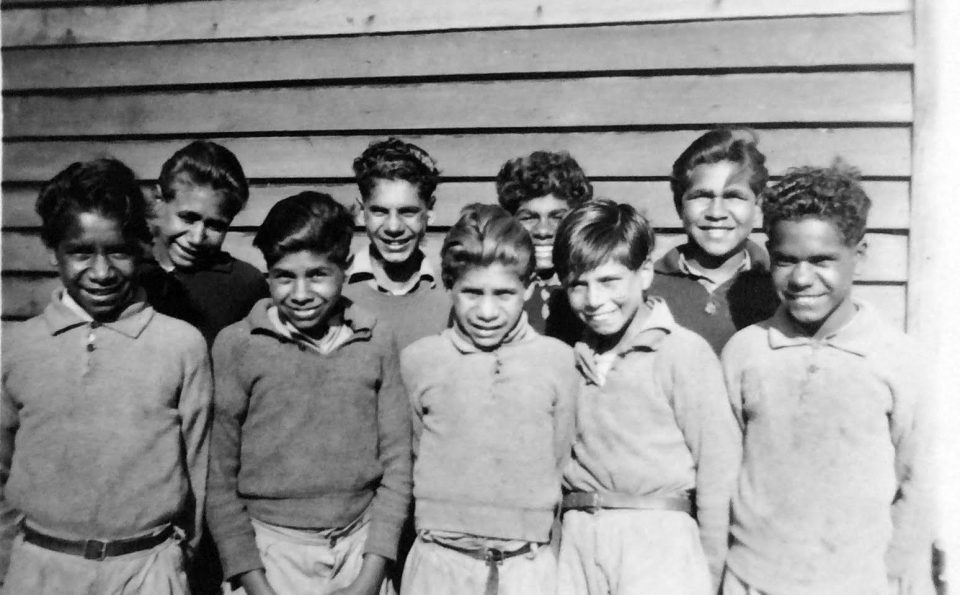 When filmmaker Michael Liu and I (David Clark) were first shown work of the Carrolup child artists by our Noongar friend Karen Hume, we were stunned by the beauty of the art and beguiled by the stories we heard.

We started researching for a film project on one of the artists, Revel Cooper. We found a great deal of important material, experienced many strange coincidences, and met some very interesting people, many of whom were willing to help us.

Eventually, however, I became so enchanted by what had happened at Carrolup, I decided that this Story needed to be my focus. I had many enlightening discussions with Noel White’s daughter Noelene. I pored over her family’s ‘memorabilia’ of Carrolup, as well as a variety of items that Mike and I found at the Battye Library and other places.

I knew I had to write a book about Carrolup, using the ‘voices’ of the people from that time. I also knew that this book had to be part of a wider project, one that helped facilitate healing amongst Aboriginal peoples and enhanced awareness in wider society.

I started to write and soon became deeply immersed in the Story and life in 1940s Western Australia. I was sometimes brought to tears thinking about what had happened. I felt strongly connected to those young Aboriginal artists of yesteryear.

Meeting Edith Smith and Alma Toomath (then Alma Cuttabutt), two of the Aboriginal children from Carrolup, was deeply moving.

I first met Edith at a photograph exhibition organised by Robert and Selina Eggington. As she showed two other women who the various children were in the Carrolup schoolroom photograph, Edith said, ‘That’s Revel Cooper, that’s Parnell Dempster, that one is Reynold Hart, and this person here is me.’

I heard those words, rushed over and said to Edith, ‘Where have you been? I’ve been looking for you for the past 18 months!’ We had a good laugh and Edith introduced me to her husband, John De Giambattista. I cannot begin to tell you how emotional I felt listening to Edith talk about life at Carrolup.

A number of people have inspired me and/or have helped the development of this project in some way or other over the past few years. Firstly, close friend Mike Liu who has shared many positive experiences as we researched the life of Revel Cooper (one of Mike’s projects), as well as the Carrolup Story. Karen Hume, Cathy Coomer, Robert and Selina Eggington, and Wazza Jones have helped me understand a little about the world from a Noongar perspective.

Jan James R.I.P.—genealogist, historian and author—has helped us research Noongar people involved in this Story and provided other important insights. I have also had many helpful discussions with Tony Davis, who is writing a book about Noongar artist Bella Kelly and the interaction between Noongar people and the European settlers in the South West. I have had the great pleasure of talking with Noel and Lily White’s daughter Noelene for many hours over the past two and a half years.

I was thrilled to meet John Stanton, former Director of the Berndt Museum of Anthropology, a truly inspirational man who has become a close friend. It was staggering to think that John had been involved with the Carrolup Story for 40 years! He shares my passion for helping the voices of Carrolup reach out again to the world. He too has many times been brought to tears thinking of the events of the past.

John and I soon agreed to develop a Carrolup project together. For me, it is a real honour to work with someone who has cared about something so passionately for so long. Someone who has expertise different, but complementary, to my own.

And it’s great to be collaborating once again with long-time friend Ash Whitney, who has previously developed a number of websites for me.

A Story and a Project inevitably involve many people and their Stories. As time goes on, you will meet more of our friends and colleagues. I hope you will enjoy the process as The Carrolup Story and its constituent Stories unfold.