Aboriginal Children Dance at the Opening of ‘Koorah Coolingah’ 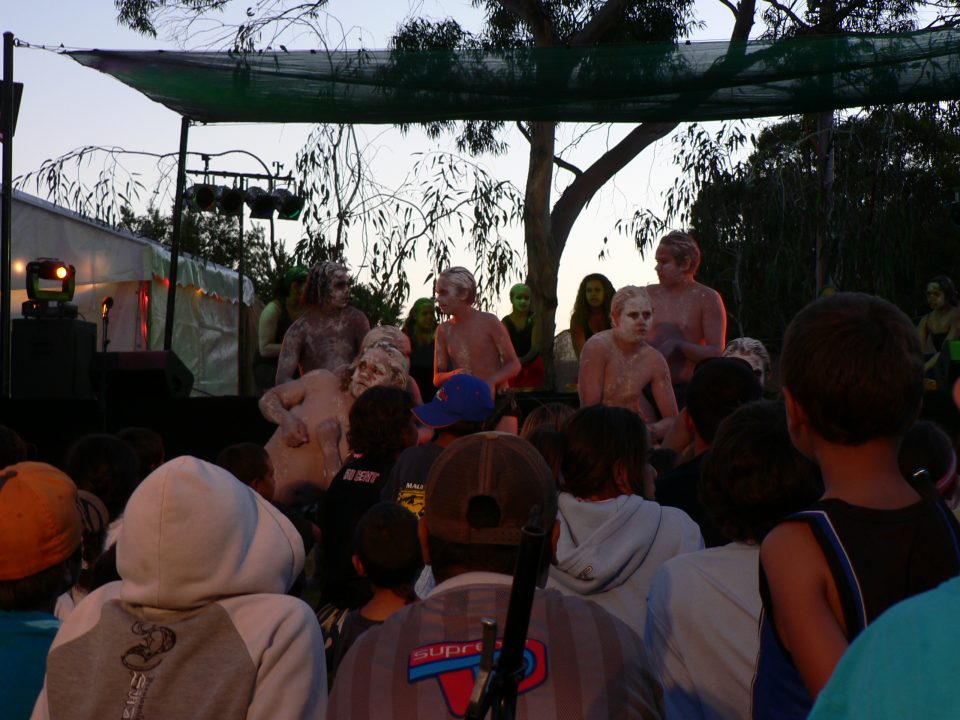 They had been practising their dances for weeks: a group of older girls, then the older boys, followed by the little kids all together.

I had filmed them practising for the last time, just a few hours earlier.

And now, tonight, they were transformed. Their dancing costumes, their body painting, their extraordinary enthusiasm. I was standing beside Uncle Angus Wallam, a tear falling from his cheek. We were all very proud of these Noongar children, these Noongar coolingah. On this Noongar boodja, Noongar country.

Katanning school children perform a choreographed dance at the opening of ‘Koorah Coolingah: Children Long Ago’. Filmed by Nell Ustundag in Katanning, Western Australia, on 24th February 2006. [Berndt Museum of Anthropology, The University of Western Australia]