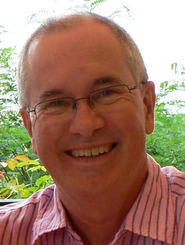 John Stanton is a social anthropologist who has spent his career working in the area of cultural change in Aboriginal Australia since 1971. He took early retirement in 2014 to focus on research and writing, and is Adjunct Professor at the University of Western Australia.

He initially conducted fieldwork among fringe-dwelling Aboriginal groups in south-western New South Wales in 1971, resulting in an MA in Social Anthropology from the University of Auckland, with an emphasis on Ethnographic Film – quite novel at the time.

In 1974 he transferred to Perth to commence a PhD program under eminent Australian Anthropologist, Professor Ronald Berndt, focussing on aspects of social change in a small Aboriginal community on the fringe of the Western Desert, W.A. He has published a number of articles deriving from this research.

Appointed foundation Curator (later Director) of the Berndt Museum in 1978, his application of museum-based anthropology has focussed on the empowerment of Aboriginal communities through assisting in the creation of local Keeping Places and Cultural Centres in different areas of Western Australia.

These projects, initiated at the request of a number of local communities, involved the training of Aboriginal people in curatorial and exhibition techniques, oral history recording, etc. and complemented the Museum’s focus on contemporary arts: they were central to the Museum’s outreach program to Western Australian Aboriginal communities.

A key element of this program has been the Carrolup Project, which commenced in 1985 at the request of members of the Marribank Community (present-day Carrolup). Although John had been aware of the child artists of Carrolup since shortly after his appointment to the Museum, and had written (with Ronald Berndt) an article referring to this school of art, it was only after commencing the Project that he realised the significance of the child artist – not only to present day Noongar (South-West) communities, but also to wider national and international audiences.

The Project, which has been ongoing, centred on Aboriginal community conception, direction, participation and sharing of outcomes – all key goals outlined at early annual national meetings of the Conference of Museum Anthropologists, which John helped to establish in 1979.

Continued linkage and involvement in the Carrolup Project over the past 33 years has also seen enormous social changes taking place in the Noongar world, as elsewhere, and John has relished engagement with emerging technologies to publicise the Carrolup story both locally and much further afield than could ever have been conceived at the beginning of the Project.

Back then, little did he think that the Project would remain vibrant and relevant three decades later. He is delighted to have the opportunity to collaborate with David Clark, who brings complementary knowledge and enthusiasm to this Story, in further promoting the Project.

I cannot thank you enough for that morning you spent showing me something of the wonderful collections in your care. I can’t remember when I have had a more rewarding encounter with an Aboriginal collection…. You really are indefatigable.