Carrolup Art at the Katanning Show, 1948 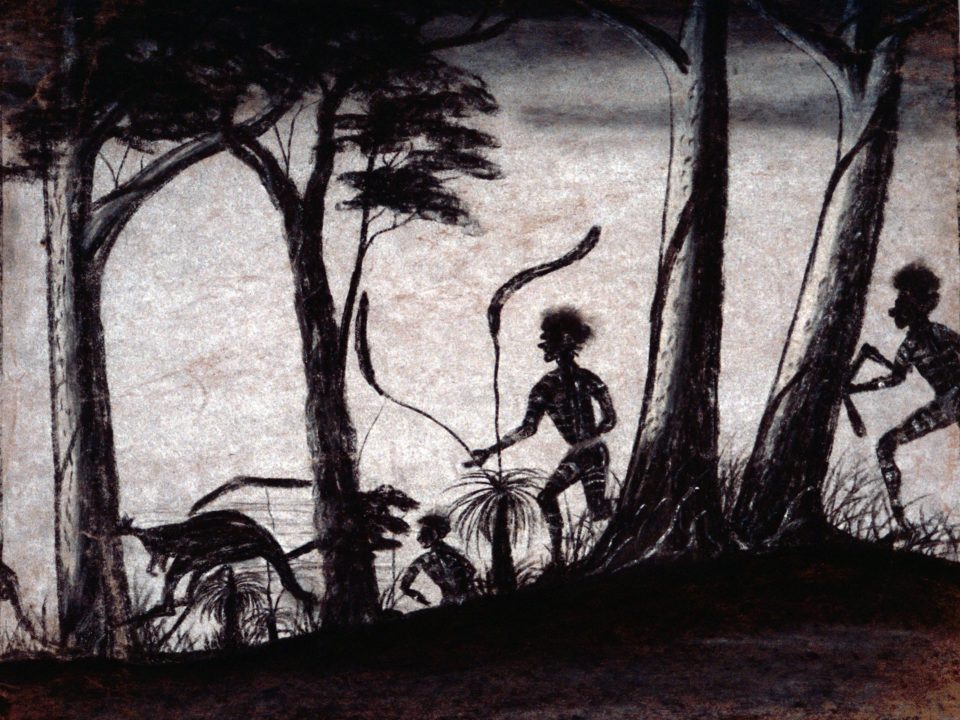 In an early blog, I described how the children of Carrolup first attended the Katanning Show in November, 1946. They also attended the Show the following year and again in 1948. Here is what I wrote in my book Connection: Aboriginal Child Artists Captivate Europe about this latter event:

“The ‘full display’ of Carrolup artworks receives great attention during the Katanning Show at the end of October. ‘Many people expressing deep appreciation of their work’, writes Noel White in his School Journal  [29th October 1948].

‘A collection of art from the young, “untrained” native artists of Carrolup Settlement was displayed in the Exhibition Hall at the Katanning Show on both days, and from when the hall was first opened to its final closing on Saturday, a throng of admirers clustered around the exhibit….

Show patrons looked forward this year to seeing another display of native art from the Carrolup Settlement and were delighted with the outstanding exhibit. Whether they viewed the crayon drawings with the eye of a fellow artist and the ability to make informed comment, or whether as a layman, they merely enjoyed the beauty of freely expressed movement in characteristic aboriginal motif and colouring, opinion generally was of wholehearted appreciation and praise. The work was all from young lads under 13 years of age who, from a tutorial point of view, are completely untrained. Under the guidance of Mr Noel White, who has received complete support from District Inspector, Mr S. Crabbe, the native children have been encouraged to give expression to their natural ability to picturise things close to their lives.

No attempt has been made to impose Western principles upon their art and the result has been the presentation of brilliantly coloured work, with bold and striking outline. The sense of balanced composition with which the boys fill their frame is remarkable, but even more notable is the sure handling of movement and the true sense of perspective. Watching these lads at work, one is astounded with the direct method and sureness with which they proceed. At demonstrations they have been requested to draw, say a landscape scene, in stated colours; with amazing sureness they will put in their skyline, fill in their trees, starting with the base of the trunks and, without any attempt at retouching, will produce within ten or fifteen minutes a perfect picture such as displayed at the show….

Water colours exhibited at the show are the results of three week’s work; as just three weeks prior to the display the children were first introduced to water colour painting [by Sammy Crabbe]. As in the crayon drawing, the characteristic boldness of style and aboriginal colourings were outstanding….

The quote is taken from a copy of a newspaper clipping shown on the wonderful Trove website, which was an invaluable tool when I was researching the story of Carrolup and writing the book.