Carrolup Art in the British Museum 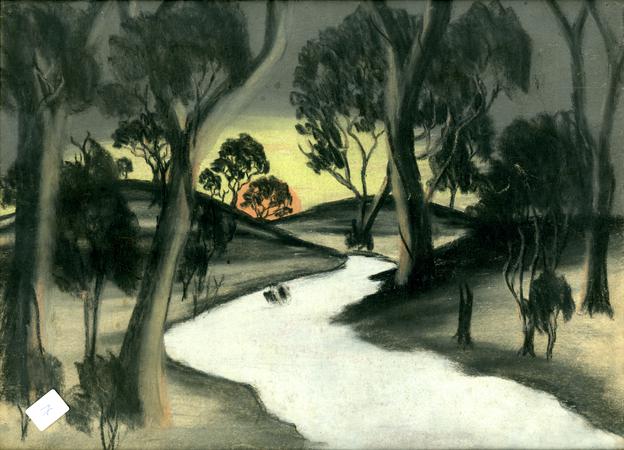 In April 2017, I visited John Stanton’s good friend Gaye Sculthorpe at The British Museum. Gaye is Curator and Section Head of Oceania in the Museum. Gaye had arranged to show me a collection of seven drawings done by the Aboriginal child artists of Carrolup.

These drawings would have been part of Mrs Florence Rutter’s collection which she obtained from Carrolup teacher Noel White. The Department of Native Affairs, through Commissioner Mr Middleton, had given permission for Florence to exhibit and sell the art in Europe, with all money from sales being sent back to Western Australia, as described in the following section of our book.

“A roundtable conference is held in Perth—with Mr Middleton and Mr Sully (the new Carrolup superintendent), Noel and Lily White, Mrs Rutter and Mrs Hack—that discusses the future policy of the sale of the Carrolup children’s art. The roundtable participants all seem to want the best for the children and to be in agreement as to the way forward. A Trust Fund is to be set up on behalf of the young artists—‘The Florence Rutter Trust Fund’—into which the money collected by Mrs Rutter for sale of the boys’ art would be placed.

‘Met Mr and Mrs White to go to the Commissioner’s office to meet the Superintendent of Carrolup Settlement and have our roundtable conference on future policy of sales of Aboriginal Art. They were kind enough to say the Trust Fund to be created for these boys should be named the ‘Florence Rutter Trust Fund’ in acknowledgement of the work I was doing for them. We had a two hour session and got things settled as far as we could go.’ Florence Rutter, Personal Diary, 27th January 1950″ CONNECTION: Aboriginal Child Artists Captivate Europe. David Clark, in association with John Stanton. Copyright © 2020 by David Clark

Recently, I was contacted by a friend in Melbourne, Ellen Spalding, informing me that the drawings can now be seen on The British Museum website. (Click ‘Related objects’ under the word ‘Carrolup’.) We do not know who of the Carrolup children did these drawings. I hope you enjoy the drawings.