In my last blog, I described elements of the process of colonisation in Western Australia and their impact on Aboriginal people, taken from the Prologue of our book Connection: Aboriginal Child Artists Captivate Europe. Here are some more facets:

Instead, the Act laid the basis for the development of a repressive and coercive state control over Aboriginal people in Western Australia. Legal and bureaucratic mechanisms were put in place that not only controlled many aspects of Aboriginal people’s personal lives, including their interactions with non-Aboriginal people, but enforced the assimilation of Aboriginal children into white society.

‘… charged with the duty of promoting the welfare of the aborigines, providing them with food, clothing, medicine and medical attendance, when they would otherwise be destitute, providing for the education of aboriginal children, and generally assisting in the preservation and well-being of the aborigines.’ Section 4, Aborigines Act, 1905 [8]

The Act gave sweeping powers to the Chief Protector, who had a small office in Perth, and to the honorary protectors he appointed to act in local districts.

‘The Chief Protector shall be the legal guardian of every aboriginal and half-caste child until such child attains the age of sixteen years.’ Section 8, Aborigines Act, 1905 [NB. Roth had originally proposed an age of 18, rather than 16, years of age.]

‘… apply to a justice of the peace for a summons to be served on the alleged father of such child for the purpose of obtaining contribution to the support of the child.’ Section 34(1), Aborigines Act, 1905

The Governor now had the right to declare any Crown land to be reserves for Aboriginal people, and to confine Aboriginal people to these reserves. Any Aboriginal person who refused to be kept within such a reserve was guilty of an offence against this Act (Section 12 of the Act). The Chief Protector also had the power to manage the property of Aboriginal people, with or without their permission, if he deemed necessary (Section 33).

‘Any aboriginal who, without reasonable cause, shall neglect or refuse to enter upon or commence his service, or shall absent himself from his service, or shall refuse or neglect to work in the capacity in which he has been engaged, or shall desert or quit his work without the consent of his employer, or shall commit any other breach of his agreement, shall be guilty of an offence against this Act.’ Section 25, Aborigines Act, 1905

Police and justices of the peace were granted special powers over Aboriginal people, which resulted in a great deal of injustice. They could, for example, order ‘loitering’ or ‘indecently dressed’ Aboriginals to leave the vicinity of towns. The police had the responsibility to lay charges against Aboriginal people offending against the Act, and they did not require a warrant to make an arrest. Harsh penalties—sentences of up to six months imprisonment, with or without hard labour, or fines of up to £50 (equivalent to over $7,000 today)—were imposed by local courts to ensure compliance with the Act.

As the Aborigines Department received a low level of funding (£10,000 per annum, equivalent to $1.5 million today), it was not able to hire its own field staff to fully implement the 1905 Act. They had to rely on the local protectors to ensure that the Act was enforced, attend to the welfare of local Aboriginal people and represent them in court, provide the Department with statistical information and reports on individuals, and deal with a variety of other matters related to local Aboriginal people. No checks were made on the suitability of people to become local protectors. Police constables and even private citizens took up these roles. No training was provided.

As the police were local agents for the Aborigines Department, in addition to enforcing the law, they were both protector and prosecutor. Not surprisingly, many policemen saw their role as law enforcers much more important than their welfare duties. Promotion for the police was not dependent on the sympathetic treatment of Aboriginal people, but on the number of arrests and prosecutions. Racism increased within the police force, leading to a further deterioration in the relationship between the police and Aboriginal people. Many Aboriginal people were either intimidated by the police, or antagonistic towards them. They did not see the police as protectors. 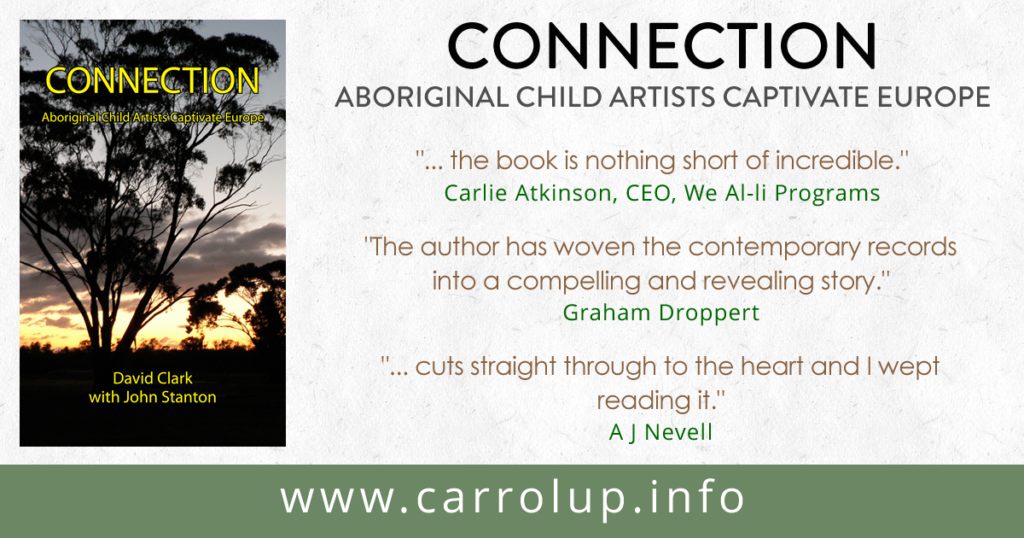