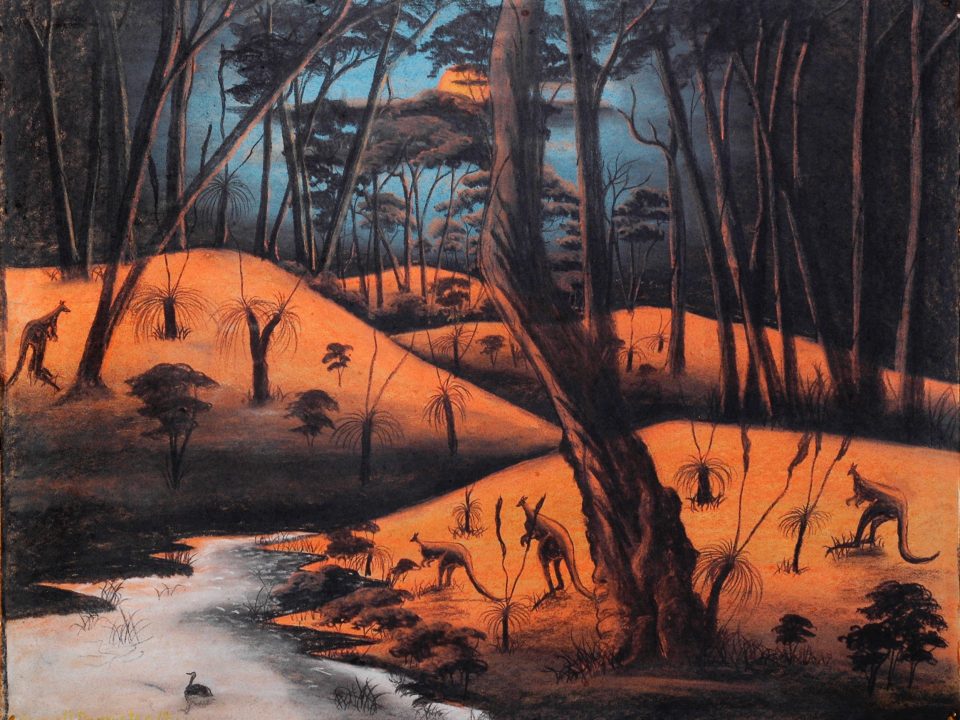 Following the Official Opening at the ‘Koorah Coolingah: Children Long Ago’ exhibition at Katanning on 24th February 2006, members of the community, and the wider public, were allowed into the Katanning Art Gallery for the first time.

Many had wanted to come in earlier in the week when we were mounting the exhibition, impatient to see these artworks that had come all the way from Colgate University in upstate New York – but security issues precluded this.

People entered the vestibule, then into the gallery itself; the works ranged around the walls, with just a few settees in the middle.

It was a very emotional moment. Everybody was very quiet, walking silently, occasionally speaking with reverence and discretion as they circled the room. It was almost like being in a church. The sense of awe and reflection was almost palpable. There was a mixture of pride and sadness, sadness that all but one of the Child artists had passed on.

The loan of these 20 works from the Picker Gallery at Colgate University for the Perth International Arts Festival, and the return of these works to country, to Noongar Boodja, had a extraordinary impact on the Katanning community, and beyond, to elsewhere in the South-West.