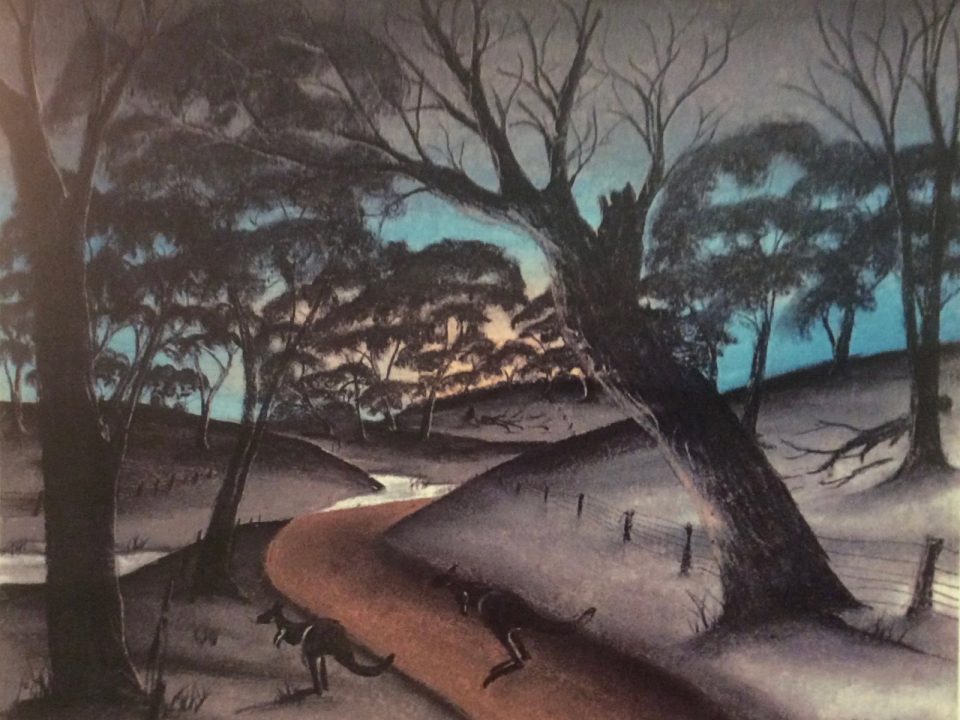 I’ve just got back from a couple of days chilling out in the bush, with no internet or phone. It was very restful.  It has been 15 days since we officially launched The Carrolup Story website, so I thought I’d write a little about the launch.

We decided to ‘launch’ The Carrolup Story on 10th November 2018, as this was Noelene White’s 85th birthday. Noelene is the daughter of Noel and Lily White, the teachers at Carrolup from May 1946 until the end of 1950. She has been a wonderful friend, and our discussions with her have assisted the development of the website and writing of the book.

Prior to the launch, we needed to ‘test’ the functioning of the website and check for any typos or other problems, so we contacted a number of friends the day before and asked them if they would look at the website and provide any feedback.

Prior to sending that message, I had set up a Facebook Page and Group to publicise the website and its content, and to allow for comments and discussion. I was now poised with various windows open on my Mac, watching what was happening on Facebook, looking at statistics as shown in the WordPress system that ‘drove’ the website, and ready to make any corrections that were needed.

I have to confess that I was very tired. A lot of effort and emotional energy had gone into the development to date, and I had not been sleeping well. I watched the Noongar Elder Ezzard Flowers in a film clip we had posted and felt a little teary.

Over 60 people looked at the website that day and we had some good initial comments. No one complained about the viewing experience.

… The ways this will help our community affected by what took place at Carrolup and at many other missions around the country will be immeasurable.” Wazza Jones, Perth, Australia [Son of Warwick Jones R.I.P. and nephew of Ross Jones R.I.P. who were at Carrolup during Noel White’s time]

Wow. Just wow, the Carrolup website is an amazing resource. I have had a good poke around and learned an awful lot very quickly. I am now full of ideas about how to use this content with my class next year. Compare and contrast with New Zealand Maori stories perhaps. Congratulations John – it’s beautiful, and deeply moving.” Helen Haine, Auckland, New Zealand.

Hi David and congratulations – what a wonderful site!!!!!! I’ve spent best part of 2 hours running through all the different facets you have introduced. Very user friendly and what wonderful quality material.” Tony Davis, Albany, Australia [Tony is writing a book about the Noongar artist Bella Kelly]

We officially launched the website early on Saturday, 10th November by simply announcing on various Facebook pages that the website was now live. We had been posting ‘count-down’ messages on Facebook for the previous week.

Now the hard work had begun. Obviously, websites don’t just take off like that. People needed to hear about the website and know where it could be found. They had to feel it was of interest to them and they had to enjoy the experience, so that they would return to the site and tell their friends. This meant that we must keep publicising and find the right places to do that. And the high quality of website content must be maintained.

A key element of our work is to create an online community of people interested in the Carrolup Story and/or in the healing of trauma and its consequences. In addition, we want the project to become well-known in in local Noongar communities.

Having previously spent a few years running an online recovery community (Wired In To Recovery) for people recovering from substance use problems, I had learnt some important factors that facilitate community building.

Firstly, it is important to respond to Facebook comments and enquiries to the website as quickly as possible. Sometimes a comment leads to a more prolonged conversation in the ‘private’ environment of Messenger, as had happened a number of times during that first week.  Secondly, it is important to remember we are dealing with some sensitive issues and therefore it is critical to be respectful and empathic. An environment of warmth and trust must be created.

On that first Saturday, 107 unique visitors visited the website, creating 308 ‘page views’. The most visited pages were the Home Page, Welcome and About Us. The Facebook Page had a total of 113 Likes and our Facebook Group numbered 131 members. I was pleased.

On Sunday 11th November, we had our first website enquiry and first major coincidence, which I am sure will be the first of many. Kali Caramia from Perth told us that her Nannna was at Carrolup in the 1920s, and with her husband (Kali’s Pa) helped Noongar people at Gnowangerup Mission from 1925. Nanna and Pa were known as Brother and Sister Wright. Kali asked if anyone in the project knew of them.

Well, I’d been reading a draft of Tony Davis’s book on Bella Kelly and life in the South West for him and I remembered he had devoted just about a chapter in his book to Brother and Sister Wright. He had previously told me how much they were still respected by Noongar people in the Gnowangerup area. I called Tony and he said that he would call Kali if she would pass on her details. Both Tony and Kali emailed me to say they had a lovely long chat, which was clearly of benefit to them both. Kali wants to meet Tony in Albany one day.

The real coincidence was that Kali mentioned that she had gone to Perth Modern School with Grahm Droppert, who happens to be a very close friend of my partner Linda and I. Linda remembers a Kali Quade-Smith at school and, sure enough, she was now Kali Caramia.

A jump forward in time to the 21st November 2018. When you receive such a comment as that below, from a person that you hold in such high regard, it is both deeply moving and invigorating. You know that you are on the right path. Thank you, Carlie.

What an incredible resource you have collectively created David Clark and co. I finally found some time to sit down and go through the website. I was moved to tears going through the material. Simply awesome! A beautifully crafted site full of incredible material – story telling saves lives. I love this quote ‘We believe in a strengths-based, solution-focused approach to healing that celebrates success and cultivates positivity, acceptance and cultural pride. Positive Stories facilitate healing’ – you have achieved this in bundles. I highly recommend that everyone out there explore the Carrolup Story.” Carlie Atkinson, We Al-li Healing Programs