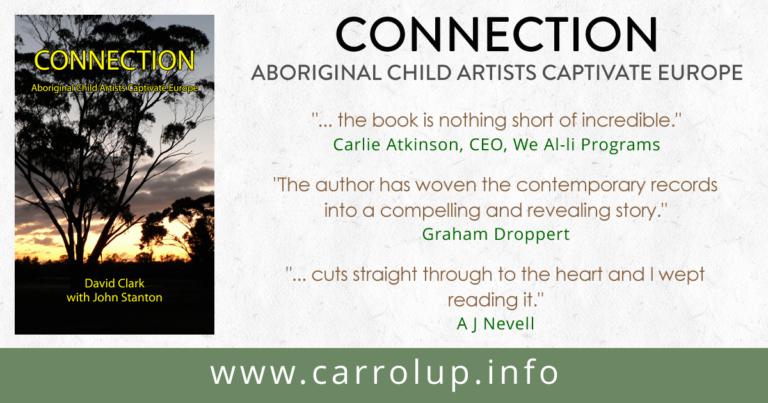 Then why not check out my eBook Connection: Aboriginal Child Artists Captivate Europe, written with John Stanton, which is available via Amazon, Apple or Kobo (price: £4.99, A$9.99, US$6.99, €5.99)? You, or a family member or friend, can read the book on a phone, other hand-held device or computer.

Western Australia, 1946: When teacher Noel White arrives at government-run Carrolup Native Settlement, he cannot communicate with the traumatised Aboriginal children, as they are so fearful. The children, forcibly removed from their families as part of government policy, live in squalor.

Noel connects with the children through his empathy and unique education programme, and inspires them to create beautiful landscape drawings that gain widespread public recognition. The children also display educational, sporting and musical achievements, despite the ongoing adversities they and their teachers face. A 71-year old Englishwoman, Mrs Florence Rutter, visits Carrolup and tells the children she will do all in her power to make their work known throughout the world. As Mrs Rutter exhibits the artworks in Europe to much acclaim, the Western Australian government closes the school without warning.

The children’s dreams of a better future are shattered by this closure, and by the adversities they face in a white-dominated society that considers them ‘inferior’. The dreams of one talented artist, Revel Cooper, become a nightmare when he faces a charge of murder in the state’s Supreme Court. The all-white jury cannot come to a decision after the first trial, so Revel is tried again a week later. 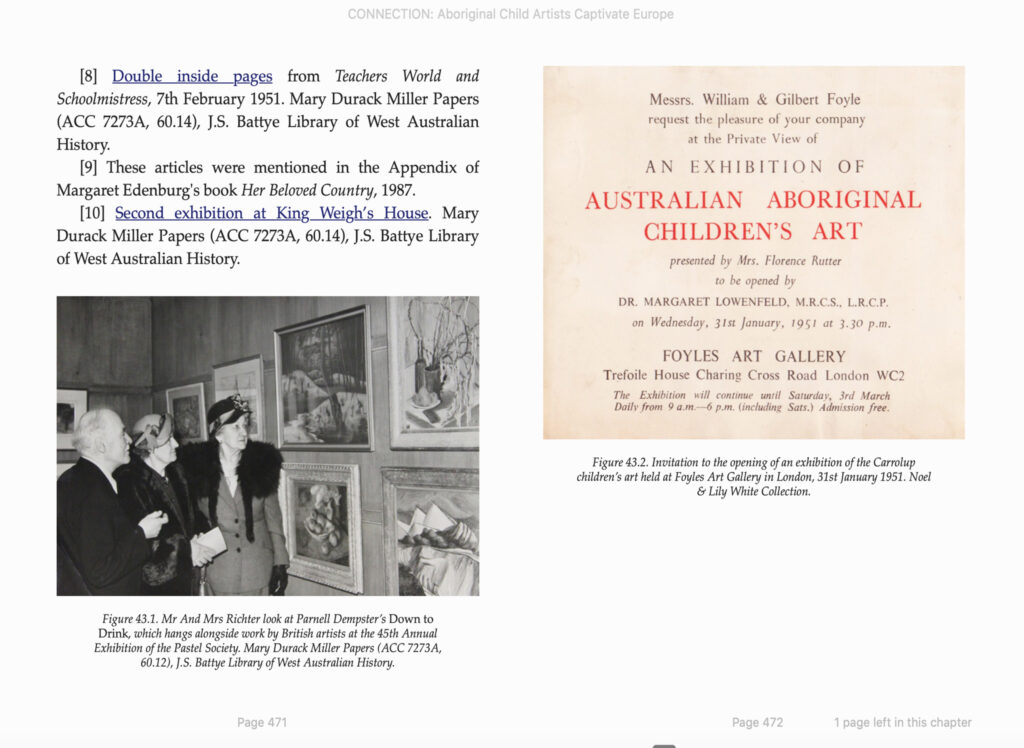