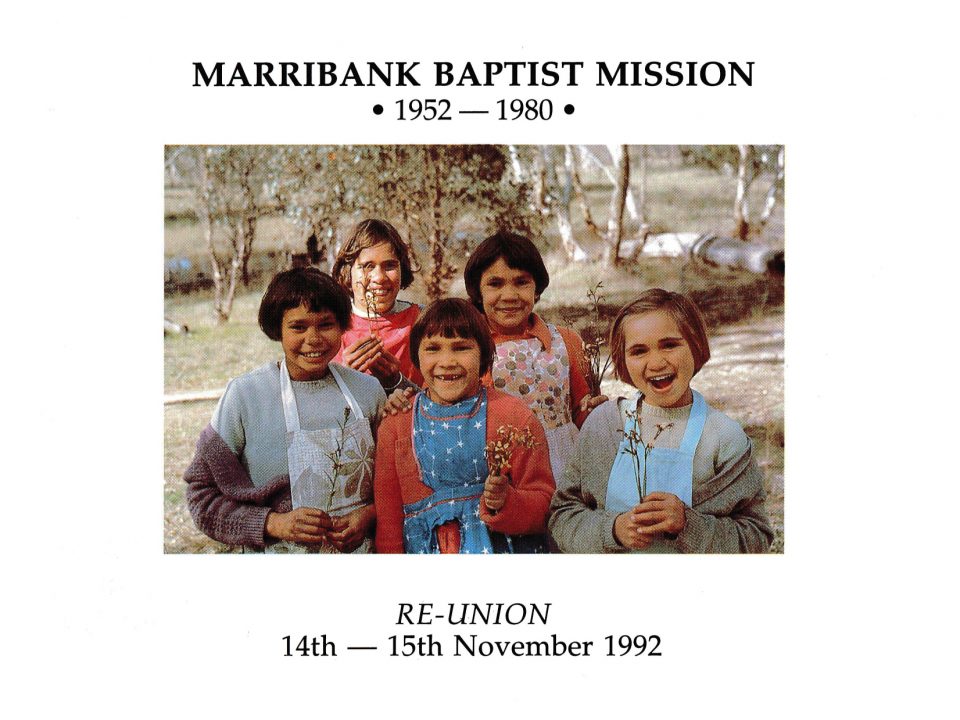 Invitation to the Reunion sent to former residents of Marribank Baptist Mission in 1992, designed by John Stanton at the request of the community.

A reunion of former Marribank residents was held over the weekend of 14 – 15th November 1992, to officially open a further gallery of the Marribank Cultural Centre, which focused on the Marribank Baptist Mission years 1952 – 1980.

This exhibition had been mounted by myself at the request of the Marribank Committee on which I sat, assisted by staff of the Berndt Museum (then named the Anthropology Research Museum). 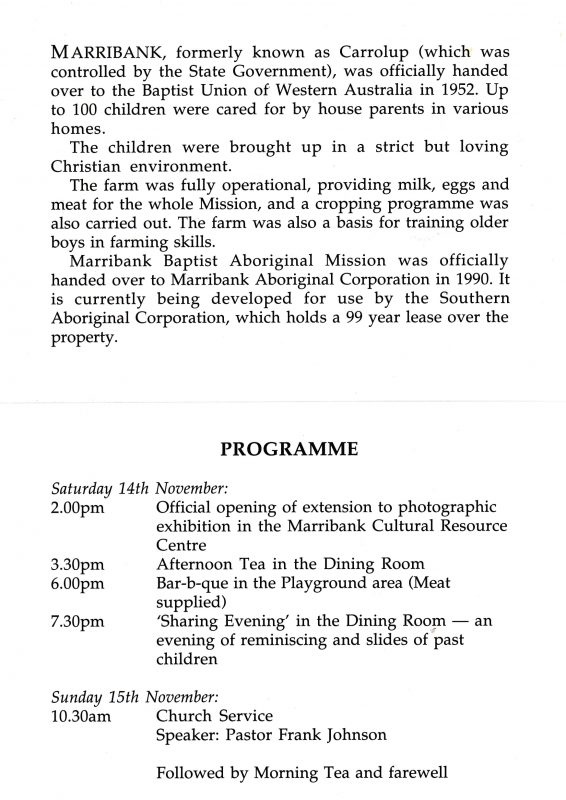 Background note and program for the 1992 Marribank Reunion.

It comprised a selection of photographic prints copied from originals from the period, both in colour and black and white, which had been assembled by former staff of the Mission. Additional photos had been provided for copying by former child residents and their families.

The full collection, together with associated documentation, was printed onto catalogue cards and stored in the Cultural Centre’s Office, along with documentation assembled during the earlier Carrolup phase of the Carrolup Project (1985 – 1987)

During the evening of reminiscing and a slide show, former residents were advised of negotiations then underway with the WA Minister of Aboriginal Affairs, Dr Judyth Watson (herself a doctoral graduate of the UWA Department of Anthropology) to have Marribank vested in the local community.

However, not long after the Reunion, the community learned that the Settlement had been vested under lease to the Southern Aboriginal Corporation. There was considerable local disappointment, as the Marribank Community had wanted to re-establish the Settlement as an arts and cultural centre, as well as a social centre providing support for traumatised families.