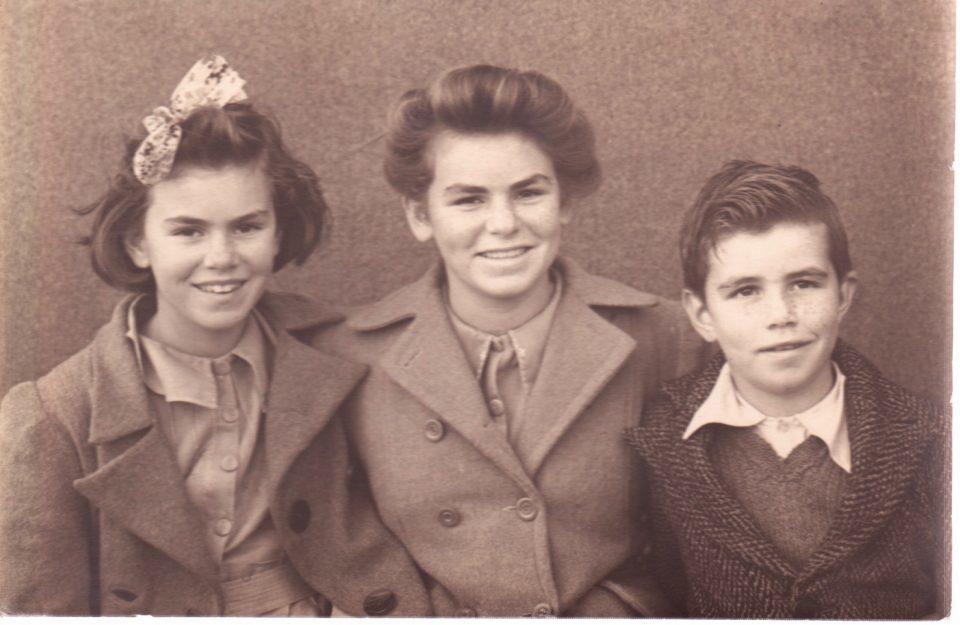 Noelene, along with her siblings Janette (Jenny) and Ross, went with her parents Noel and Lily White to Carrolup Native Settlement in May 1946. She was 12 years old at the time. John first met Noelene in 1985 and learnt a lot from her about the Aboriginal children of Carrolup.

Along with my close friend Mike Liu, I first met Noelene in April 2016. She encouraged  us to meet her ‘good friend’ John Stanton which we did later that year. A wonderful collaboration and close friendship developed out of that first meeting.

John and I eventually decided to develop and launch , along with Ash Whitney from Cilfrew, South Wales, The Carrolup Story website. Noelene gave us access to all her family memorabilia and encouraged me to write a book about the Aboriginal child artists. That eBook, Connection: Aboriginal Child Artists Captivate Europe, contains a chapter devoted to Noelene’s memories of her time at Carrolup.

Here are three film clips of Noelene talking about her memories of Carrolup from an interview John conducted with her on 13 October 2005.

Noel White’s desire and dream: Noel White dream was for the Aboriginal children of Carrolup to be recognised, and to be able to make a path in life for themselves. Noelene describes how local people at the Katanning Agricultural Show of 1946 – the first Show attended by the children – could not believe the work being done by the children. Some of the prominent locals started to visit Carrolup.

Carrolup teacher Noel White’s great talent: Noelene White describes what her father told his pupils – Aboriginal and non-Aboriginal – when they were looking at a view. His approach helped the Carrolup children develop their art. Noel’s great talent was to bring out the best in his pupils. Although he could be strict, he always encouraged and praised his Aboriginal pupils. He felt that they were downtrodden enough as it was, without him adding to their problem.

You can find more film clips about Carrolup on The Carrolup Story YouTube channel.