Noelene White, daughter of Carrolup teacher Noel White, has worked closely with us on our project. In fact, John and Noelene have known each other for nearly 35 years.

In an earlier blog, we included a section from the chapter Noelene White’s Memories in our forthcoming book which focused on the Aboriginal children at Carrolup. Here, we include another section from this chapter, this time about the children’s art.

‘Once the Carrolup boys started drawing they wouldn’t stop. Paper was very short in the early days, so the boys would draw on one side of a piece of brown paper and then turn it over and draw on the other side.

Later, some of them were working with pieces of paper which were too large for their school desks. They would lie on their tummies on the floor, drawing and not looking up at all. They were totally focused on what they were doing. It was quite a sight to enter the classroom and see a small group of boys working in this way.

Dad would exhibit the children’s work at the Katanning agricultural show every year. People were always approaching him, asking who had done a particular piece. Many people initially refused to believe he wasn’t doing the drawings, but they soon realised the children’s talents. 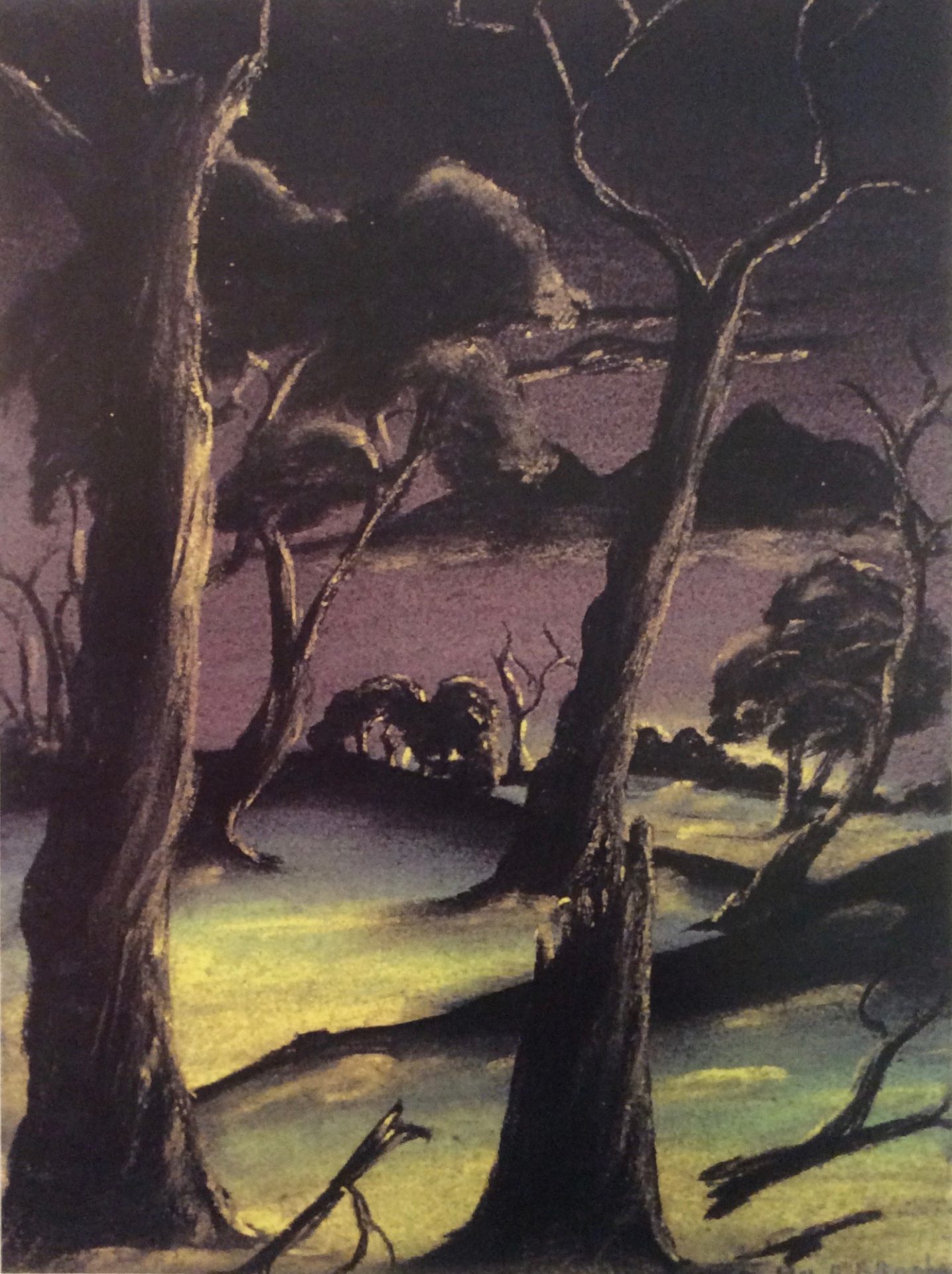 Art would be snapped up at these shows, and Dad used to give many lovely pieces away. People would ask if they could come out to the school, and then be amazed at the schoolroom walls adorned in artworks. Everyone agreed the children’s work was beautiful, but we never realised the long-lasting impact it would have.

Sadly, I did not keep many of the drawings myself. Those that I do have I passed on to the Berndt Museum of Anthropology at the University of Western Australia.

One artist I remember fondly is Claude Kelly. I found him to have a gentle manner. His art was wonderful, different to the other boys – well, at least at that stage of his development. I particularly remember the vivid colours in his drawings. Sadly, there do not appear to be many examples of his work that have been identified today.

Attention has been focused on the boys’ drawings, but the designs drawn by the girls were also special.’ © The Aboriginal Child Artists of Carrolup by David Clark and John Stanton, to be published in 2019.

I always enjoy listening to Noelene’s memories about Carrolup. Having just returned from a month-long trip to the UK, I’m looking forward to seeing Noelene again. At the moment though, my mind and body feel completely awry from jet-lag, so I’ll leave my visit for some days.

I’m writing this blog in a daze in the middle of the night! However, I cannot complain, as I had such a wonderful time with my children and grandchild who live on the other side of the world. I’m very lucky to have had this very special time!