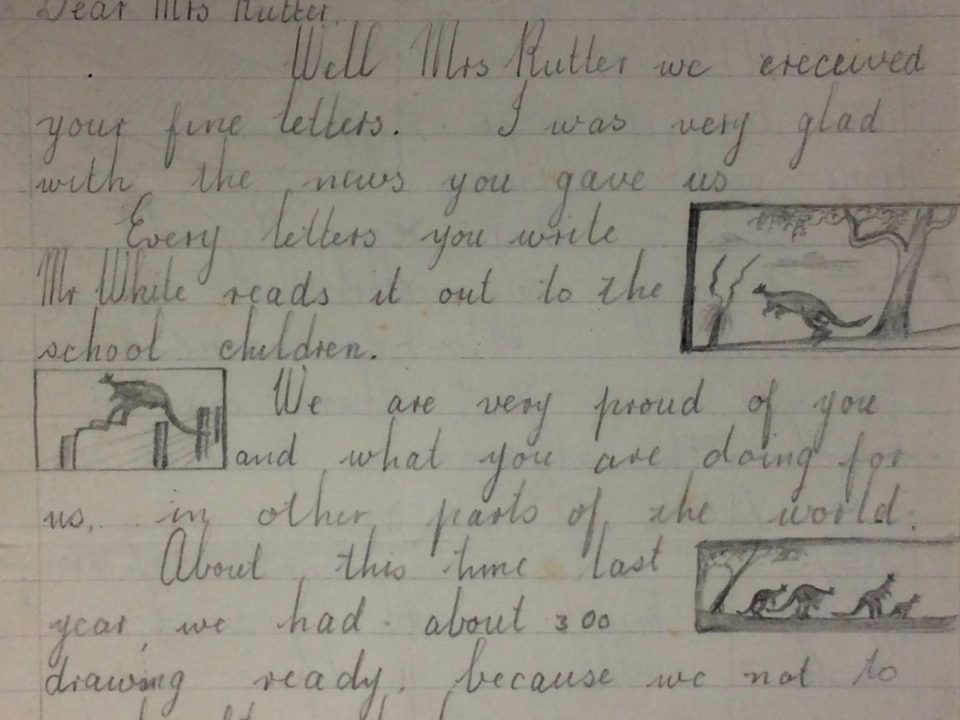 After Mrs Florence Rutter returned to the UK after her second visit to Carrolup Native Settlement, she received letters from 22 of the Aboriginal children. In one of those letters, Parnell Dempster described how the settlement supervisor, Mr Sully, had stopped Noel White taking the boys to the schoolroom after school hours. This meant that the boys’ teacher would not be able to send Florence additional drawings for her exhibitions in the UK and the Netherlands. Here is what I said about this letter in my eBook Connection: Aboriginal Child Artists Captivate Europe.

“One of the boys, Parnell Dempster, writes to Mrs Rutter on the 6th of July [5]. He tells her that Mr White reads out her letters, and that they are very proud of her for what she is doing in other parts of the world for the children.

Parnell points out that they had 300 pictures last year, but now Mr Sully has stopped Mr White taking the boys to the schoolroom after school, even though they have lots of spare time. On one occasion when Mr White gave Parnell and Reynold the key for the school to do some drawing, an attendant pushed them out and made them load a truck with gravel.

Parnell goes on to say:

‘All our natives are very glad with the kind work you are doing for us. I am sorry to say but Reynold was taken from school and put to work somewhere in Perth.’”

You can download a copy of Parnell’s letter here. 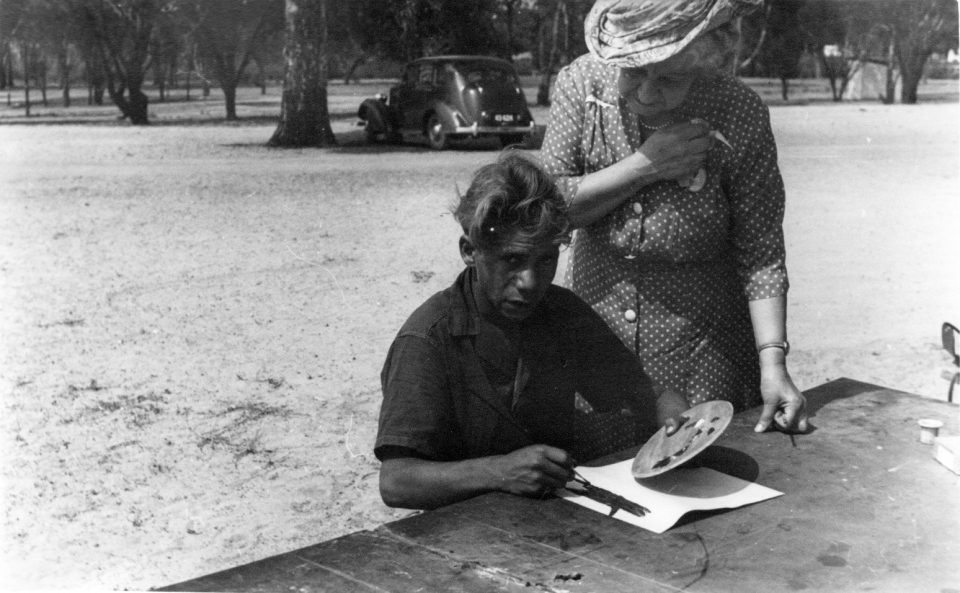