Pat Nunn and ‘Art and Australia’ 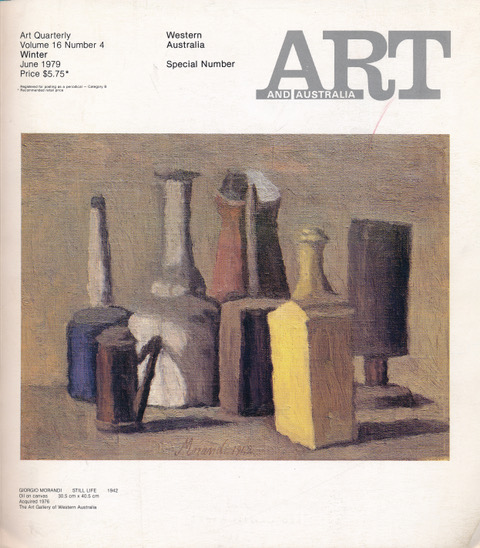 Pat Nunn, who originally came to live in Western Australia from Lesotho, Southern Africa with her husband Courtney, played a crucial role in the re-emergence of the Carrolup Story. She was working as the Social Worker at Marribank Baptist Mission, formerly Carrolup Native Settlement.

In fact, she was the springboard to much that happened subsequently, and this is how it came about.

I had known Pat for several years before she went to Marribank. In order to become a Social Worker, students in Western Australia had to do a degree in Anthropology at The University of Western Australia (UWA) before doing a vocational diploma in the Department of Social Work.

Pat and I had talked on and off over the years, as she was a student in the Department where I was then teaching, and she developed an interest in Aboriginal art.

Although the original Carrolup Project was, in fact, initiated by the Marribank Community in 1985, she told me that no Noongar community members living there at that time had any knowledge of the child artists and their story.

It was only by chance (or good luck) that Pat had read a 1979 article by Ron Berndt and myself reviewing Western Australian Aboriginal art (which included the child artists of Carrolup) for the State’s Sesqui-Centenary.

In it, Ron wrote:

‘Some of their work demonstrates a remarkable blending of colour and an eye for design. They are significant, also, because their subject-matter concerns the local environment— the beauty of the countryside and the creatures within it, tree masses and stark foliage and, sometimes, Aboriginal motifs and Aboriginal people. Many of the scenes are dramatic and hauntingly beautiful, a blend of fantasy and realism….

‘Much could be written about the Carrolup School of Art, but the astonishing thing is that it has not received the attention it should have from the Australian art world [my emphasis. It is these words that spurred my interest in the children’s art.’ (R. Berndt 1979 ‘Aboriginal art in Western Australia’, Art and Australia 16(4): 372-6)

The Art and Australia article got her thinking.

Pat realised the community had lost contact with the story, and that only two of the original child artists were still alive. The annual NADOC (National Aborigines’ Day Observance Committee) Celebrations were coming up, and the Marribank Community wanted to join in the celebrations, too.

She rang me, hoping to borrow some of the original children’s artworks but the only ones the Museum held were from a later period, in the 1960s. Instead, I suggested I help her and the Marribank Community mount an exhibition of contemporary Noongar art works.

The success of the 1985 NADOC exhibition of contemporary Noongar art at the Katanning Town Hall, and the lunch at Marribank that followed the formal opening, sparked a strong community interest. The resulting Carrolup Project resulted had its own Committee, and made a formal request for assistance to myself and the UWA Anthropology Research Museum, as the Berndt Museum of Anthropology was known at that time.