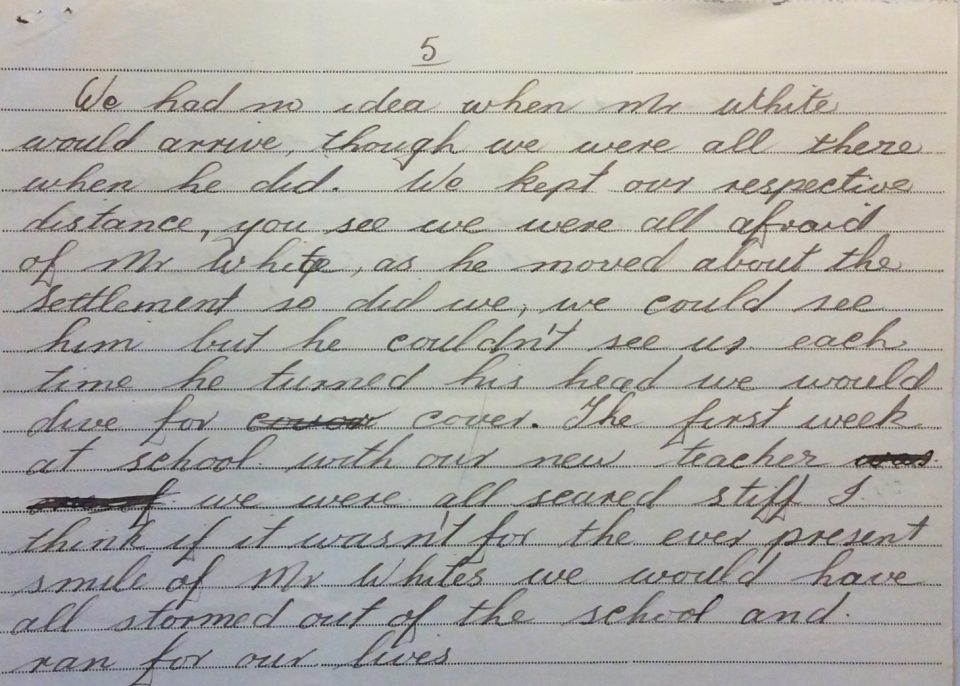 One of the most important resources I have found during my research of the Carrolup story is a ‘letter’ written by Revel Cooper where he reflects on his time at Carrolup Native Settlement. Back in 2015, my close friend Michael (Mike) Liu and I were researching Revel’s life, as we were really impressed by pieces of his art we had seen. Patsy Millett, daughter of author and historian Mary Durack Miller, suggested that we look through her mother’s papers at the Battye Library in Perth. In these box files, we found a wealth of fascinating information, particularly about the Aboriginal children of Carrolup Native Settlement and their drawings.

Mary Durack Miller’s files revealed the name of Doreen Trainor, who we soon discovered (thanks, indirectly, to Google) also had a connection to Revel Cooper. Doreen had lodged a collection of papers at the Battye Library, so we were soon back talking to the helpful and friendly staff there. Amongst her papers, we came across a ‘letter’ containing Revel’s reflections on Carrolup, which he wrote in prison in 1960. You can access a pdf copy of Revel’s writings below. Here, I describe some of my personal highlights with quotes. [For clarity purposes, I have not corrected Revel’s spelling errors.]

We were locked in our respective dormitorys at 5pm winter and summer, with no drinking water a open sanitary buckett was placed in the centre of the floor, being afraid of the supernatural we were afraid to leave our beds at nights…’

Fights were numerous among women men boys and girls there was hardly a day passed without someone fighting. Bad language wasn’t considered as such, among us and was used as normal words in our everyday speech…’

Revel describes how frightened the children were when teacher Noel White arrived at the school and in the early days he was trying to communicate with the children:

Thus for the first time in our life we were going to have a man teacher, and I can assure you that we didn’t like it and we dreaded the arrival of this stranger. Then started the questions. Who was he? What was he like? Was he allowed to cane you? and countless other questions….’

At first we hated him because Mr White as gentle as he was stood for no noncense. He soon won our confidence and respect, for Mr White was more than a teacher to us.’

With Mr White continually battling for us things gradually improved all around. We were all keen on drawing and Mr White was keener to help. Instead of going fishing or swimming most of the boys turned their attentions to doing crayon drawings weekends….’

For Mr White to trust us with the key of the class room made us very proud boys. You see we were never trusted befor so it was quite a thrill to us. As our work improved Mr White dipped into his savings to buy us better art materials.’

And as for the famous Carrolup school football team:

We loved football and I am proud to say that at this game we were never ever beaten.’

There are no doubts about Revel’s overall feelings about his teacher:

At first we hated him because Mr White as gentle as he was stood for no noncence. He soon won our confidence and respect, for Mr White was more than a teacher for us. This one man accomplished in a few short years what an whole Department could never do if they tried from now to eternity.’ 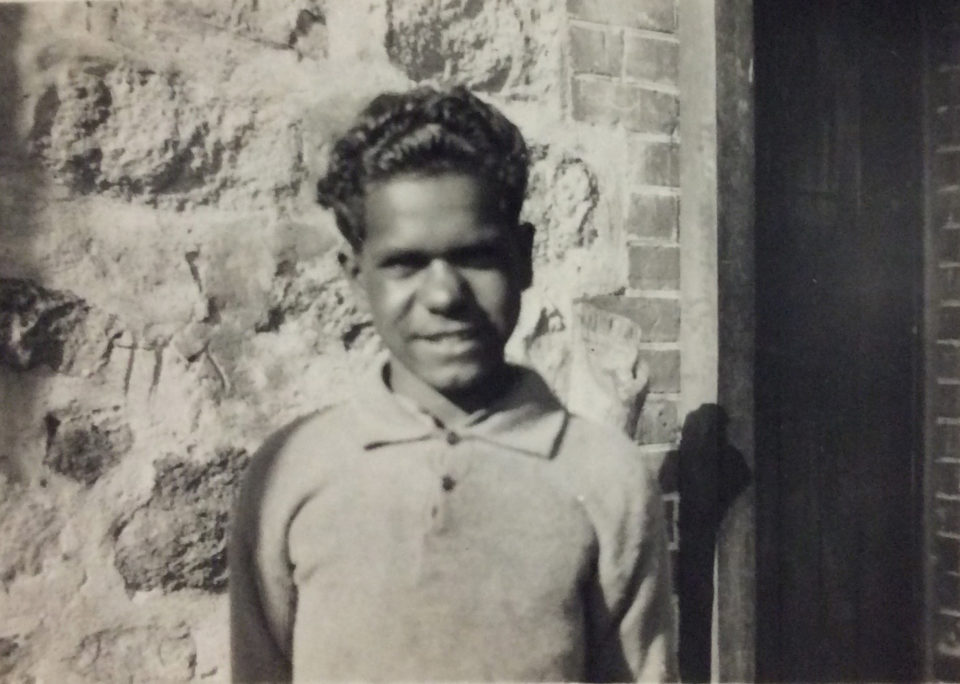