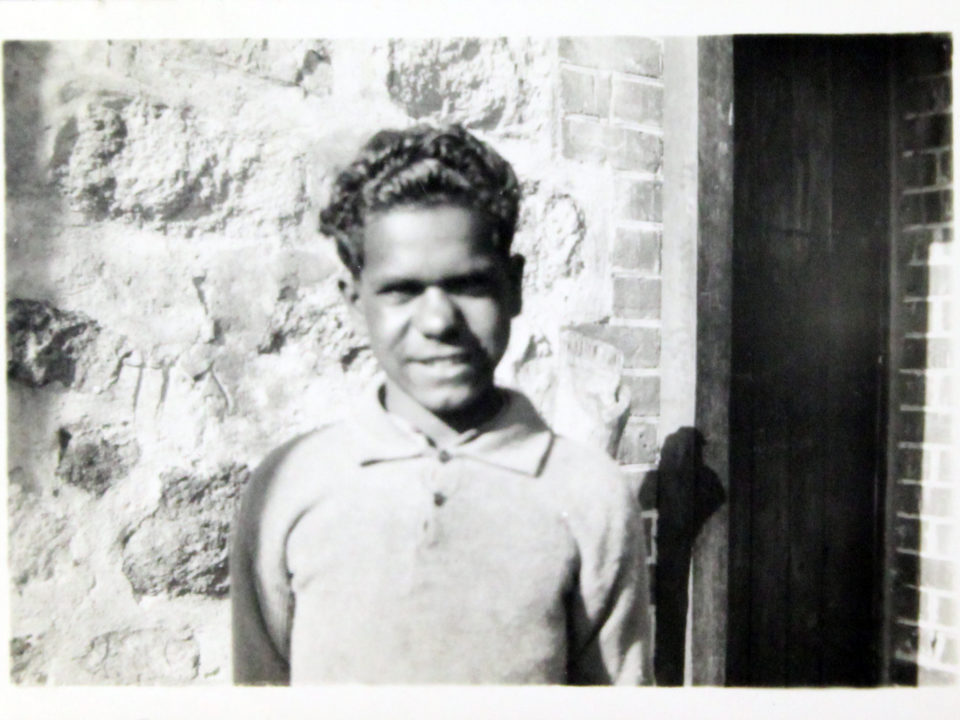 The Aboriginal children of Carrolup Native Settlement received their first newspaper coverage when Max Praed published an article entitled Aboriginal Children Show Amazing Skill in Art in the Sunday Times of 13 July 1947. The reporter first became interested when teacher John Placid Stokes showed him some of the Carrolup drawings. John Stokes had edited and compiled the Lord Forrest Centenary Booklet for which children from around Western Australia were asked to submit articles and drawings. Carrolup school had the second highest number of submissions accepted for the booklet of any school in Western Australia.

In his newspaper article, Max Praed outlined the educational approach adopted by Noel and Lily White, who aimed to develop ‘the expressive side of the children’s schoolwork by reawakening their love for drawing and design.’ He noted that the Whites also aimed to foster the children’s talent for singing, encourage group or choral speaking, and teach the children folk-dancing. Max Praed continued:

‘Children who have become so enthralled with their art, singing and dancing are applying themselves with equal enthusiasm to the business of learning to read, write, spell and calculate.

Their art work is outstanding. Children draw their lessons before they attempt any written expression. They are still reserved and shy in oral expression, but this diffidence is gradually disappearing in an atmosphere of sympathy and encouragement.

Their hygiene lessons on cleanliness, teeth, the eyes, tobacco, wine, food, good manners and other subjects are beautifully illustrated in the “comic strip” style, with neatly printed explanations alongside in case the point of the sketch is missed.

History stories – the founding of WA, Lord Forrest, Eyre and others – are illustrated in a strip of episodes.

Their keenness of observation is amazing. Pictures of the timber and dairying industries, nature studies of the marron, the various birds in the district, the kangaroo, fox and rabbit, show how exact is their observation compared with white children.

When the drawings are completed, the young artists set to work to express those same ideas in English, thus helping to break down their usual inarticulate attempts at written expression.’ Max Praed, Aboriginal Children Show Amazing Skill in Art, Sunday Times, 13 July 1947.

In late 2015, Patsy Millett, daughter of author and historian Mary Durack Miller, suggested that my good friend Michael Liu and I look through her mother’s papers at the J.S. Battye Library of West Australian History in Perth. At that time, Michael and I were interested in making a film about the Carrolup artist Revel Cooper. After I returned from visiting my children in the UK in early January 2016, Michael and I, accompanied by Cathy Coomer, a nice of Revel, visited the Battye Library. In the box files containing Mary’s papers and other material, we found a wealth of fascinating information, particularly about the Aboriginal children of Carrolup Native Settlement and their drawings.

Amongst this material, was one of Revel Cooper’s schoolbooks, his Standard VI Science Note Book. We filmed Revel’s schoolbook using my iPad and you can see this film below. Revel would have been 11 or 12 years of age when he was working with this schoolbook. You could almost touch Cathy’s excitement when she saw Revel’s schoolbook. Mike and I were also excited.