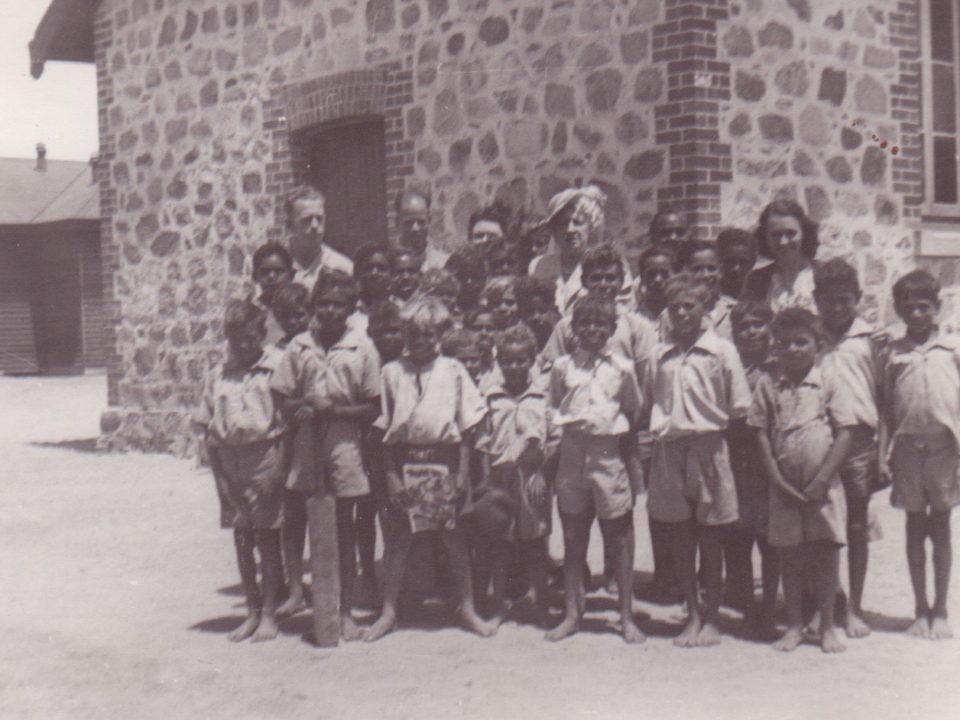 Some of the boys of Carrolup, along with teachers (from back left) Mr Ingram, Noel and Lily White, as well as Florence Rutter. Photographer: Vera Hack, 1st February 1950. Noel & Lily White Collection.

John and I are now back in Perth after our trips to visit family in New Zealand and the UK, respectively. For me, it was wonderful to see my four children and grandson, as well as catch up with old close friends in Wales, England and Sweden. However, it’s also good to now be back in the warmth of Perth, and at my old desk writing about Carrolup.

John and I met for the first time yesterday, caught up with each other’s news, and then worked through some of the matters that had arisen while we were away. We contacted a few people to arrange future meetings, and then started to work through some of our plans for the coming year.

And what a big year it promises to be! Next week will be the 70th Anniversary of a roundtable conference that took place in Perth to discuss the exhibition and sale of the Carrolup children’s art in Europe. This conference involved the Commissioner of Native Affairs (Mr Stanley Middleton), the new superintendent of Carrolup Native Settlement (Vernon Sully), Carrolup teachers Noel and Lily White, Englishwoman Mrs Florence Rutter, and Florence’s friend Vera Hack.

At the end of this month, it will be 70 years since Florence Rutter and Vera Hack visited the boys at Carrolup. Just prior to their departure from Carrolup, Florence promised the boys that she would do all in her power to make their work known throughout the world and through it assist them to citizenship and a better life.

During the coming year, we will celebrate in our blogs the 70th Anniversary of a number of other events, including the exhibitions organised by Mrs Rutter in Appeldoorn, The Netherlands (June), and at Over-Seas House in London (July – August), that gained much public and media acclaim. We will look at the letters sent to Mrs Rutter by the boys of Carrolup, and the article about Carrolup art which appeared in the prestigious publication Illustrated London News. The latter ensured that many people around the world heard about the child artists of Carrolup.

We will also look at the conflict that arose between Noel White and the Carrolup superintendent Vernon Sully during the first part of 1950, Mr Middleton’s change of mind regarding the value of the boys’ art, and the eventual closure of the school at the end of 1950. 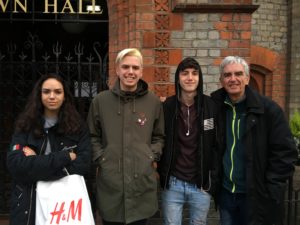 During the coming year, we will self-publish the book I have been writing, Connection: Aboriginal Child Artists Captivate Europe. I’ve been reading the book—which is almost complete—earlier this week and I am really pleased with how it has been coming together. There is still much to do at an ‘administrative’ level, including developing a strong promotional campaign before it is launched. For those of you who have been looking forward to the book, please bear with us.

John, Ash (our website developer) and I also plan to launch a second stage of the website, which will include a series of short films, later in the year. However, this development will depend on us being able to raise the necessary funding. Please wish us luck in this regard.

It’s going to be a busy year. Hopefully, one in which many people around the world will get to hear about the Aboriginal children of Carrolup and their amazing art.

Happy New Year to you all from John, Ash and I! And thank you for all your support during the past year.