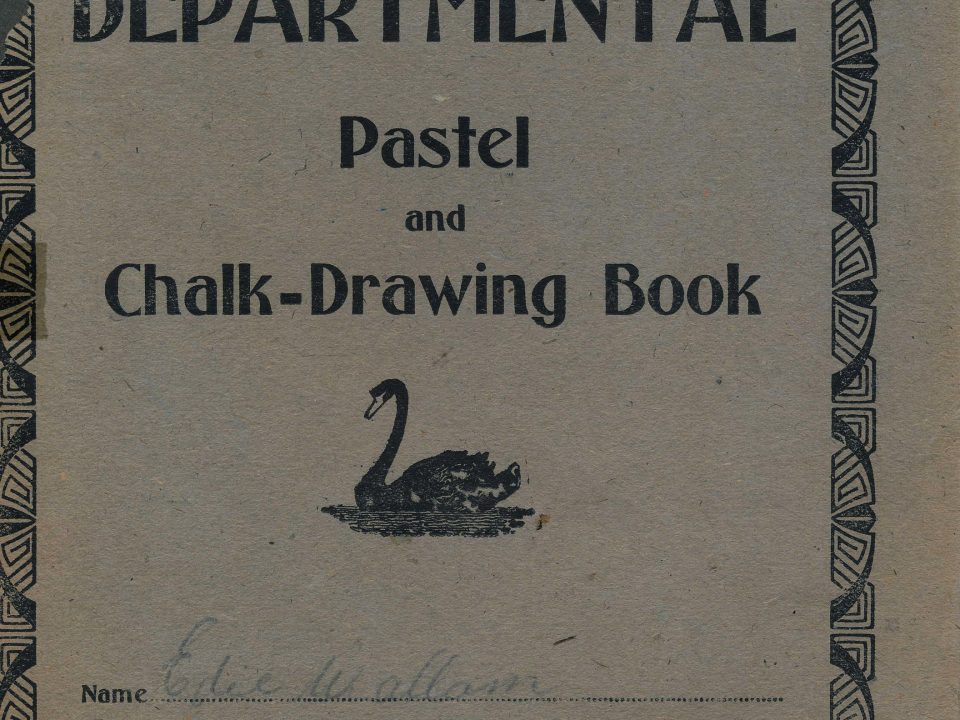 To begin with, the child artists used whatever pencils, pastel crayons and scraps of paper that were available at the Carrolup Native Settlement School. As the enthusiasm they expressed for their art was rapidly apparent, Noel White requested better materials from the Department of Education. Government Issue pastel drawing books, the same as were provided to schools throughout Western Australia, were sent, along with an assortment of pastel crayons.

The drawing books, of which a number have survived in different collections, measure 28.5 x 22cm (an Imperial size known as ‘quarto’, or demy 4to), and comprise 16 leaves in different tones, separated by tissue paper to prevent the images from rubbing directly against each other. 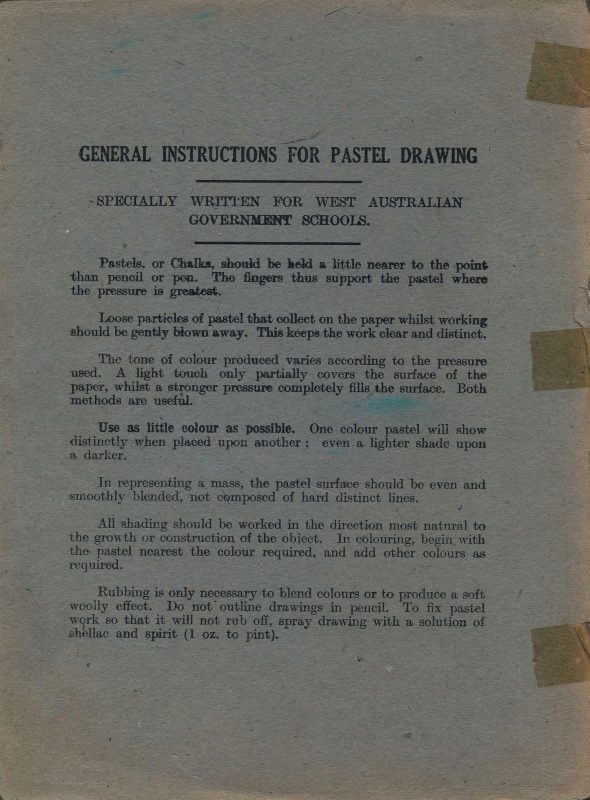 Interestingly, instructions are given to pupils on the back cover of each book, detailing how to physically create pastel drawings, issues to be aware of, and even how to stabilise the artworks.

The pastel books represent, though, a major conservation issue given their age (72 years) and fragility (the pastel drawings have never been consolidated or ‘fixed’). In some cases, the covers have become separated from the body of the books; the staples are often rusty.

In scanning the three pastel drawing books belonging to John Benn in Kojonup last month, I had a great deal of difficulty in physically handling the books: placing them on the platen of the flatbed scanner, and then retrieving them—even if the scanning itself just took a matter of seconds. Even more serious, was the amount of pastel dust deposited on the glass platen, underlining the fragility of the artworks, and necessitating repeated cleaning of the platen.

Each page was scanned at 600dpi to create a PDF file of just under 1Mb; after Photoshopping to enhance exposure and contrast, both of which are flattened by the scanning technology, a JPEG file of approximately 4Mb was created for the archival record.

The pastel drawing books that survive are rare and very important cultural artefacts. They represent a clear statement of the child artists’ creative abilities, and track the development of their techniques and subject matter during the period in which they were created.