To Regain Our Pride: Revel Cooper 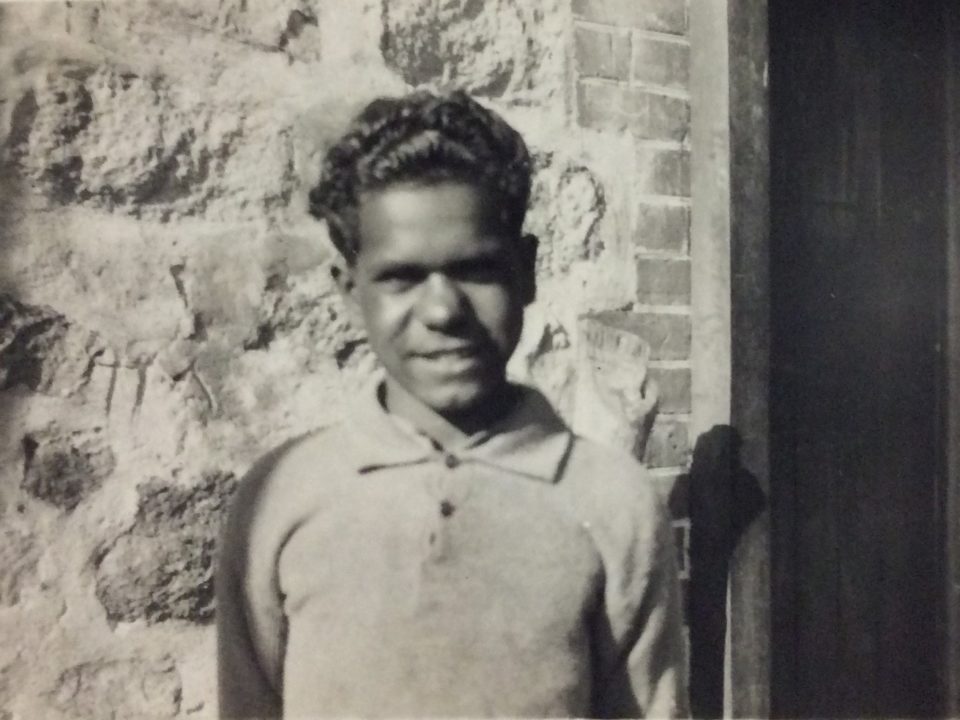 In 1968, one of the best known Carrolup artists, Revel Cooper, wrote a seminal article in the Aboriginal Quarterly whilst he was serving time in H.M. Training Prison in Geelong in Victoria. In this article, Revel emphasises the importance of pride to Aboriginal people.

In To Regain Our Pride, Revel said:

‘Firstly, the Aboriginal was deprived of everything, his country, the freedom to live his chosen way of life. But the greatest and most depressing loss of all was the loss of man’s greatest and most treasured asset, the possession of pride. A man without pride is doomed to failure…’

Revel goes on to describe the dreams he had at school and how he later became embittered by the discrimination he saw towards Aboriginals.

‘As a child of about seven, I was ‘warranted’ to Carrolup Natives Settlement, West Australia. Those of you who have read ‘Child Artists of the Australian Bush’ will have some idea of the conditions that prevailed there.

I was anxious to learn and always had a soft spot for my elders, who were not as fortunate as I, to be able to have the opportunity to learn to read and write; and in dreams I promised myself my life would be a standard way above that which my less fortunate friends and relations had to bear.

At school I was taught to believe that I was equal to all men, and walked with confidence and pride towards winning for myself an honest and decent life.

I was literally thrown out of school at the age of fourteen, and I drove a sixteen-horse team on the Settlement for some time, before being sent out to farm for work. I was to be paid five pounds per week, plus keep. After three months of working from daylight to dark, I was given five pounds plus my walking ticket.

I returned to my home town, Katanning, West Australia, got a job on a farm, joined the local football club and was generally accepted by the white community.

One night when attempting to purchase tickets to the local picture show for myself and two of my Aboriginal mates, I was told I could go in, but not my friends. The result was that none of us got to see the show, as I refused to go in without my mates.

It was from that time on I became aware and more conscious of the discrimination towards Aboriginals, and began to expect and look for signs of discrimination, and became embittered towards the white society.

I was not born with an inferiority complex. I did not acquire one. I had one forced on me, and was made (by law) to accept this complex as my just lot.‘