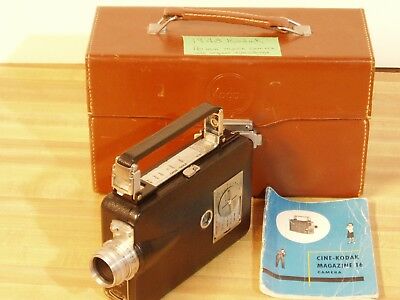 One of the puzzles in the Carrolup Story concerns the missing cine film that Mrs Vera Hack (later Gaarde) took of the Aboriginal boys of Carrolup Native Settlement on 1st February 1950. 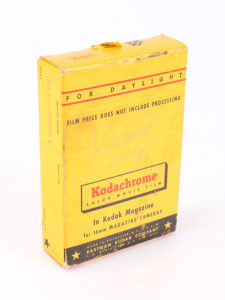 Vera told me about the film when I interviewed her at her home on 24th January 1986, during the early phase of the Carrolup Project. She relayed to me driving Florence Rutter down to Carrolup for the latter’s second visit, bringing along with her a folding roll-film camera so she could take some photos of Mrs Rutter with the children.

She also brought along her Cine-Kodak, which she used previously for family recordings. In those days, the Kodachrome 16mm colour movie came in a cartridge with a 50 foot (15.24 metres) capacity, which loaded simply into the camera. Running at 16 frames per second, the cartridge provided 2 minutes and 5 seconds running time.

This is very different to recording material with today’s digital cameras!

I subsequently ran all of Vera’s 16 mm films through my cine editor, cleaning dust and dirt off with my gloves as I went, but none of the spools in the box (there were about 120 in all) contained the Carrolup material. 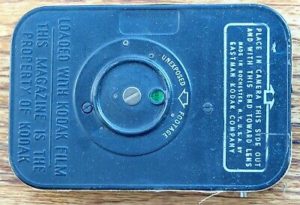 She wondered if perhaps she had sent the film to London, after receiving it back from developing in Sydney (where all Kodachrome had to be processed), as it would not have been ready for Florence to take with her on the ship back to England.

I also asked Margaret Edenburg, Mrs Rutter’s daughter, whether she knew anything of the movie. She didn’t. And neither did Mary Durack, who collaborated with Florence Rutter in writing Child Artists of the Australian Bush. So this search came to a dead end.

Perhaps, maybe, the missing movie will turn up someday either in London or Perth, or somewhere else, a vital record of the child artists of Carrolup!