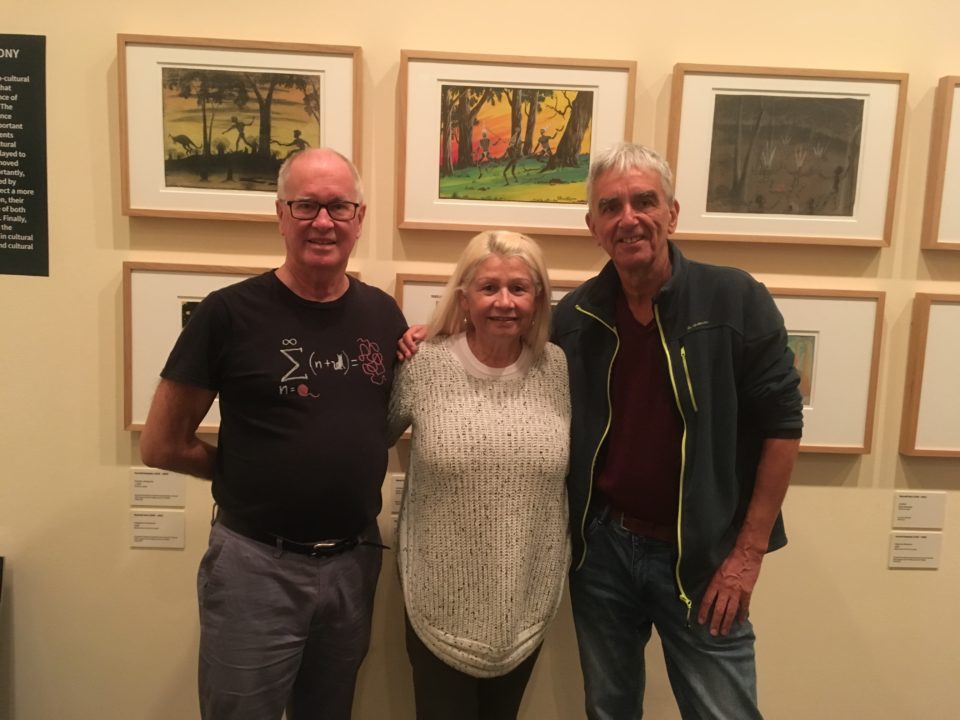 Cheryle Jones with John Stanton and David Clark at the Carrolup Revisited exhibition by the Berndt Museum of Anthropology held in the Lawrence Wilson Art Gallery, The University of Western Australia, 8th June 2019. Cheryle's mother Mildred was at Carrolup when Noel White was teacher and appears in a photo with Mrs Florence Rutter.

The book I’ve been writing in association with John Stanton, Connection: Aboriginal Child Artists Captivate Europe, has finally been finished. It will be published as an eBook and iBook from June 23rd, just seven weeks away today. We’ve chosen that date for the launch, as it is the 16th birthday of my youngest daughter, Natasha. Sadly, Tasha lives on the other side of the world, in the UK.

I say just seven weeks away, as I have lots to do before the launch. At present, I am learning the Apple distribution platform and once I’ve submitted the book there, I will submit it to other platforms, including Amazon. I am developing a marketing campaign which involves a variety of different tasks.

One of those tasks has been to develop an Author’s page on Facebook, where you will not only find posts about the upcoming book about Carrolup, but other books on which I am working (more about these at a later date). I’d be very grateful if you would like ‘Like’ this Facebook page, which is called David Clark@WiredInToConnection. Those of you who know about my career will know why I have selected this name.

‘Western Australia, 1946: When teacher Noel White arrives at government-run Carrolup Native Settlement, he cannot communicate with the traumatised Aboriginal children, as they are so fearful. The children, forcibly removed from their families as part of government policy, live in squalor.

Noel connects with the children through his empathy and a unique education programme, and inspires them to create beautiful landscape drawings that gain widespread public recognition. The children also display educational, sporting and musical achievements, despite the ongoing adversities they and their teachers face. A 71-year old Englishwoman, Mrs Florence Rutter, visits Carrolup and tells the children she will do all in her power to make their work known throughout the world. As Mrs Rutter exhibits the artworks in Europe to much acclaim, the Western Australian government closes the school without warning.

The children’s dreams of a better future are shattered by this closure, and by the adversities they faced in a white-dominated society that considered them ‘inferior’. The dreams of one talented artist, Revel Cooper, become a nightmare when he faces a charge of murder in the state’s Supreme Court. The all-white jury cannot come to a decision after the first trial, so Revel is tried again a week later.

Author David Clark is a Professor Emeritus of Psychology who has spent the past twenty years developing initiatives that empower people to recover from addiction, mental health problems and intergenerational trauma. John Stanton, an Adjunct Professor and former Director of the Berndt Museum of Anthropology at the University of Western Australia (UWA), has been involved with the Carrolup story for over 40 years. David and John’s Storytelling, Education and Healing online resource The Carrolup Story (www.carrolup.info) is closely associated with this book.’ 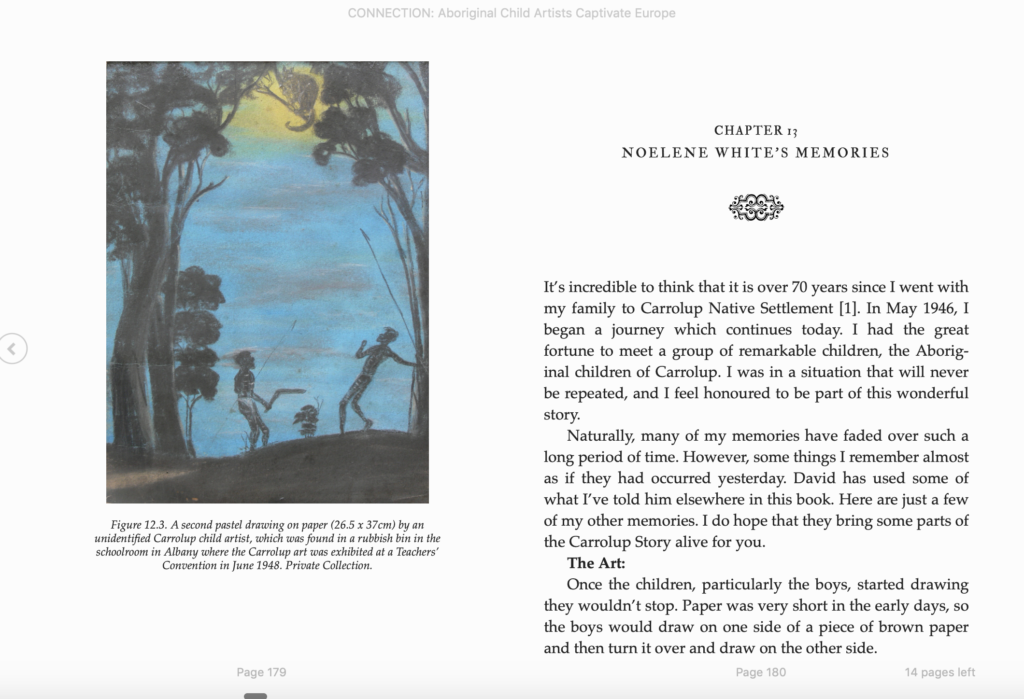