‘Carrolup’, a Song by Dilip ‘n the Davs 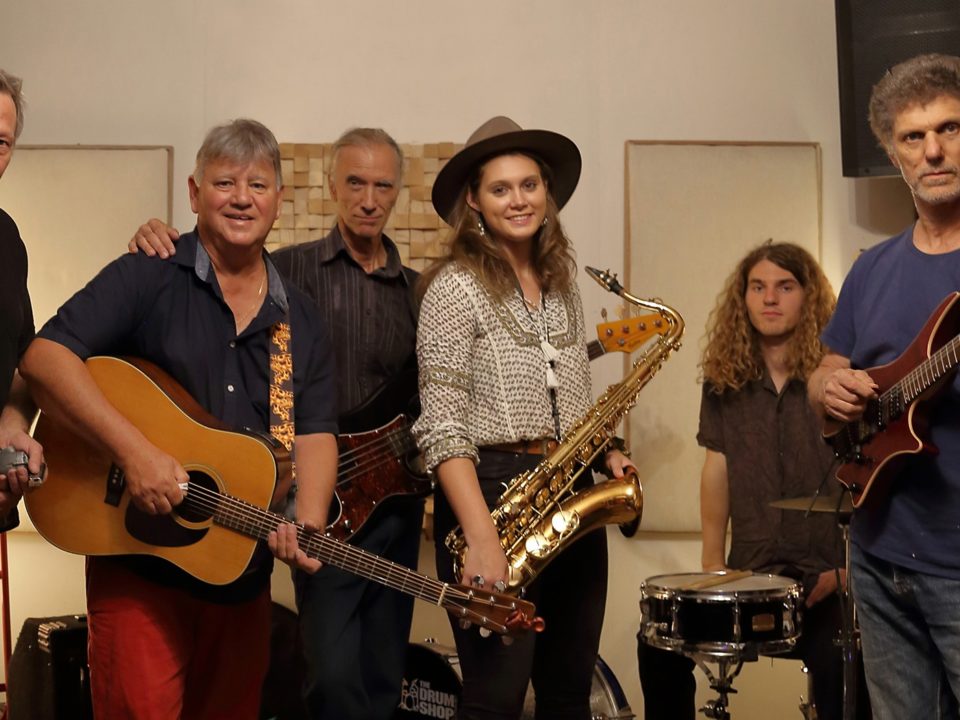 The new line-up for Dilip 'n the Davs, who recorded the song Carrolup written by Dilip Parekh. First released in 2008.

Within seconds, I clicked on Dilip’s link and started to listen to his song Carrolup. It wasn’t long before tears were running down my face. The song was beautiful, just what I’d love to have been capable of writing and performing. I’m not a musician, but I could tell that this song had come from the heart.

I called John and then Noelene White, daughter of teacher Noel White. She just loved the song and wanted to keep playing it.

I left a message for Dilip and he called me back. There was no doubt that the song had come from his heart. Dilip told me that he had been greatly moved by the Carrolup story after attending the Koorah Coolingah exhibition in Katanning in 2006. He visited Carrolup and later wrote the song, which was included in the band’s album Don’t Mind If I Do in 2008. After hearing from me, John remembered Dilip giving him a CD containing the song around that time.

I was very excited talking with Dilip and I sensed his excitement as well. We had a good yarn and discussed various things we could do together. We agreed to stay in touch.

Wow, what an awesome day so far! Thanks for getting in touch, Dilip.

So why not click the link and listen to Dilip and his band singing about the children of Carrolup?