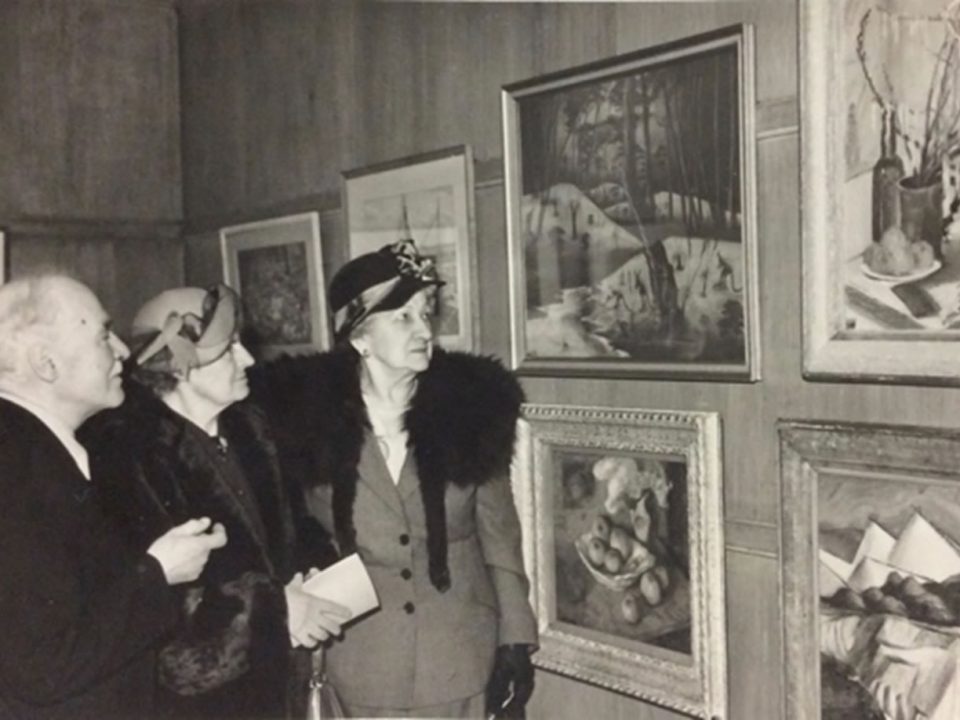 A pastel by Parnell Dempster adorns a wall at the Pastel Society in London in 1951, proudly talked about by Mrs. Rutter.

Just a reminder that you can find links to a summary of the Carrolup Story in 12 parts here. These summaries start with the impact of colonisation on Aboriginal people and end with the ‘missing’ Mrs Rutter collection of Carrolup art being permanently returned to Noongar Boodja (Country) and housed at the John Curtin Gallery at Curtin University in Perth.

In this blog, I briefly summarise how Mrs. Rutter took a collection of Carrolup artworks to Europe in February 1950 and exhibited them in England and The Netherlands. I also briefly summarise what happens in Western Australia during the next ten months.

However, an open conflict breaks out between the new supervisor at Carrolup, Mr Sully, and Mr White. Mr Sully stops the boys working on their art in the evenings and weekends, preventing Mr White from providing new artworks for Mrs Rutter to exhibit and sell. Mrs Rutter protests to Mr Middleton.

Mr Sully files a formal complaint against Noel White to the Department of Native Affairs. He claims that the boys’ art and football successes give them, as ‘ill-equipped “niggers”’, a false impression of the world they will eventually have to face.

In London, over 300 people, along with reporters from 14 publications, attend the opening of Mrs Rutter’s successful two-week exhibition of Carrolup art at Over-Seas House. Mrs Rutter tells Mr Middleton that there is a strong demand for the boys’ art in England. She says that the boys are likely to earn the same as famous Aboriginal artist Albert Namatjira, £1,500 (over $76,000 in today’s money) per annum. 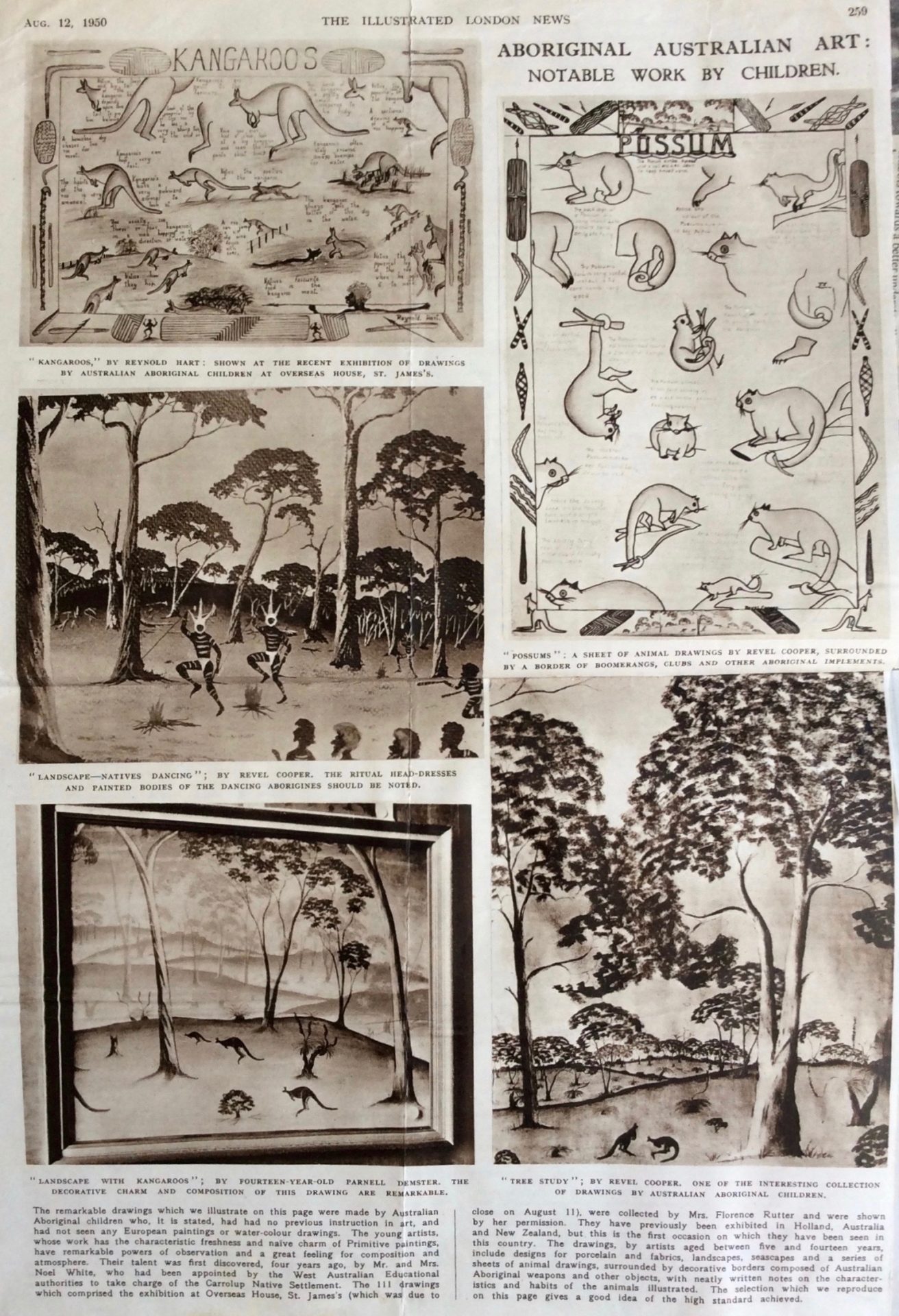 Mrs Rutter gets a shock when she receives her next letter from Mr Middleton. He tells her that there will be no more art for exhibition or sale:

‘…in the education of the boys in a way that will befit them to take their place on terms of reasonable equality with the whites, it was NOT in their best interests to put the emphasis on art which, at best, would never earn them a living and would, as at present, be treated only as an interesting curiosity…’ S G Middleton, 1950

In December 1950, the Department of Native Affairs  closes down Carrolup School, with little warning to Noel and Lily White. They are devastated.

Here’s a film clip of John talking about the publicity created by the Carrolup artworks after they reached England.