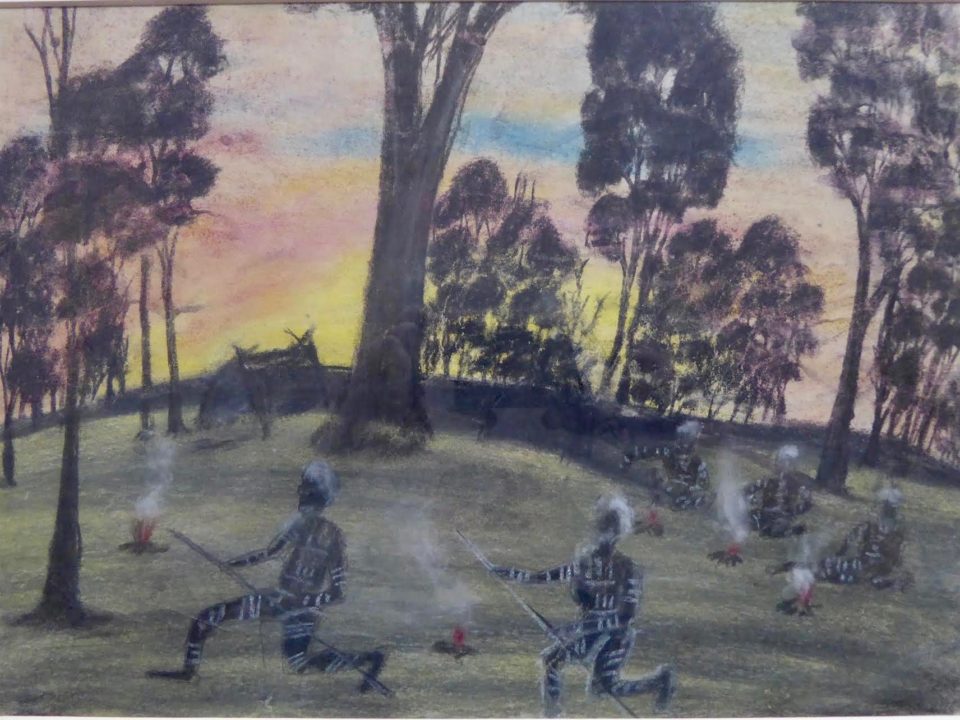 A Carrolup drawing, by Reynold Hart or Parnell Dempster, that was exhibited at the Convention of Departmental Teachers in Albany in June 1948.

I just wanted to remind you that the book I have been writing, in association with John Stanton, Connection: Aboriginal Child Artists Captivate Europe, will be released as a digital book that can be downloaded from Amazon, Apple Books and Kobo on the 23rd of June, just 22 days away. That day is my daughter Natasha’s 16th birthday, so there will be a double celebration.

The Apple and Kobo digital versions comprise over 145,000 words, over 40 figures and illustrations, and over a 100 links to photos of the drawings, documents, newspaper clippings, letters, extracts from the School Journal, and other information. The Amazon digital version has less figures (due to publication charges based on the size of the file), but any ‘missing’ figures are shown via links.

Here is what I have written to publicise the book on the distributors’ websites.

‘Western Australia, 1946: When teacher Noel White arrives at government-run Carrolup Native Settlement, he cannot communicate with the traumatised Aboriginal children, as they are so fearful. The children, forcibly removed from their families as part of government policy, live in squalor. 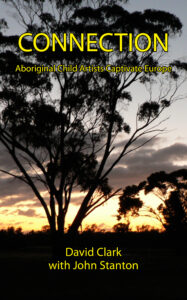 Available as a downloadable eBook (Amazon, Apple Books and Kobo) from 23rd June, 2020.

Noel connects with the children through his empathy and a unique education programme, and inspires them to create beautiful landscape drawings that gain widespread public recognition. The children also display educational, sporting and musical achievements, despite the ongoing adversities they and their teachers face. A 71-year old Englishwoman, Mrs Florence Rutter, visits Carrolup and tells the children she will do all in her power to make their work known throughout the world. As Mrs Rutter exhibits the artworks in Europe to much acclaim, the Western Australian government closes the school without warning.

The children’s dreams of a better future are shattered by this closure, and by the adversities they faced in a white-dominated society that considered them ‘inferior’. The dreams of one talented artist, Revel Cooper, become a nightmare when he faces a charge of murder in the state’s Supreme Court. The all-white jury cannot come to a decision after the first trial, so Revel is tried again a week later.

Author David Clark is a Professor Emeritus of Psychology who has spent the past twenty years developing initiatives that empower people to recover from addiction, mental health problems and intergenerational trauma. John Stanton, an Adjunct Professor and former Director of the Berndt Museum of Anthropology at the University of Western Australia (UWA), has been involved with the Carrolup story for over 40 years. David and John’s Storytelling, Education and Healing online resource The Carrolup Story (www.carrolup.info) is closely associated with this book.’

I’m now busy promoting the book ready for the launch. Tomorrow, I’ll post a blog about the importance of the book. 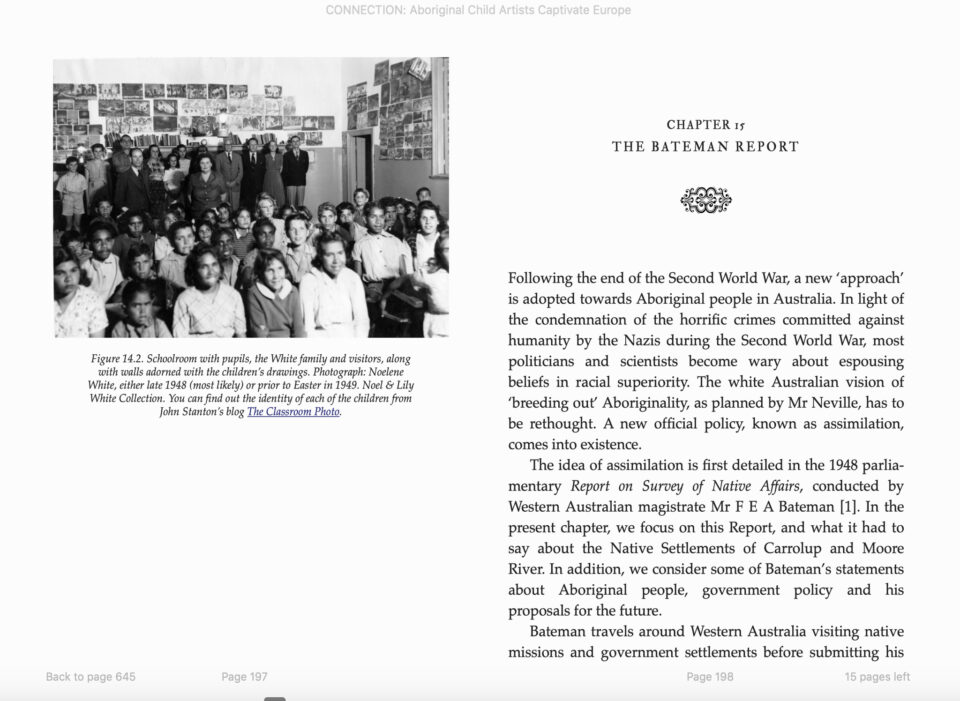