How The Carrolup Children’s Art Started 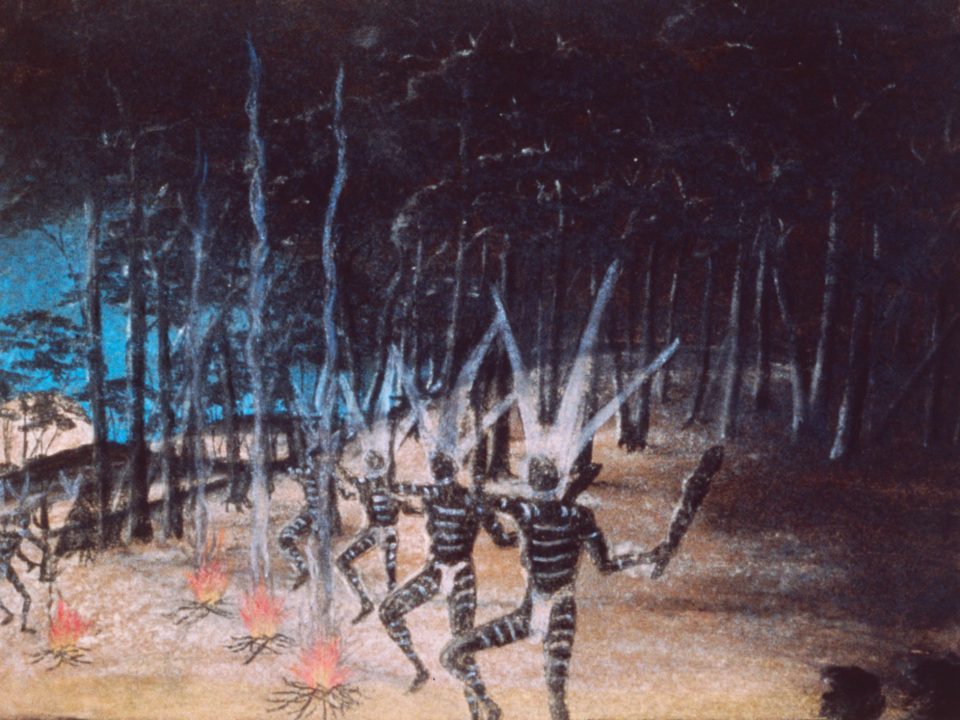 In an earlier blog, I described how the children of Carrolup were running wild in squalid conditions on the settlement during the first half of the 1940s. This description was provided by one of the artists (Revel Cooper) in a letter he wrote in 1960. Most of the children at Carrolup had been taken away from their families as a result of government policy.

In another blog, I provided a quote from teacher Mrs Elliot taken from the School Journal (22nd June 1945) which describes the behaviour of the Carrolup children. I point out that these behaviours are signs of trauma. Clearly, the children were very frightened when they first met their new teacher Noel White in May 1946, as described in Revel’s letter.

‘The first week at school with our new teacher we were all scared stiff. I think if it wasn’t for the ever present smile of Mr Whites we would have all stormed out of the school and ran for our lives.’

‘When we came to Carrolup 3½ years ago we found the children somewhat wild, very shy, very frightened of us. We just could not get through to them at all. We thought the position hopeless, and had almost decided to resign, when one day (about a week after our arrival) I saw a boy [Parnell Dempster – DC] drawing some trees on a piece of brown paper. I patted his shoulder and, remarking they were very good, asked him how he would like to do some in colours if I got him the crayons. He looked at me for the first time, and just nodded his head. I bought some crayons and drawing paper and set them to work. Neither my wife nor I draw, so the children were left entirely to their own devices. We gave them two afternoons a week to develop their art in their own way, giving no advice or direction at all. We encouraged them by praising their work and taking a keen interest in it.’ Florence Rutter, Little Black Fingers, 1950, p. 2

I’ll write more about the development of the Carrolup children’s art in a later blog.