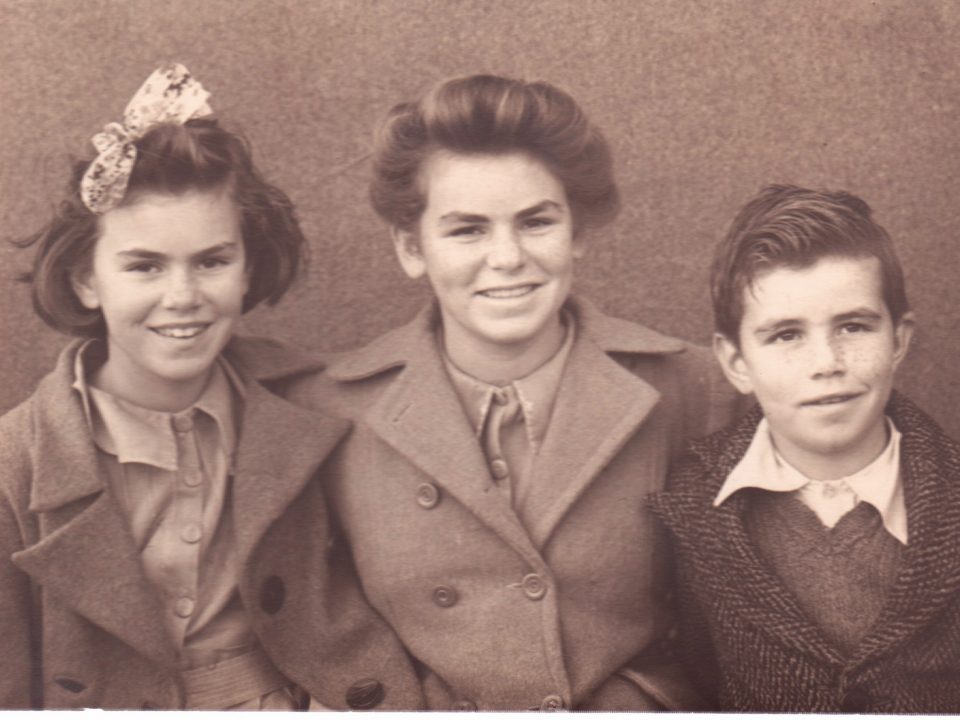 I’ve included two sections so far that focus on the memories of Noelene White – daughter of Noel and Lily White – as described in our forthcoming book The Aboriginal Child Artists of Carrolup. You can find those blogs here and here. I now include some further memories, related to life at Carrolup.

The butcher’s shop on the Settlement was opposite our house. Big Jack Cudgel, one of the trackers, was the head butcher. When a sheep carcass was brought in to the shop, the Aboriginal ladies would be waiting outside at the back for the ‘titbits’. These titbits consisted of the entrails and goodness only knows what else. They were considered a delicacy. We frequently heard cries of, ‘Nurse Whites, Nurse Whites, Mary’s got my guts and won’t give them back!’ Mum would then have to arbitrate over the entrails. [Mum wasn’t a nurse, but she was commonly called, ‘Nurse Whites’.]

The Aboriginal people of Carrolup loved an audience. The bigger the audience, the better the turn they’d put on. One time, Jenny and I watched a huge fight in front of the staff quarters between two young women over a boyfriend. Both women wanted the same man, and so to settle the dispute they decided to ‘have it out’.

They sat on the ground opposite each other, legs out in front of their body, each armed with a huge waddie (lump of wood). At a given signal, one woman lowered her head while her adversary raised her waddie above her head and brought it down with an almighty crash on the first woman’s head.

Whereupon, the recipient of the blow shook her head, looked around wildly to see who was watching, picked up her waddie, and while the first woman lowered her head… whack!

The performance was repeated. Blow after blow was metered out until one of the women finally gave in. The other participant had ‘won’ the man.

Of course, this was no silent event! There were howls and wails, and calls for ‘Mr Whites! Mr Whites!’ Dad came running over to find blood everywhere. The ‘rellies’ of both sides gathered around to watch the event.

At the end, the participants went off to the Settlement hospital to be patched up. How they survived it all, I don’t know? But I do know the two women ended up friends. The man (Jack Cudgel, I think) was flattered and was happy to go along with the final decision. Jenny and I stood wide-eyed watching.

Aboriginal funerals at Carrolup were a very sad affair. The women would follow the ‘hearse’, a big old cart pulled by a couple of horses, with the most pitiful lament. Their voices became shriller and shriller, and the wailing was something else again. They would wail and howl all the way to the old burial ground, which was a plot of ground outside the Settlement. A simple grave was dug. There were no headstones, nothing to say who was buried there. I don’t know if the superintendent kept a record. I suppose he did, but…

Jenny and I often played hide-and-seek with the Aboriginal children. They would say to us, ‘Why don’t you go into the bush and hide, and we’ll try to find you?’ We’d head off to the stream in the bush to find a place to hide, covering our path by using branches to sweep away our footprints and walking backwards in the water to deceive our chasers.

However, they’d always find us quickly, no matter what strategies we employed to remain hidden.

Sometimes, the trackers would try to find us. They always did, and then all you’d hear was a great big laugh.’ ©) The Aboriginal Child Artists of Carrolup, David Clark and John Stanton, to be published later this year.