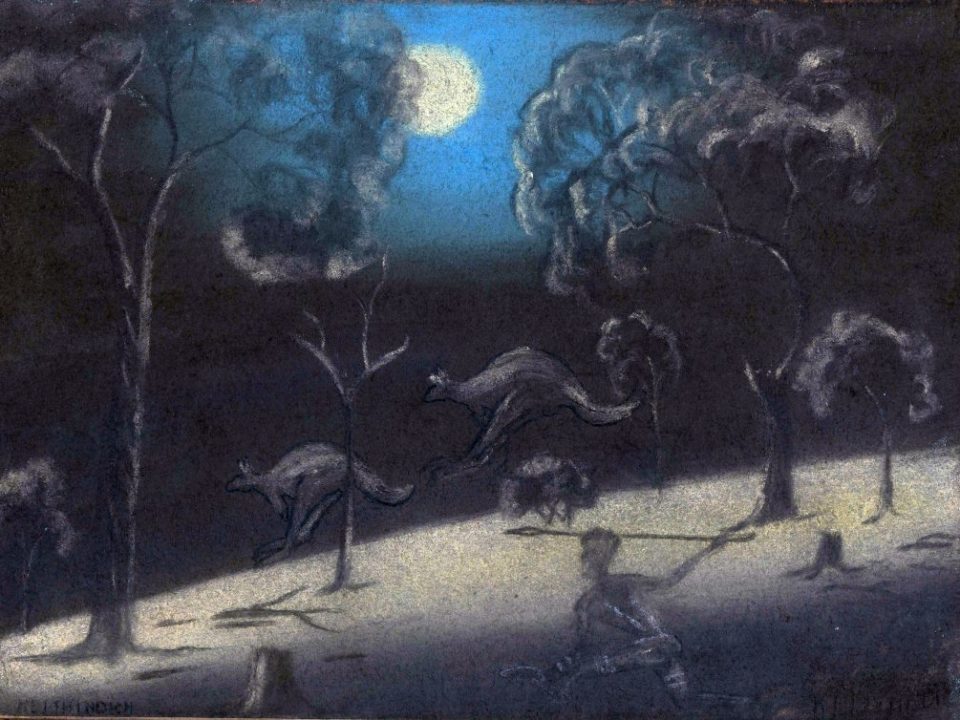 A pastel drawing, 28.5 x 22cm, by Keith Indich from one of his government-issued pastel drawing books. The Myrtle K Benn Collection, 1947.

In a previous blog, I highlighted the pivotal role that teacher Noel White played in the development of the art of the Aboriginal children of Carrolup Native Settlement. We know from a letter written by School Inspector Sammy Crabbe to Dr Kenneth Stewart Cunningham, Director of the Australian Council of Educational Research, as well as from letters written by the children and various newspaper articles.

It wasn’t just the children’s art that was so impressive, but also their schoolwork, embroidery, singing and their football team. Noel White also played a major role in helping the children improve their social and emotional wellbeing.

One of the first indications of the impact that Noel was having on the children, and the ambitions he had for them, comes from a letter written by Native Affairs District Inspector Bill Gordon (coach of the football team) to the Acting Commissioner of the Department of Native Affairs, Mr Charles L McBeath. The letter was on the 24th June 1947, just over a year after Noel and his family moved to Carrolup. 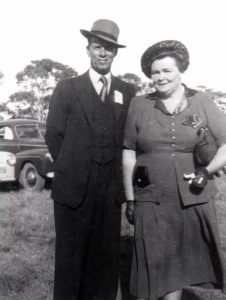 ‘Mr White has in my opinion proved himself over the last twelve months to be a man who has shown unusual initiative and interest in the natives generally, particularly in the education of the children.

I proceeded with him to the schoolroom where I observed work done by the children and it was of such a standard that it even amazed my lay mind. The art that these children are producing insofaras crayon drawings are concerned has to be witnessed to be believed, and I would go as far as to say that the art being brought out in these children approaches the standard of General MacArthur in your room. Their writing is also of a very high standard, and in some instances it is almost copperplate.

During my visit to the Settlement I have been interested in the work done by the children and I can safely state that I have never seen during my inspections anything to approach the standard already acquired at Carrolup Native Settlement.

Mr White is wrapped up in his work and at no stage did he ever state he is desirous of leaving the place, as he informed me that he is out to prove to the Education Department that the native mind and capabilities are equal to, if not better than, those of the white children. [My bold]

I would recommend strongly that you visit Carrolup Settlement in the near future, not only to clear up the matter of dissatisfaction among the staff, but so much as to see the progress made by the children over the last twelve months.’ CONNECTION: Aboriginal Child Artists Captivate Europe. David Clark, in association with John Stanton. Copyright © 2020 by David Clark