Show Us A Light 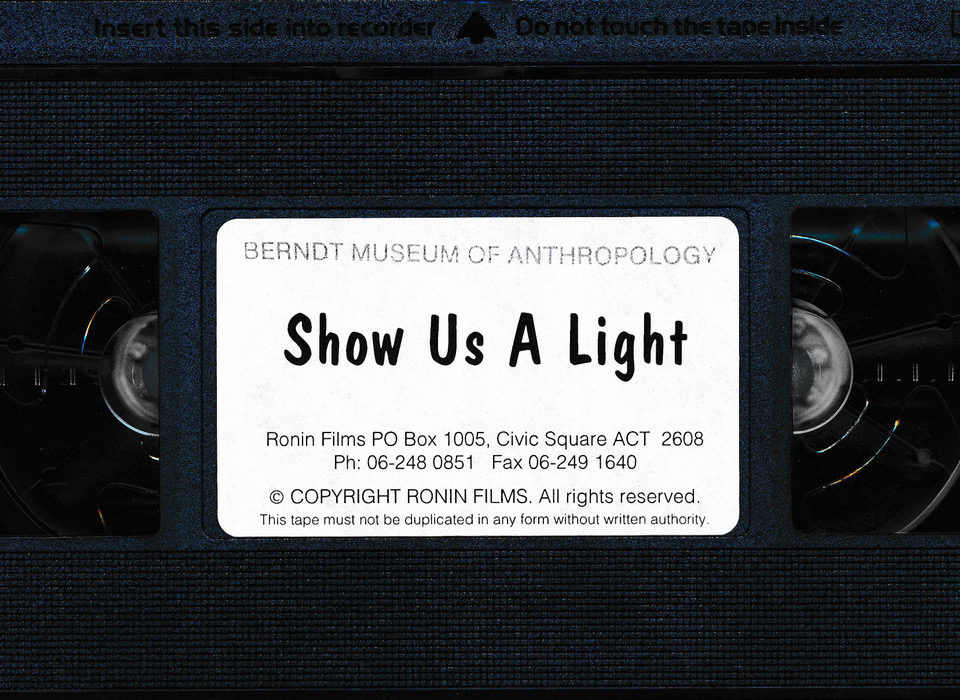 Videotape of the film about Carrolup, Show Us A Light, which was directed by Nancy Sokill and produced by Pat Nunn. 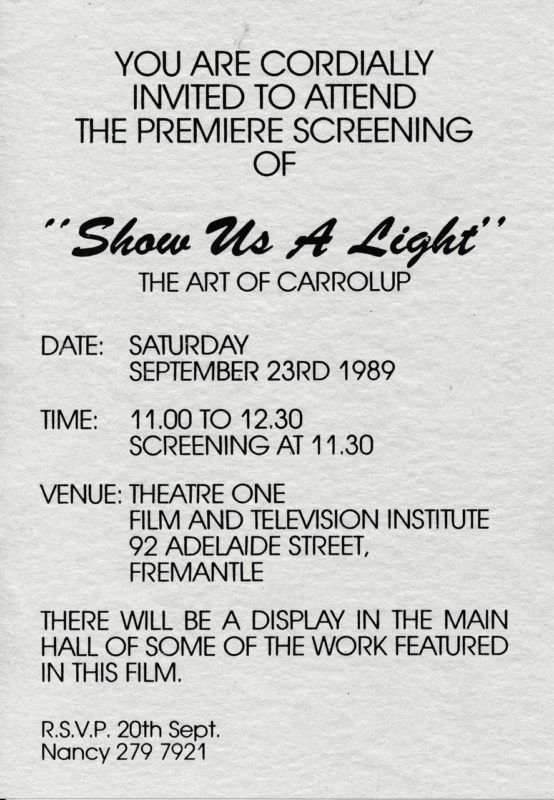 The video film, which came to be known as Show Us A Light, was part of the Project funding. Perth-based film director Nancy Sokill was engaged to create the film from interviews and other recordings in the South-West, as well as featuring the Berndt Museum’s collections. The video was produced by Pat Nunn, the Social Worker at the Marribank Family Centre.

The film was to be an educational resource, which would be available to schools and universities throughout Australia, and it was hoped that a national TV broadcast would be scheduled on the ABC.

The film was distributed on DVD by Ronin Films, Canberra. Now available from this website. You can see a clip from YouTube below.

Figure opposite: Publicity for the 1989 premier of Show Us A Light.