Were the Children Paid for their Art? 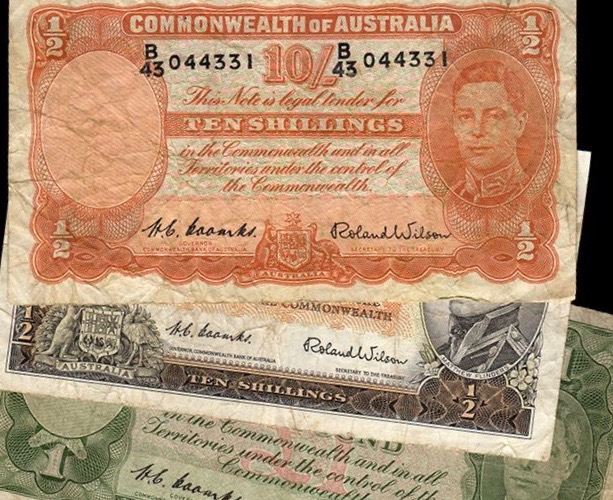 I’m afraid the answer to this question is ‘No’!

The child artists were minors at the time, as well as Wards of the State, so they couldn’t receive any money until they turned 21, the age of majority at that time. The funds earned from sales of their art had to be put in a Trust, operated by the then Department of Native Affairs (DNA; from 1955, known as the Department of Native Welfare).

On 27thJanuary 1950, before Mrs Rutter visited Carrolup for the second time, she, the Whites and Mrs Hack (who was to drive Mrs Rutter to Carrolup) met with Mr Middleton, the Commissioner for Native Affairs, and the new Superintendent at Carrolup, Mr Sully, to discuss Government (i.e Departmental) policy on future art sales.

A fund, the ‘Florence Rutter Trust Fund’, named in her honour for the work she was doing to popularise the children’s art, was set up at the Department of Native Affairs to hold the proceeds of art sales for when the children became adults. However, some of the money in the Trust Account could be used by the Department to buy art materials and other items such as clothing and footware for the children at Carrolup School—although DNA should have been providing these items from its own budget, anyway!

In the late 1980s, after I had started started the Carrolup Project, Margaret Edenburg (Florence Rutter’s daughter) showed me the letter she had sent to her daughter saying that she had sold her personal collection and the ‘residue’ of the materials that had been with her for sale, to an American, Herbert Mayer.

Indeed, this is the first I knew about the transfer of artworks to New York. The sale included other materials, such as the printing blocks from the book ‘Child Artists of the Australian Bush’, as well as remaining copies of this publication.

Earlier, Florence had purchased a number of key works for her personal collection, which (according to Margaret) she had originally wished would go to the members of her family. Family members were disappointed, but knew their mother was under great financial stress. Also, according to Margaret, proceeds from the sale to Mayer of the ‘residue’ items was transferred to the Trust Fund here in Perth.

With Margaret’s information about the Trust Fund, Ron Berndt, Ken Colbung and I spent several months in the 1985-6 period together trying to find out from the then Aboriginal Affairs Planning Authority (AAPA), successor to DNA, what had happened to the Trust money, as there should have been a record of its distribution once the artists achieved their respective majorities. Ken and Ron made representations ‘at the highest level’, as they told me, to try to locate the Trust Fund. It was very difficult to know what sum of money we were looking for we had no record of the number of artworks sold, nor for how much these were sold for.

However, we came up against a brick wall.

There certainly is a record of the Trust being established at DNA, but we could never find what had happened to the money. There was absolutely no trace of it. The three of us suspected that it had gone back into Consolidated Revenue at some point, but the Treasury could not locate it, either.

Possibly the transformation of DNA into DNW, and then into AAPA, had something to do with it, a lack of corporate memory. This is a guess—but not an excuse—for the negligent lack of transparency and duty of care to the Trust.

That the children were never paid for their work, although they perhaps benefitted from it to a small degree, has been a sore point among the child artists —and subsequently their families.

It is certainly true that successive State governments took money from many Aboriginal people, not just children, as a matter of policy. The ‘missing’ salary earnings of ALL Aboriginal people employed in the State, as elsewhere (Queenland is a case in point), mainly employed in the pastoral, farming and domestic sectors, were held in trust by DNA, with only a small ‘allowance’ being immediately available to adults alone.

This issue of the missing salaries has already been the subject of a Commission of Enquiry in Queensland, and an Enquiry in WA initiated by Ken Colbung from the late 1970s, neither of which went anyhere.

It is downright immoral that the Department of Native Affairs and its successors failed in its duty of care to protect the interests, indeed the persons, and well as the income, of the child artists of Carrolup.