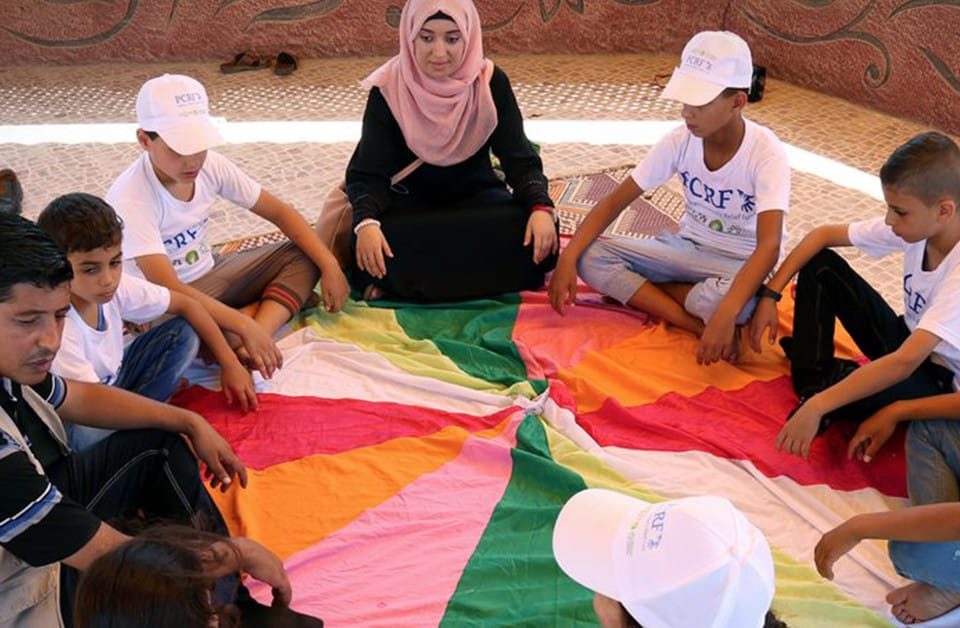 Building Resilient Communities in Gaza: The Center for Mind-Body Medicine.

Here is a wonderful talk by James Gordon, Founder of The Center for Mind-Body Medicine in the US. The Center for Mind-Body Medicine creates communities of hope and healing. It has the world’s largest, most effective evidence-based program for healing population-wide psychological trauma and stress. It brings together a variety of techniques drawn from the world’s healing traditions, as well as modern medicine to help whole populations learn to heal themselves.

Dr Gordon briefly refers to several topics, but the main focus of his talk is on the Center’s work in Gaza. He starts by describing how he is sitting in Shigeo, a Gaza suburb bombed out during the war with Israel, with a group of eight children who have lost their fathers. He’s working with the children in a healing circle group. During the talk, we hear about the transformation of nine-year old Azhar, a Story that is both stimulating and deeply moving.

Importantly, Dr Gordon goes on to say near the end of the talk:

So she has gone from being a despairing child seeing only death after her trauma, from having her heart broken, to being able to open her heart to others and to herself, and reaching out of her own pain and her own wounded-ness to be able to heal others. What I hope is that Azhar will be able to continue this like so many others I have seen, and like myself as well, our traumas have opened us to our basic fundamental human-ness and to the human-ness of everyone around us. And they have encouraged us, urged us, and called us to reach out to others with the compassion that we have learned through our own suffering.

Psychiatrist, author, advisor to the White House, and professor at Georgetown Medical School, James Gordon is a world-renowned expert in using mind-body medicine to heal depression, anxiety, and psychological trauma. James shares how he has witnessed the healing power of mind-body medicine for traumatized children and families in areas such as Bosnia, Gaza, and Israel. [Film length: 23 minutes 21 seconds]