Impact of substance use problems on the family 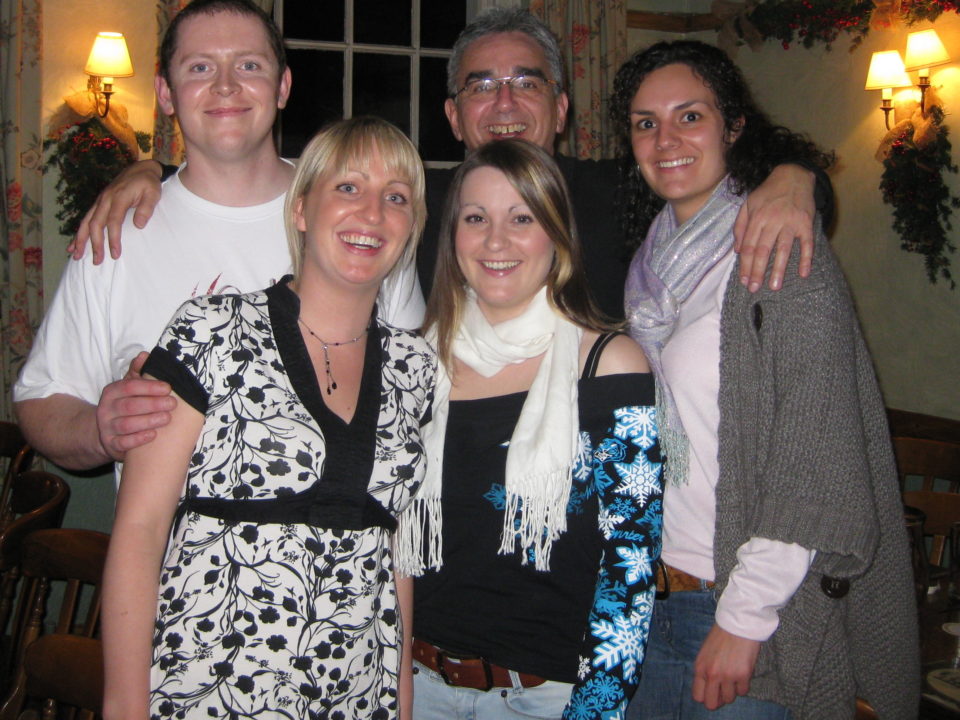 Key members of my UK Wired In team attending my farewell in 2008 before I moved to Australia. From Left: Kevin Manley, Lucie James, Sarah Davies and Rebecca Hancock.

Some people use drugs or alcohol to numb the pain arising from trauma which has resulted from adverse experiences in earlier life (e.g. abuse as a child, war experiences, car accident). Some of these people go on to develop an addiction to the substance. The drug concerned may not just be one obtained via the illegal market (e.g. heroin, methamphetamine), but may be one prescribed by a doctor. Prescribed anti-anxiety drugs such as librium and valium are highly addictive and can also lead to serious withdrawal effects when the person stops using the drug.

In November 2004, I wrote an article, entitled Family Misfortune, for the magazine Drink and Drugs News in the UK, that focused on the impact that substance use problems can have on the family. The article was based on a piece of research that Gemma Salter, one of my star undergraduate students, and I conducted with family members (primarily mothers) of people who were experiencing substance use problems.

I emphasised to our audience that, ‘Far too little attention and support is given to the families and carers of people with a substance misuse problem.’

‘Families face a number of difficult issues when one of the children develops a substance use problem. Parents, as well as siblings and relatives, are likely to feel extremely stressed about a whole range of problems—initial confusion about the nature of substance use, imbalance as the problem takes over, a barrage of negative and contradictory emotions, the stigma associated with substance use, and problems associated with the treatment system.

Confusion increases because of a lack of knowledge about substance use and its associated problems. There is usually a gradual process of realisation, as family members witness the consequences of use, rather than a clear-cut understanding of what is going on. The deceitful nature of the user’s behaviour makes this all the more confusing, and both user and parent can be in denial that it is even happening.

Parents often feel that their lives have been taken over by the user’s problem. In the turmoil of worry about their health and safety, they often feel as if they dislike or even hate their child, hoping that they would die or disappear to remove the problem altogether. In most cases, this contradicts concurrent feelings of parental love and obligation and serves to further confuse and stress the parent.

The treatment system offers little initial comfort, as parents become frustrated with long waiting times. Then comes the stress of stigma and prejudice. Although most parents don’t experience stigma aimed at them directly, they suffer when it’s targeted at their child and often try and conceal the problem.

There is a tendency for a parent to feel that the problem is their fault: “You could tell by the tone in her voice that she was pointing the finger. It makes you feel that you haven’t done things right for your family. Where have you gone wrong, is what you say to yourself?”

It doesn’t take long for the effects of stress to manifest itself in physical and psychological health problems. Physical symptoms come in the form of eating and sleeping problems, high blood pressure, stomach problems, irritable bowel syndrome and tension aches. The emotional effect is often so severe that parents are prescribed anti-depressants.

Other practical concerns can soon weigh in, not least the financial implications of paying for the user’s treatment, paying off their debts and, in some cases, actually paying for drugs to support the user’s habit.

Parents often put their social life on hold, fearing for the health and safety of their child every time they go out, or worrying what condition their house might be in when they return. They might not feel well enough to socialise, or they might simply not be able to take a holiday any more because of lack of money.

Immediate members of the family feel the disruption, as they become wary of the unpredictable, and sometimes thieving, nature of the user. Often the user repeatedly returns to the family home after living away, and the parents are faced with a grown adult being dependant on them again.

Arguments and tension increase, which is not helped when there are contradictions in the way that different members of the family feel and act. The user often steps in to divide the parents, creating further problems between them.

With all attention on the user, it is not surprising that the user’s siblings can be neglected. The parent spends so long worrying about the user, that they have little time to see to others in the family—they are left to look after themselves. Relations between the user and their brother or sister sometimes have little hope of staying civil.

The wider family may provide whatever support they can by talking about problems, but there is rarely any active involvement. This is not usually intentional—merely a symptom of a lack of understanding of the issues involved, or how best they could help.

Parents use different coping methods—these are sometimes helpful and at other times cause further stress. Most parents are deliberately non-confrontational, giving the user money, buying substances for them and caring for them—but not confronting them directly about their problem.

Others use avoidance coping, avoiding actively dealing with the problem and its consequences, denying the problem, concealing it, and refusing to let the user move back into the family home. Many parents try their best at active coping, trying to do something to improve the situation by threatening, giving the user an ultimatum, or helping them with their treatment.

Many parents also reported coping on a day-to-day basis. Some parents feel that this way of getting by is an improvement, at least offering them flexibility and exposing them less to the risk of feeling let down if plans or promises are broken. Others feel this is a negative approach.

For many parents, it is important to be able to explain, or attribute some cause to, their child’s substance use problem. They might turn to the disease model of addiction, or look at blaming themselves or others.

There is no consistent method of coping and parents are likely to vary their method in response to different problems, and in an effort to find the best way to cope. The fluctuations in coping may clash with their partner’s opposing fluctuations, further increasing tension within the family.

Parents who belong to a family support group find tremendous support from sharing experience with others in the same situation. Learning about various issues relating to substance use is, in itself, a way of learning to cope, and the groups reduce isolation by bringing people together into an empathetic and hopeful social environment. Parents report that they can put their problems into perspective and feel better by having the opportunity to help others.

Many of the barriers that parents experience, in trying to get family support, relate to ‘the system’. Parents find that there is a lack of services dedicated to families—or if they are there, they don’t know about them, or how to find them.

Sometimes the long delay in accessing treatment is more about personal barriers. Parents are often reluctant to talk about or admit that there is a substance use problem in the family. Often, they are simply too preoccupied with the user’s needs to seek help for their own.

Finally, it should be noted that parents often alter their views on substance-related issues, through their personal experience and interacting with the treatment system. Many make practical changes in their lives and some start to work in the substance use and counselling fields.

The present research study of family members who have accessed a family support group, was small-scale, but intensively analysed. The insights from it show the multi-faceted nature of the impact of substance misuse on the family.

One message is clear: society must learn to attend to the many needs of the families and carers of people with a substance use problem.

The research involved semi-structured interviews with nine parents and one grandparent (who had assumed the role of parent) of people with a drug and/or alcohol problem. The participants were recruited from West Glamorgan Council on Alcohol and Drug Abuse (Swansea) and Drug and Family Support (Blaenau Gwent).

Interviews were analysed using a qualitative analysis known as Grounded Theory. Eight important themes emerged from the analysis. These inter-related themes, each comprising various concepts, were integrated into a preliminary model describing the impact of substance misuse on the families interviewed.’

Here is the pdf document of the article written in 2013. Please feel free to print off and circulate.