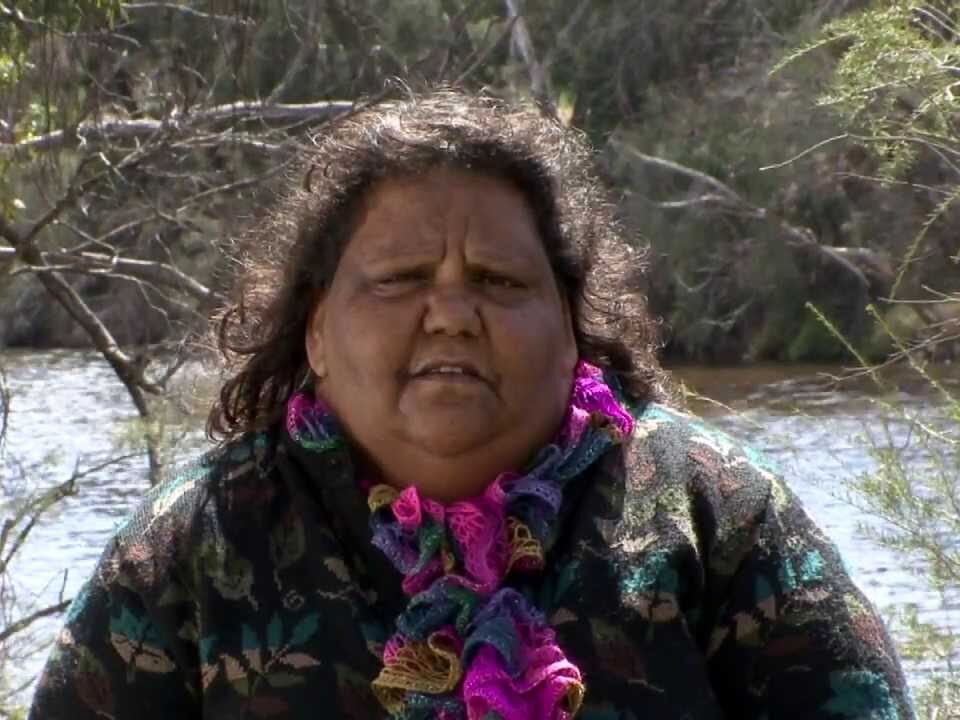 Professor Marion Kickett, Director of the Centre for Aboriginal Studies at Curtin University, being filmed on her country of York by Mike Liu in September 2013.

I continue the series of films made by Mike Liu and I when we spent a day with Professor Marion Kickett, Director of the Centre for Aboriginal Studies at Curtin University, in York in September 2103. Marion is a Noongar from the Balardong language group. The first six films can be seen here.

Life on the Reserve: Marion learnt to be cautious on the Reserve, something she picked up from older children. She read when violence was going to occur during drinking sessions, and whether visitors should be avoided. Marion describes great sadness when her cousins were removed from the Reserve and sent to a mission by government officials. A strong bond existed between people on the Reserve. They felt they belonged and many still visit with their families today and tell their children stories. (5’55”)

Ruby’s Healing Story: Marion tells how Ruby was taken from her mother and trained as a domestic. She was raped on the station to which she was sent, and gave birth to a child who was removed. This did not happen just once… Ruby married and had three children. Alcohol numbed the pain of losing her first children and Ruby developed a drinking problem. She was imprisoned for manslaughter, but eventually overcame her problems. She needed to forgive before she could begin healing. (9’43”)

Shocking History Impacts on Health & Wellbeing: Marion relates how she and the other Noongar children in York were not allowed to swim in a particular area of the river.  When she was fifteen, her father described how he and his friends were similarly told by their parents not to swim in that location. He also related the shocking story of The Sandy. During her nursing career, Marion saw how such terrible past events have created fear in many Aboriginal people today and influence the way they behave in health settings. (9’05”)

Forgiveness, the Path to Healing: Marion relates how she read an article called ‘The Body Snatchers’ which described how the bones and skulls of Aboriginal people had been shipped to museums abroad. This article really impacted on her, particularly as she had dismissed what her father had told her about past events. Over the next years, Marion came to realise that she had to forgive non-Aboriginal people for the terrible things they had done in the past. It was the only that she could move forward in her life. (4’59”)

Living in Two Worlds: Marion has always been asked why she is successful at living in two different cultures and how has she overcome her adversities and challenges? Some white people marvelled at how she openly talked about her Aboriginal culture and family. Others told her that she didn’t have the usual ‘chip’ on her shoulder. They didn’t consider her to be Aboriginal. Marion found this to be very offensive. She replied, ‘Well, I am Aboriginal, and I am very proud to be Aboriginal.’ (5’54”)

Not Bad for a Reserve Kid: Some Aboriginal people have told Marion that she thinks she is white or wants to be white. They have questioned whether she had been fostered by white people. Her family have often had to say that she was a Reserve kid. Marion points out that some Aboriginal people are jealous.They have become internally oppressed and need to put down others. Some have become victims and pity themselves. Her father always told her that being a victim is a weakness. She should never become a victim. (3’41”)