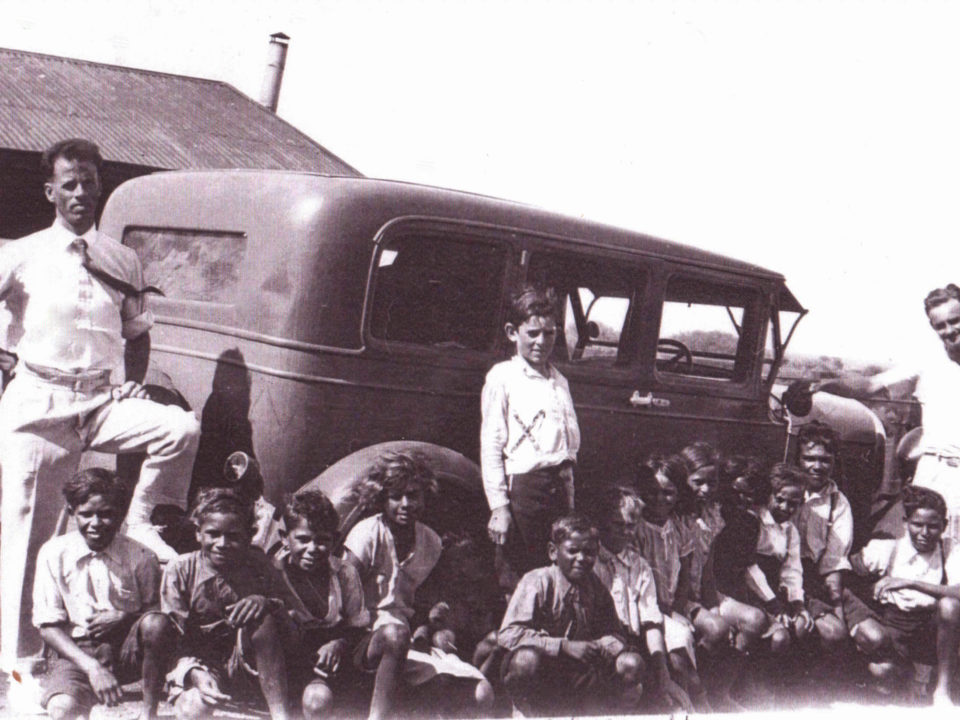 In previous blogs, I described how Mrs Olive Elliot became the teacher at Carrolup Native Settlement at the end of January 1945, after a long period when the Aboriginal children received no education. She eventually decided that the children needed the firm hand of a male teacher, so in January 1946 she approached Noel White who was teaching in Narngulu, a small railway siding located about six miles (10 kms) south east of Geraldton.

Noel was teaching a dozen white children, including three of his own, in the school at Narngulu. However, he had previously taught Aboriginal children  at a small school in the gold-mining town of Payne’s Find, located 270 miles (430 kms) north east of Perth. During his five years in Payne’s Find, Noel had gained a strong reputation with the Department of Education for the high quality of his work in the school.

As described in my last blog post and in various others, Noel White played a pivotal role in the development of the Carrolup children’s art. But who was Noel White and what do we know about his family?

I’ve been fortunate in knowing Noel and Lily’s oldest daughter Noelene White for the past five years—John Stanton has known her for over 35 years. Noelene has spent a good deal of time telling me about her family and showing me old family photographs and other memorabilia. Here is a section taken from my book CONNECTION: Aboriginal Child Artists Captivate Europe which described what happened after Noel White arrived in Western Australia. 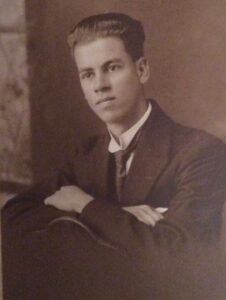 Noel White graduated as a teacher in New South Wales in 1926.

‘Noel Hounsfield White had moved to Western Australia from New South Wales, where he trained to be a teacher, in 1927 [1,2]. He was 27 years old. Noel initially took up a teaching position at Perth Church School in Subiaco. He was at Gosnells Church School during 1928 – 1929, before spending short periods at Maylands Primary School and Pine Hill Primary School. He moved to Payne’s Find in February 1931.

Lily Elizabeth Melville Reid was born at Barrabup Timber Mill, near Nannup in the South West of Australia, on the 6th of July 1914. Her father served in the First World War from 1914 – 18, whilst Lily lived with her mother in the Perth suburb of Leederville.

Lily first met Noel in 1927, when she was in Grade 7 at Perth Church School. The following year she became a pupil and boarder at Carmel Adventist College in the Darling Ranges.

Lily’s mother used to hold music gatherings every Saturday afternoon after church, which Noel started to attend. Lily was already proficient on the piano and she would play to an audience during her school holidays, sometimes accompanied by Noel on his flute. Once Noel started teaching in Payne’s Find in 1931, he visited the Reid family during the school holidays. Noel and Lily fell in love during this time and married early in 1933. After the wedding, Noel moved back to Payne’s Find, and Lily continued living with her mother.

Noelene Melville White was born in the St Florence Nursing Home in Subiaco on the 10th of November 1933. Noel first met his beloved daughter when he came home for the school holidays in December. Noelene was six weeks old.

It must have been tough for Noel and Lily being apart, but Payne’s Find was not the place for a young mother to live. The vast majority of white people living there were miners. Lily did spend a short time in Payne’s Find, but decided the place wasn’t safe for her and Noelene (in her pram), as there were deep potholes everywhere as a result of the mining activities!

Noel lived in a small room attached to the school.  There were no amenities in town other than a pub. Food, other supplies and the mail only came every two weeks. When the supply truck arrived, people would assemble in the pub, as most were heavy drinkers and in need of a drink. Noel would buy everyone a beer and then return to his room. He didn’t drink alcohol.

Noel not only acted as the children’s teacher, but also worked on the gold crusher after school, in order to earn a little extra money for the family. He would go home during the holidays, travelling in and out of the mining community on a narrow, deeply-rutted track in his Baby Austin car.

Noelene remembers her father telling her how he helped a young woman who had been swindled out of money which was rightfully hers. Her husband had been one of four men who signed an agreement to share the money made from their mine. When her husband died unexpectedly, his mates wanted to leave her out of any financial gain. Noel forged a Will and aged it appropriately by holding it near a fire and rubbing it in the dirt. The Will held up in court and the lady received the money she was due.

Janette Eugenia Marcia White was born in the St Florence Nursing Home on the 8th of April 1935.

In early 1936, Noel was transferred by the Department of Education to the one-roomed school in Narngulu, close to Geraldton. His family moved in to the house which accompanied the teaching position. Lily wrote in her diary, ‘Very Happy a Good Transfer’.

Ross George White was born on 29th of August 1938. In the following year, Lily started working out of home as the Postmistress in Narngulu, earning 10 shillings a week.

During the war, Lily was visited by some Australian soldiers who wanted to use the public telephone provided by the post office. They mentioned they were starving and asked if Lily could make them something to eat. She gave them some tasty mutton pies, which they loved. Soon, other soldiers were asking for food and Lily started to make and sell mutton pies on a regular basis. She was popular with the soldiers due to the quality of her baking.

Noelene remembers vividly the posters that were put up in Narngulu which showed a Japanese soldier with a gun and bayonet, with the words, ‘The Japanese Are Coming.’ There was a real fear that the area would be attacked by the Japanese. Noel had built a trench behind the school, which the children would have to run to if the town was bombed or the Japanese invaded. Noelene and her siblings kept their overcoat and shoes by their bed.

Lily White noted in her diary for the time the family lived in Narngulu: ‘Happy Years. Not much Money.’ CONNECTION: Aboriginal Child Artists Captivate Europe. David Clark, in association with John Stanton. Copyright © 2020 by David Clark

I’ll reveal more about Noel White’s earlier life in a  future blog. There are a few surprises in store! If you can’t wait to find out what they are, why not buy the eBook?

[1] Biographical details described here are taken from a section, entitled The Years of Our Lives, of an unpublished notebook written by Lily White. Noel & Lily White Collection.