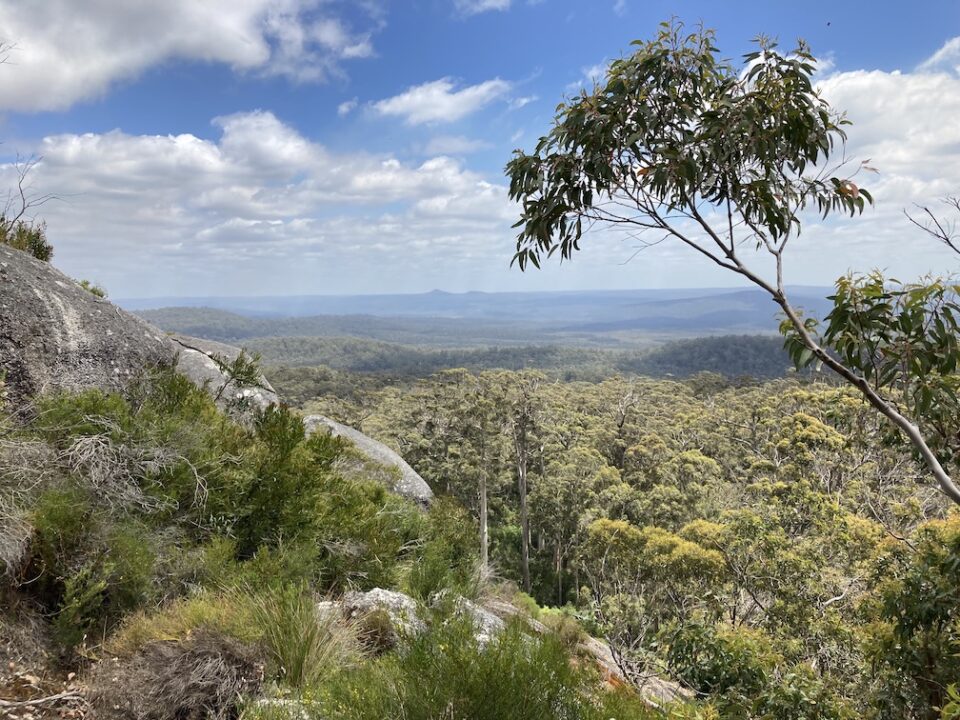 This blog post is an extract from the book Telling our stories in ways that make us stronger by Barb Wingard and Jane Lester (Dulwich Centre Publications, 2001). The original extract can be found here.  [Please note that I broken up some of the long paragraphs in the original to make them easier to read.]

‘As Indigenous people of this country, we have faced so many losses due to past and present injustice. Grief’s presence has been with us for a long time. Now we are seeking ways of speaking about Grief that are consistent with our cultural ways of doing things. We are remembering those who have died, we are honouring Indigenous spiritual ways, and we are finding ways of grieving that bring us together. We are telling our stories in ways that make us stronger.

Dealing with our grief, with all of the losses we have experienced, is not about moving on and forgetting. It’s about remembering our people and bringing them with us wherever we go. I’ve lost a brother, my father, my grandmother too, but I believe that they’re still with me. I carry a lot of their ways. I acknowledge them.

We Aboriginal people have had too many losses. Sometimes it seems as if we are moving from one death to another. Our people just get so weary; at times it’s too much to go to one more funeral. We simply have to find ways of grieving together because it’s far too hard to do it on our own.

I remember talking to a young Aboriginal man in Murray Bridge late last year. There have been so many deaths in his family and recently he’s been diagnosed as having a mental illness. I met up with him because the mental health team had said, ‘Would you like to see Auntie Barb to talk about some of these things?’

We sat out on the lawn and made our first connection. We didn’t call it counselling, we just called it talking together under the trees. He began to share stories with me about so many deaths – all his uncles have died, and his father – there’s been one after the other. He spoke of how he believes his illness has come because of the grief.

The environment and the way that we were sitting made it comfortable for him to talk. As he spoke about all the people who have passed on, we acknowledged them quietly.

He’s a brilliant young lad. He’s finished year 12 and has got big plans about having his own business. He showed me how he’s going to do this in stages. He also showed me a memorial he’s been working on, for all those who have passed away. He’s acknowledged special things about each individual. He’s found meaning for each one and he’s painting them each a different image. It is a beautiful memorial. He’s looking at a lot of the cultural aspects of their lives as well – reflecting on all that has happened in this land, and how a lot of the problems nowadays relate to what happened in the past.

These days, if you talk too much about the past, people look at you as a radical – they think you’re trying to stir up trouble There are those who say, ‘We’ve got to forget about the past and move on’.

That’s fine to a point, but I think we have to acknowledge the events that happened in the past that had an impact on our grandparents, our parents, and, whether we acknowledge it or not, on ourselves. When people say, ‘Forget the past’, they’re asking us to leave a lot behind. They’re asking us to desert our old folks. We cannot move on and leave them behind – we must bring them with us wherever we go.

A part of Aboriginal people’s story-telling is that we hold onto our loved ones who aren’t here any longer. Our old people are who we belong to. Through them we identify each other. When an Aboriginal person meets another Aboriginal person, we work out how we know each other through our relatives. I might not know your parents, but who were their parents? We constantly reflect and remember these people.

All my histories are through my grandmother. Everybody knows of her and her children. Hanging on to these old people is very much part of our strength. It is part of our story-telling. They are talked about so much that they are still with us.

When a people has had as many losses as we have had, it is not time to forget and move on. It is time to remember, to stay connected to our people, past and present. We will not forget our people and we will not forget the past. We have to acknowledge and keep on acknowledging all that has happened in this country.

Thirty-five years ago I was fifteen and it was 1964. In those days there was an Aborigines Act where some Aboriginal people were given an Exemption which allowed us to mix with the wider community, but it also indicated that we ceased to be Aboriginal.

This act prevented many of my people from returning to their birth places on the missions. There was also a loitering act which prevented people of different races congregating together. This included mixing with our own people as well as our white friends. In those days, we were not even citizens of this country. That didn’t happen until 1967.

So many of our losses have been unjust, and this is what is so hard to deal with. We are losing a lot of our people well before their time. Many of our deaths are not natural – for example, deaths in custody. It is tragic that we are losing our people so young.

When my father died he was thirty-nine, a week off his fortieth birthday. To us that is a tragic event, but it is a common one. People like me, who are in our fifties, we count our blessings that we are here each day. We say to each other how lucky we are to still be alive. We don’t take life for granted.

It’s important for us as Aboriginal people to make the links between justice and grief. We need the injustices addressed so that we can grieve our losses. We need our stories told and acknowledged. Working on our grief in these ways is working towards justice.

Aboriginal people have many different ways of dealing with grief. Often when people die there can be a good feeling that their spirit will be going to meet with all the other spirits, other lost loved ones. A lot of Aboriginal people also experience signs from loved ones who have passed away. Seeing particular birds, for example, is often experienced as having ongoing contact with people who have died, ongoing contact with their spirits.

We are trying to listen to people’s stories to put them more in touch with their own healing ways.

My father died when I was 14, and I remember seeing him in the coffin. I wanted to cry loud and yet the environment that we were in didn’t allow for me to grieve in my way. I think European society has encouraged particular ways of grieving and they don’t necessarily fit for Aboriginal people.

If you go to a funeral service in an Aboriginal community you can wail and cry and grieve the way you want to grieve. But in mainstream funeral services there seems to be a lot of silence to grieving.

I don’t believe that this silence fits with Aboriginal culture. I don’t believe that this silence is a good thing. I especially don’t think it’s good for our young men. Some of the women perhaps have a better mechanism because they have a network in which they’re not afraid to shed tears. But silent cries can go on for years and be heard by no-one. They can eat away at a person’s spirit.

If only all those people who are silently crying could find ways to come together. I think they’d be quite amazed how much they have in common and how much they’d want to share somebody else’s story.

We are trying to find ways to bring together our people who are grieving. Camp Coorong, in 1994, was one attempt in which all Aboriginal families in South Australia who had experienced a death in custody gathered together. The document that came from this gathering was called Reclaiming Our Stories, Reclaiming Our Lives (1995).

Here is an extract from it:

Another aspect of the gathering was to find special ways of remembering – ways of remembering that make it possible for people to see themselves through the eyes of the lost loved one. Recently, I remember speaking to a man who was very angry with his Dad who had died years ago. Gradually we brought his father to our conversations, let him join us, and over time he remembered his father putting his arms around him. There were so many stories that had been forgotten.

As this man gradually saw himself through the eyes of his father, he reconnected with his father’s love. As he told the stories of this love, I watched a weight lift from him. It was almost like Mr Anger just jumped out of his body and I was looking at a different person. His expression was so soft as he spoke of wanting to share these stories of his father with his brothers and his sisters. I don’t know where Mr Anger went, but it was beautiful to watch him go.

When we reclaim the stories we want to tell about our lives, when we reconnect with those we have lost, and the memories we have forgotten, then we become stronger. Not only are we telling our stories differently, but we are listening differently too. We are listening for our people’s abilities and knowledges and skills.

We’ve been knocked so many times that we often don’t think very well of ourselves. But we’re finding ways to acknowledge one another and to see the abilities that people have but may not know they have. Without putting people on pedestals, we are finding ways of acknowledging each others’ stories of survival.

Talking with Grief
We are also looking for healing ways of talking about our losses. One way is to externalise Grief. At times I play the character of Grief and invite others to ask me questions:

In this way we begin to talk about the journey of Aboriginal history. We speak of the loss of land, sickness, deaths, the stolen generation, the loss of language – as well as the ways in which Aboriginal people have responded.

For Aboriginal people, in some ways, inviting people into conversations with Grief is encouraging people to hold on. Grief invites us to cherish our people and our histories. We need to take up its invitations.

We need to talk about our history with our own people. I think the young children that we have now, the youth, really need to know our stories, including our stories of loss and how we have dealt with them. In some ways this is honouring of our grief.

I think that the words ‘death’, ‘they’ve gone’, ‘I’ll never see them’, leave a lot of people feeling bad about death. Death and grief are very scary for some people. But one day we too are going to pass away and join the spirits.’