The Impact of Colonialism on a Young Aboriginal Australian 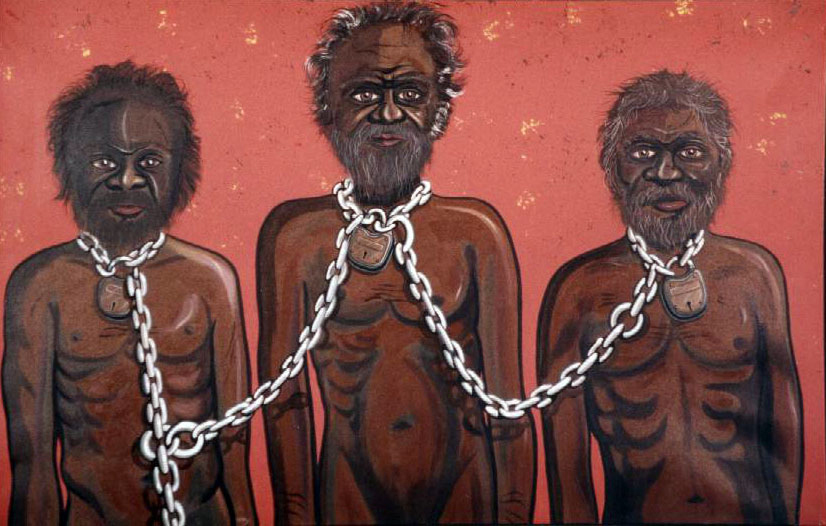 ‘In Dareton, new South Wales, In 1965, eleven-year-old Malcolm Smith and his brother ‘borrowed’ pushbikes leaning against a bus shelter and went joy-riding. This small act led to the involvement of the police, welfare officers and the court.

Malcolm’s widowed father, who was in seasonal work and thus not always present, was judged as an unfit parent. The boys were taken and placed in a series of homes and foster care placements, where their Aboriginality was undermined, even denigrated.

As a confused youth, Malcolm found himself behind bars, where his Aboriginality was somewhat confirmed by other Koori men. The gaol door revolved and he was finally reconnected with family, as best any fostered youth could.

In 1980, in the hope of pleasing and defending his sister, he outraged her by killing her boyfriend, who had been bashing her. He was sentenced to four years for manslaughter.

In Long Bay gaol he expressed interest in the Bible and was given a tape of the Book of Matthew. He began to paint religious images but became delusional, said he was Jesus Christ, then claimed he was evil. Mental turmoil mounted, reflecting his alienation from family and his Aboriginal cultural roots.

Self-hate engulfed him and, driven by the passage in Matthew: ‘And if thine eye offend thee, pluck it out’ (Matthew 18: 9, King James Bible), he drove the handle of an artist’s brush into his eye and brain while in a toilet cubicle, collapsed and died.

He became one of 99 cases investigated in 1990 by the Royal Commission into Aboriginal Deaths in Custody. [1]

How did a joy-ride unleash such a terrible chain of events? The short answer is that Malcolm was a colonial subject – although it is a little more complex, as his brother did not suicide.

However, both took a joy-ride that led to their being taken out of the family and placed into a system that managed Aboriginal people, because it viewed their culture and Aboriginality as inferior, and requiring of alteration – even eradication.

His father’s love and desire to have him back was of no account. Malcolm was the victim of the practices of colonialism and the ideas of superiority and racism embedded within.

The psychological pressures of this set of colonial practices led to defiance through repeated crime, to be sent back to his Koori mates in gaol; and then to self-hate: the twin responses to colonial pressures first identified by Frantz Fannon and Albert Memmi in their 1960s classics about the colonial condition. [2]

[1] J. H. Wooten, ‘Report of the Inquiry into the Death of Malcolm Smith’ Royal Commission into Aboriginal Deaths in Custody Reports, AGPS, Canberra, 1989.