The Impact of Colonisation 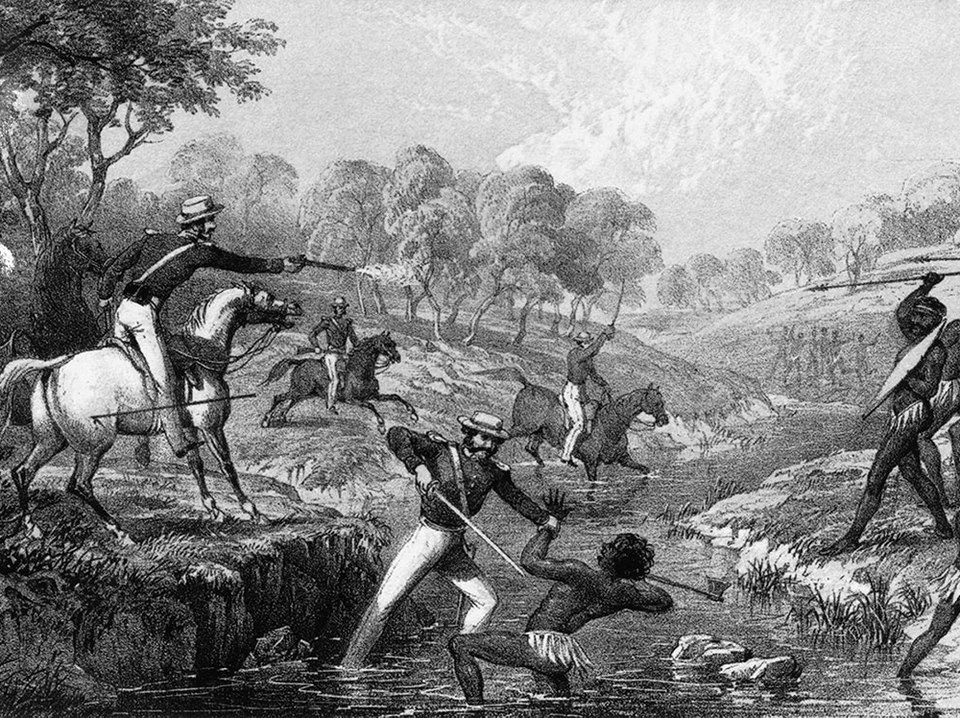 The impact of colonisation on Indigenous peoples has been similar in a number of countries, including Australia, Canada, America and New Zealand. In her book Trauma Trails: Recreating Songlines, Professor Judy Atkinson describes how the control of Indigenous peoples by the coloniser was facilitated by three main types of power abuse or violence – overt physical violence, covert structural violence, and psychosocial domination.

In Australia, the arrival of the British boats at Sydney Cove in 1788 set in motion a series of disasters that propagated trauma upon trauma upon trauma. These disasters impacted upon Aboriginal and Torres Straits Islander people who had lived on the continent for somewhere between 50 – 70,000 years.

The first settlers brought diseases that wiped out large numbers of Aboriginal people, as they had no immunity to European diseases. The survivors soon existed at starvation levels, since they were unable to collect food because of illness or because they were denied access to their traditional hunting grounds by the invaders.

Physical violence was widespread. This violence, and the accompanying murders and massacres, pushed Aboriginal people away from their traditional lands, their spiritual heartplace. It prevented them from conducting their essential ceremonies that ensured the continuing life cycles.

The abduction of Aboriginal women and children for both economic misuse and sexual abuse was common. Racism was endemic.

Aboriginal people sought protection on the fringes of white settlements. White landowners began to profitably use Aboriginal labour, many paying with opium and alcohol. These addictive substances became the means by which people could medicate their own pain.

A second phase of traumas occurred when governments started sending Aboriginal people to native reserves, which were in fact sub-standard camps for people dislocated from their own country. Protectors, or Directors of Native Affairs, were appointed who became the legal guardian of all Aboriginal people under 21 years of age.

These Protectors could authorise marriage and adoption at the flick of a pen. They could decide that a husband would be sent to one place, his wife to another, and his children to a dormitory at another location.

This legislation enforced dependency whilst denying essential services. It gave power to people who used their power abusively. It tore families apart. It destroyed any sense of self-worth and value in culture, as it outlawed ceremonial processes and the use of language.

Violence continued on-and-off the reserves, a violence which was often perpetrated by the police. Missionaries declared Aboriginal people as heathens and ‘tried to save their souls’. These missionaries attempted to systematically eradicate what they viewed as heathen practices and beliefs. Traumatised Aboriginal people were powerless to stop this form of structural and institutional violence.

Psychosocial domination, or cultural genocide, occurs when oppressors believe that the oppressed are non-persons, with no culture of identity as human beings, or with a culture and identity that is inferior. They deny the oppressed the right to a separate identity as a group, or as individuals within the group.

By defining Aboriginal people as non-persons, the colonisers justified their behaviours, and in turn, the oppressed came to believe this about themselves. It was this belief that helped enabled authorities to remove Aboriginal children from their families, the so-called Stolen Generation.

The removal of Aboriginal children from their families and their placement on missions, or with white families, not only caused immense distress, but also facilitated the destruction of Aboriginal cultural beliefs and practices. It split up Aboriginal families and left many individuals looking for their children, or their parents, for many years in the future.

‘Cultural genocide not only works to destroy the cultures of oppressed peoples, it also eradicates the sense of worth, of self-worth, and of well-being in individuals and groups so that they are unable to function from either their own cultural relatedness, or from the culture of the oppressors.’ Judy Atkinson

The nature and impact of trauma

‘… the loss of faith there is order and continuity in life. Trauma occurs when one loses the sense of having a safe place to retreat within or outside oneself to deal with frightening emotions and experiences.’ Bessel van der Kolk, 1987

‘Trauma leads to fragmented and fractured identities that in turn contribute to the escalation of violence between people.’ Judy Atkinson

The future feels meaningless, and people articulate their felt sense of powerlessness and lack of life purpose in violent acts on themselves and others. Relationships are destroyed and communities fragment. These problems cascade down the generations, growing more complex over time.

‘Traumatisation leads to feelings of deep anger or rage. For Aboriginal people growing up in environments where there are multiple violations, this anger has no safe outlet (it can only be worked on and resolved in a safe environment) and is therefore stored in the body for expression under duress. This invariably occurs in unstructured and explosive violence (often towards people known by the perpetrator), aided by alcohol.’ Judy Atkinson