‘We Are Going To Tell That Story’ 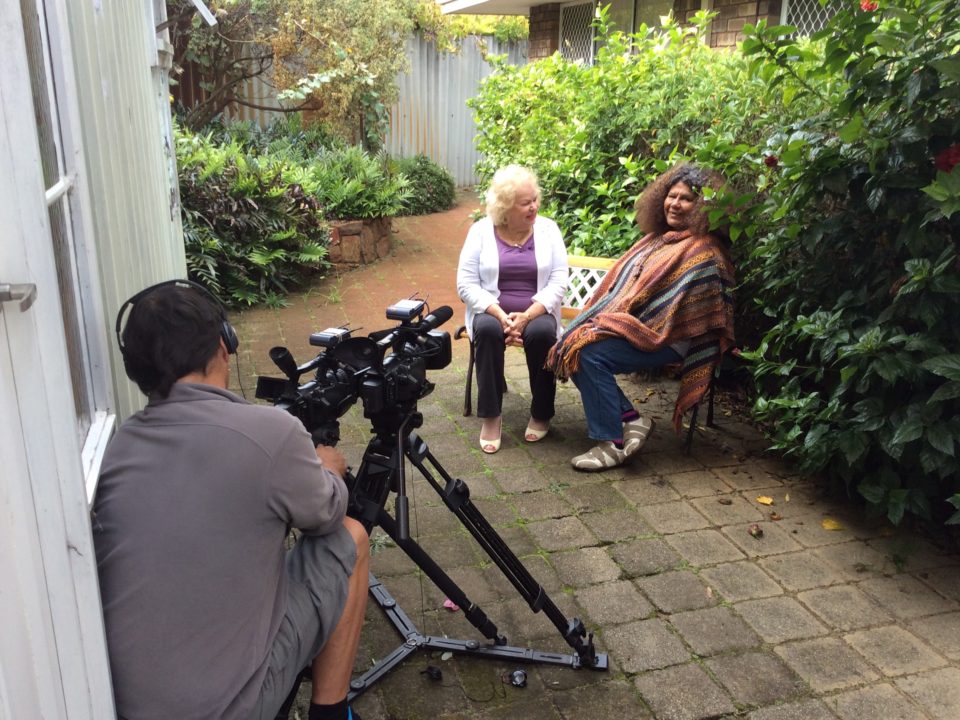 I’ve been thinking about my good friend Noelene White, daughter of Carrolup school teacher Noel White, today. It’s hard to believe that I’ve known Noelene for over three years now. Where has that time gone? As for John, he has known Noelene for nearly 35 years!

Noelene White is one reason why I was inspired into writing a book about the Carrolup child artists. She brought alive to me those times she spent at Carrolup during the second half of the 1940s. She actively encouraged me to write a book, not just so that her parents would be recognised for the wonderful work they did with the children of Carrolup, but also for the children themselves.

Noelene has very fond memories of these children and she holds them very dearly in her heart. She wants their story told far and wide! And their drawings to be seen around the world, which is what Mrs Florence Rutter had wanted when she took the Carrolup drawings back to Europe to exhibit.

Noelene’s parents were devastated when the Commissioner of the Department of Native Affairs, Stanley Middleton, closed the school at Carrolup in late 1950, just months after the drawings were acclaimed in London. Noel and Lily were really concerned about what would happen to the boys after the school closed. In an interview with me in mid-2016, Noelene said:

‘It was a tragic thing. But it took them years, not a few months, years to forget about it. They never did forget about it. But they were absolutely heartbroken over it all. And I know my mum used to cry a lot, about the kids and what’s happened to them. In the end, us three children said to our parents, “Listen dad, we have have to put it behind us. We have to forget. We can’t do anything about it, we can’t change anything. We just have to go on and that’s what happened.” And so there was this big gulf of silence. Nothing. And my dad thought and my mum thought, it was gone and lost forever.’

A few moments later, after we had both shed some tears, I said, ‘It was such a wonderful moment of time, so much could have come from that moment of time.’

‘The world will want to know. We are going to tell that story,’ I responded.

There is so much to tell, and many ways in which we can tell it.

You can read more about Noelene’s reflections on Carrolup in these previous blogs:

Noelene White on the Children of Carrolup

Noelene White has very fond memories of the Aboriginal children who lived on Carrolup Native Settlement. She describes them as friendly, happy and appreciative…. ‘they were beautiful young people really, we loved them.’ Filmed by John Stanton in Armadale on the 13th October 2005. [Berndt Museum of Anthropology, The University of Western Australia]