‘What Happened?: What mental health is really about’ by Bill Saunders 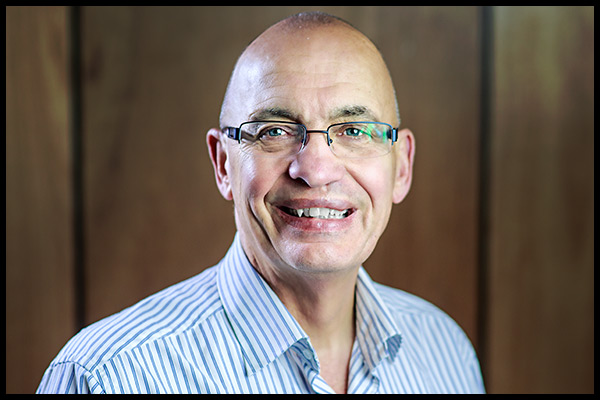 Some of you will will know that I believe that the biomedical approach to mental health—using drugs to treat what are considered to be biochemical disorders—causes more harm than good.

I have previously recommended the book What Happened to You?: Conversations on Trauma, Resilience, and Healing by Bruce D. Perry M.D., Ph.D. and Oprah Winfrey. This book emphasises the importance of trauma and disconnection in earlier life causing disruptions in emotions, thinking and behaviour which are interpreted by many psychiatrists and doctors as being mental health problems necessitating drug treatment. 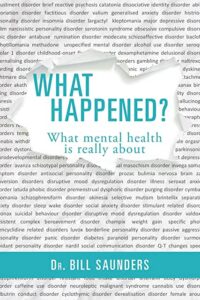 Over this weekend, I have been reading an excellent book by Clinical Psychologist and educator Bill Saunders, a Perth-based man. What Happened?: What mental health is really about is well-worth reading.

‘If you consult a psychiatrist for assistance with a mental health problem you will be subjected to the “What’s wrong with you?” approach. You will be assessed, diagnosed and then treated, most commonly with a pill to combat your purportedly biologically based ill.

But what if this is a hazardous and flawed paradigm? What if psychiatrists are inherently unable to reliably diagnose what ails you? Or, despite the listing of over 250 ‘mental illnesses’ in the Diagnostic and Statistical Manual of Mental Disorders, what if there are only eight different types of interventions available to treat this myriad of different ‘mental illnesses?’

Furthermore, what if you take pills that change your brain biochemistry, but the biological basis of all the purported ‘mental illnesses’ are unknown?

Could there be an alternative? And just maybe, are we being asked the wrong question?

With over 40 years as a practicing psychologist and educator, Dr. Bill Saunders takes us on an open, honest, heartfelt and sometimes confronting journey of human experience. In his book, Bill challenges some of the ‘truths’ we know about mental health, sharing real stories that will make you laugh and cry, and sometimes leave you in shock!

So, if you want to know what Mental Health is really about this is the book to read.’

Here is a brief bio of Bill Saunders, taken from an article by Amelia Roach in The Zine.

‘Prior to becoming involved in private practice in Perth Bill was an academic. He held the positions of Lecturer in Psychological Medicine at the University of Glasgow, Senior Lecturer in Applied Social Studies and Director of the Alcohol Studies Centre at the University of Paisley (Scotland) and was then an Associate Professor and Head of Addictions Studies at Curtin University (Perth, WA). Bill was also a Professor of Psychology and  Head of the Clinical Psychology program at Curtin University. As an academic Bill published extensively and has also consulted for a wide range of agencies including the World Health Organisation and the United Nations.

Bill has extensive clinical experience. He has been a Senior Psychologist in an Alcohol and Drug Unit in Glasgow, a consulting Clinical Psychologist to a private hospital in Perth, the Director of an Alcohol and Drug treatment agency in the Channel Islands (UK), and the Clinical Director of a co-occurring drug and mental health disorders unit at Graylands Hospital, Perth. More recently Bill was a Director and Head of Psychotherapy at Abbotsford Private Hospital

Bill specialises in the management of adult psychopathology, addictive behaviours, the co-occurrence of both, and the impact of childhood trauma on adult psychological functioning. Bill is also an experienced group psychotherapist who ran his first-ever group in an Alcohol and Drug Treatment Unit in Glasgow some 45 years ago.’

Here is a section from near the end of Bill’s book.

‘There have over the past twenty years, been an increasing number of highly critical, well-informed texts that challenge the status quo. Hopefully, this book will augment that chorus of complaint. My take is that the dominant psychiatric discourse on mental heath is drifting; there are increasing signs that all is not well. Can we make this drift into a crisis of discontent? Perhaps even a revolution.’