A Day Out With the Ryder Family 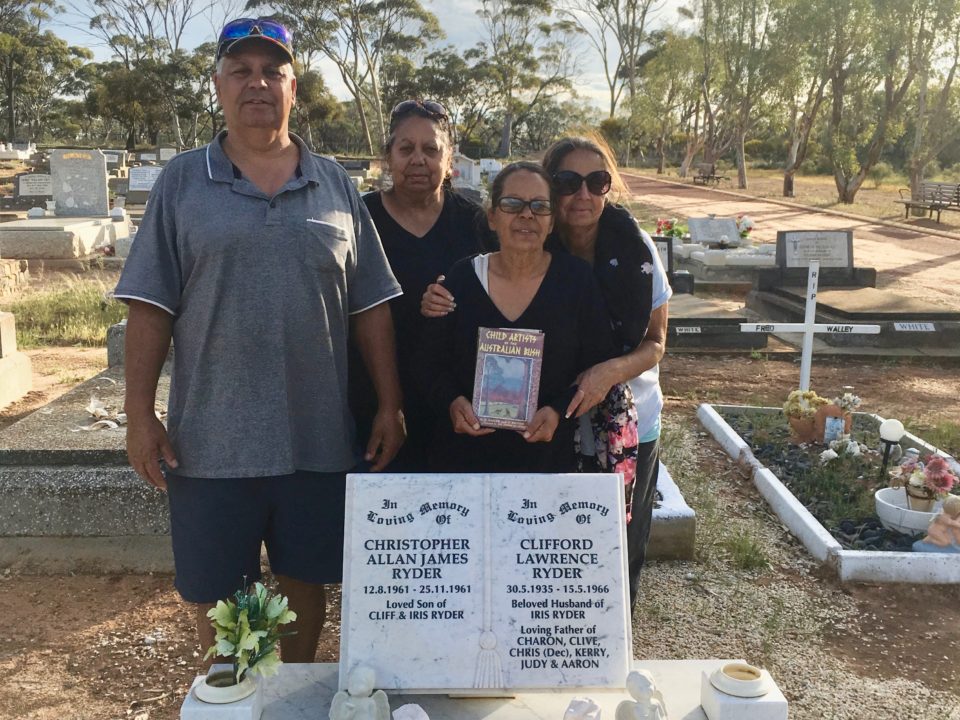 Last month, I wrote about receiving communications from Charon and Judy Ryder, daughters of the Carrolup child artist Cliff Ryder. I then described the meeting that John and I had with Charon and her husband John Kalin, along with their four-year old grandson Treyje.

Last Saturday, John and I spent a wonderful day with a number of members of the Ryder family. Before describing our day, I just wanted to summarise pertinent background information, some of which I have written about previously.

Cliff Ryder was one of the most talented of the Carrolup artists. He is specifically mentioned, along with five of the other boys (Reynold Hart, Revel Cooper, Barry Loo, Parnell Dempster and Claude Kelly), in the book Child Artists of the Australian Bush written by Mary Durack Miller and Florence Rutter in 1952. The descriptions of the boys were based on notes provided by teacher Noel White.

Interestingly, Cliff was not one of the original boys inspired by Noel White and who had been working on their art from 1946. He arrived at Carrolup at the beginning of January 1950, not long before Mrs Rutter’s second visit. He revealed his artistic talents very quickly. 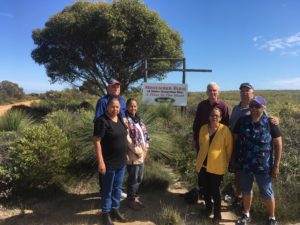 As a result of this new information, Charon and her husband John decided that they wanted us to visit the former Moore River Native Settlement with the Ryder family. And this is what we did on Saturday. John Stanton and I met up with Charon and John at a roadhouse on the Great Northern Highway and then followed them up to the Settlement (which is now known as the Mogumber Mission).

There, we met Charon’s brother Clive (known as George) and his wife Anne (née Prosser), along with Charon’s sisters Kerry and Judy, her Aunty Doris, and Olive and Reg Prosser (Anne’s brother and sister-in-law).  Together, we walked around the Settlement, exploring various buildings. Reg had previously been living at the settlement and he had drawn a map of the place from his memory.

Prior to this exploration, George unrolled a number of canvases, revealing his artworks. I was completely blown away by what he showed us. They were so beautiful! What a talented artist!!

As we walked around the settlement, I thought about Cliff living there in the 1940s. The children and adults there at the time lived in squalor, as described in the Bateman Report of 1948. [I will write about this report in a future blog]. Many of the asbestos-clad buildings we saw would have been built after Cliff Ryder left the settlement. 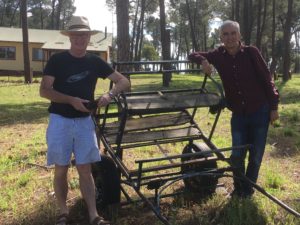 I was also struck by the fact that Aboriginal children were still being taken away from their families and sent to Mogumber when I lived in Australia as a child (1963-1968). I still have difficulty coming to terms with that fact. How could any government do that to families?

We then headed off to Goomalling, where we first visited the Native Reserve where Charon and her siblings had lived with their parents Cliff and Iris. As we walked around the bush, George described to us what it was like being an Aboriginal child on the Reserve and the kinds of games that they had played. As he talked, we came across little ‘mementos’ of that past life, such as marbles and knuckle bones.

After visiting the Reserve, we drove to the Cemetery where Cliff and Iris Ryder and other members of their families are buried. This was a very emotional experience. I was deeply moved by all the beautiful flowers on Iris’s grave. And by the discussions I had with Charon as she showed me the graves of other family members.

And then there was the grave of Cliff Ryder R.I.P., buried alongside his son Christopher Allan R.I.P. who passed away when only three months old. Clifford Lawrence Ryder passed away two weeks before his 31st birthday. Such a tragedy, not just for his family, but also the community. A man with so much talent. I feel so sad, and tearful, as I write this.

While the others had a cup of tea and a sandwich, I walked back to Cliff’s grave and read him this section from the book by Mary Durack Miller and Florence Rutter.

‘Cliff Ryder’s name was appearing on some of the best pictures, and his manual work, at a country show, had been judged the best of any child in the Katanning district. A serious, sincere, boy, he listened attentively to his lessons, always intent on pleasing and doing the right thing.’ Child Artists of the Australian Bush, M.D. Miller & F. Rutter, Australasian Publishing Co. Pty. Ltd & George G. Harrap & Co. Ltd, U.K, p. 49.

We then took photographs at his gravesite.

It was time for John and I to head back to Perth. It had been a long day, a deeply moving and enjoyable day. When we returned, we had travelled 468kms. Emotionally, John and I had travelled much further.

Charon sent me a heartwarming email thanking us on behalf of all her family. A beautiful family and undoubtedly a very talented one as well. I felt a deep emotional connection with Charon and her family, and I really look forward to walking alongside them as we tell more of the Carrolup Story and support them on their journey of discovery and the telling of their own family stories.

Charon and John, thank you for organising such a moving day. 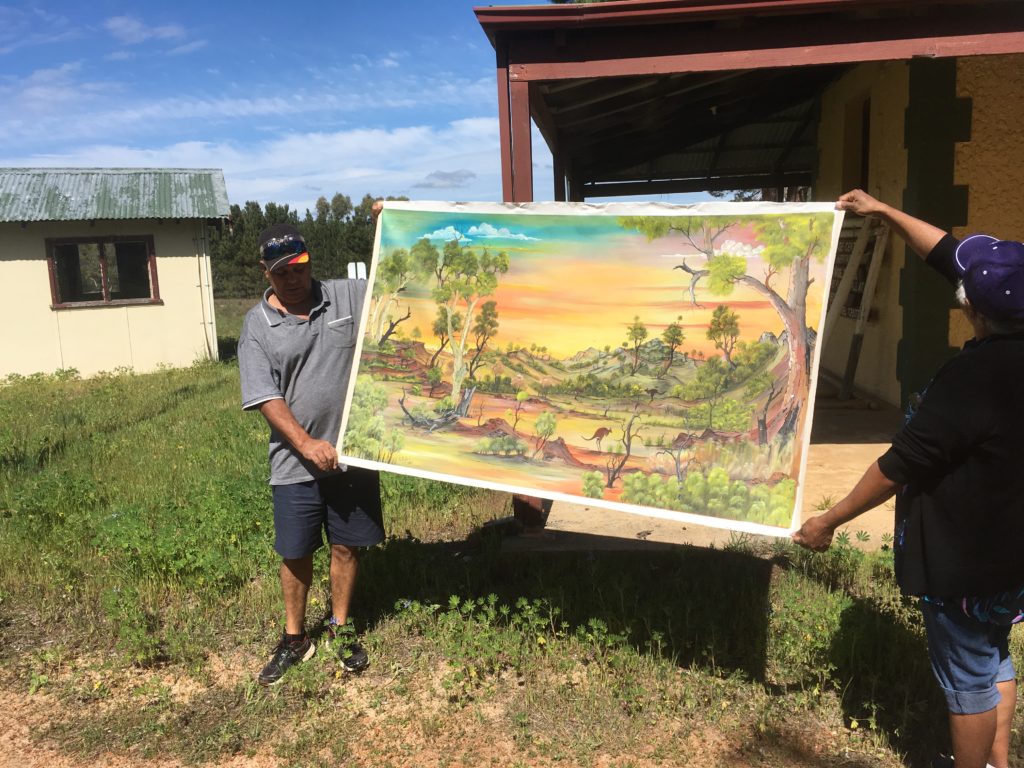