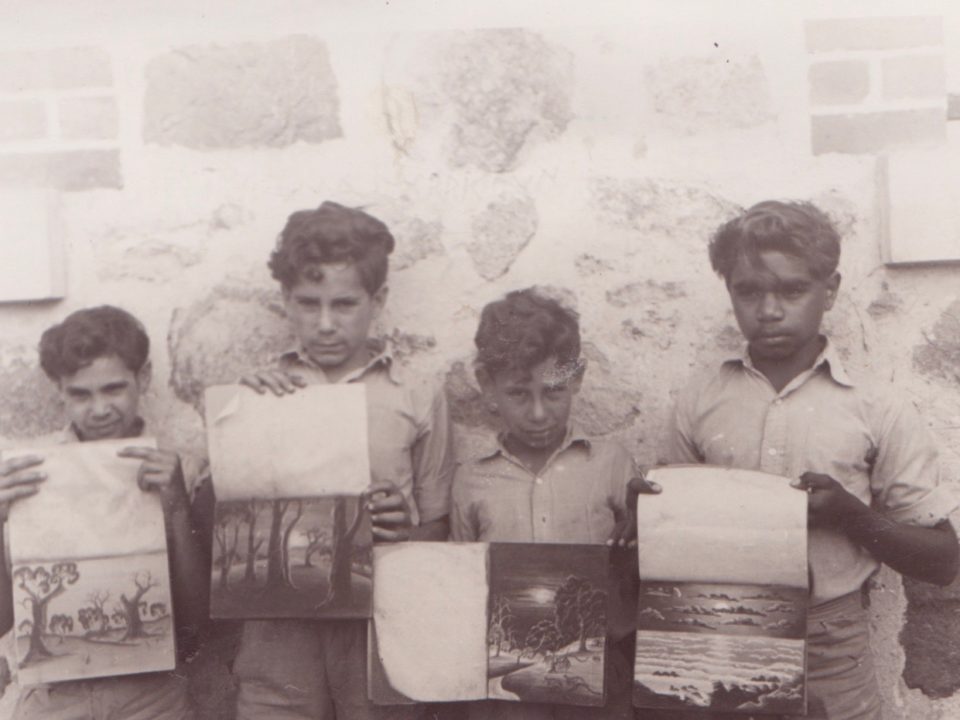 Last month, Charon Ryder emailed me saying that she was the eldest child of Carrolup artist Cliff Ryder and requesting that I get in contact with her. I had previously been contacted by Charon’s sister Judy, who had written a lovely comment which I included in a previous blog.

Charon and I later had a long telephone conversation and I started to learn more about Cliff Ryder and his family. Cliff is a fascinating person in that he was not one of the original Carrolup children who were inspired by teacher Noel White to create their landscape drawings back in 1946.

A letter from Cliff Ryder to Mrs Rutter in the UK, written in March 1950, reveals that he came from Moore River Native Settlement to Carrolup via the holiday camp at Swanbourne which was attended by the boys of both settlements in December 1949 – January 1950. Cliff would have arrived at Carrolup the end of the first week of January 1950, just a few weeks before Mrs Rutter and Mrs Hack visited the settlement at the end of January.

And yet there is Cliff Ryder, second from the left in the photo above, holding a landscape drawing in one of the photographs taken by Mrs Hack on 1st February 1950. Cliff went on to produce some beautiful drawings, one of which was used to introduce the recent Berndt Museum Exhibition held at the Lawrence Wilson Gallery at The University of Western Australia.

So, either Cliff Ryder had been drawing at Moore River Native Settlement—for which we have no evidence one way or the other—or he learnt to draw his landscapes very quickly, in the first weeks after his arrival at Carrolup. In fact, in his letter to Mrs Rutter in March 1950, Cliff said, ‘Mr Whites said I am proving [sic] with my drawings.’ [The children often called Noel ‘Mr Whites’.]

The words below about Cliff Ryder, based on notes by Noel White, were written by Mary Durack Miller:

‘Cliff Ryder’s name was appearing on some of the best pictures, and his manual work, at a country show, had been judged the best of any child in the Katanning district. A serious, sincere, boy, he listened attentively to his lessons, always intent on pleasing and doing the right thing.’ Child Artists of the Australian Bush, M.D. Miller & F. Rutter, Australasian Publishing Co. Pty. Ltd & George G. Harrap & Co. Ltd, U.K, pp. 48 – 49.

Anyway, back to Cliff’s daughter Charon. She told me about her father and his family during our telephone conversation. I was deeply saddened to hear that Cliff died very young—he was only 32 years old. He left behind him a pregnant wife, Iris Ryder (née Walley), and four children—Charon (8 years old when her father died), Clive (known today as George, 6), Kerry (4) and Judy (2). Their brother Chris passed away when he was three months old in 1961. Aaron was born to Iris just two weeks after Cliff died. Cliff is buried in Goomalling, alongside his son Chris, where he and his family lived.

In his 1950 letter to Mrs Rutter, Cliff wrote, ‘I would like to be a truck driver carrying wheat to the port.’ He did become a truck driver, working for the Main Roads Board out of Northam. He was involved in the laying of bitumen on country roads of the state. Cliff died of lung problems, thought to be due to the fumes from the hot bitumen and the truck.

I sent Charon copies of a number of photographs taken by Mrs Hack at Carrolup to see whether she could identify Cliff in any of them. She identified him in four of these other photographs—he is the first boy to be identified in each of these photos. I also sent Charon copies of a number of other items related to her father, e.g. a letter that Cliff wrote to Mrs Rutter in March 1950. 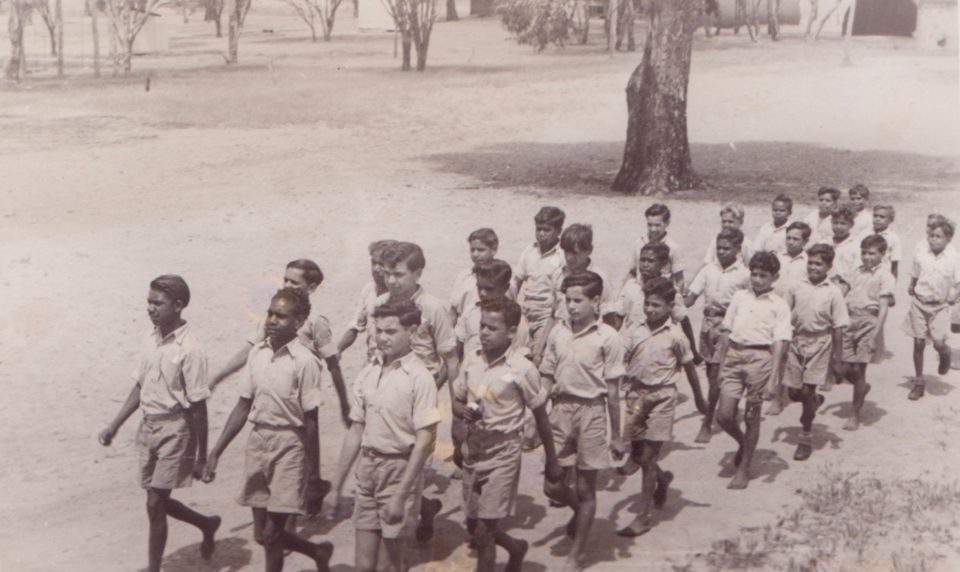 The boys of Carrolup marching for Mrs Rutter and Mrs Hack. Cliff Ryder is the third boy from the front of the nearest line. Photographer: Vera Hack, 1st February 1950. Noel & Lily White Collection.

Charon emphasised to me that it was only ten years ago that her family realised that their father had been at Carrolup.  Since then, they have been on a journey to learn more about their father and his family, including what happened to him at Carrolup. They had not been aware he was at Moore River Native Settlement until I had sent Judy Ryder a copy of her father’s letter to Mrs Rutter.  The family had also not previously seen the photos I had sent—other than the one at the top of the blog—nor the other items.

I was deeply moved by my conversations with Charon and thrilled to be able to pass on material that provided her family additional information about their father/grandfather/great grandfather. I was also pleased to hear that staff at the Berndt Museum of Anthropology are also helping Charon and family.

It wouldn’t be long before I was to meet Charon, her husband John Kalin and their grandson Treyje. But that is a story for another blog posting. Until then…