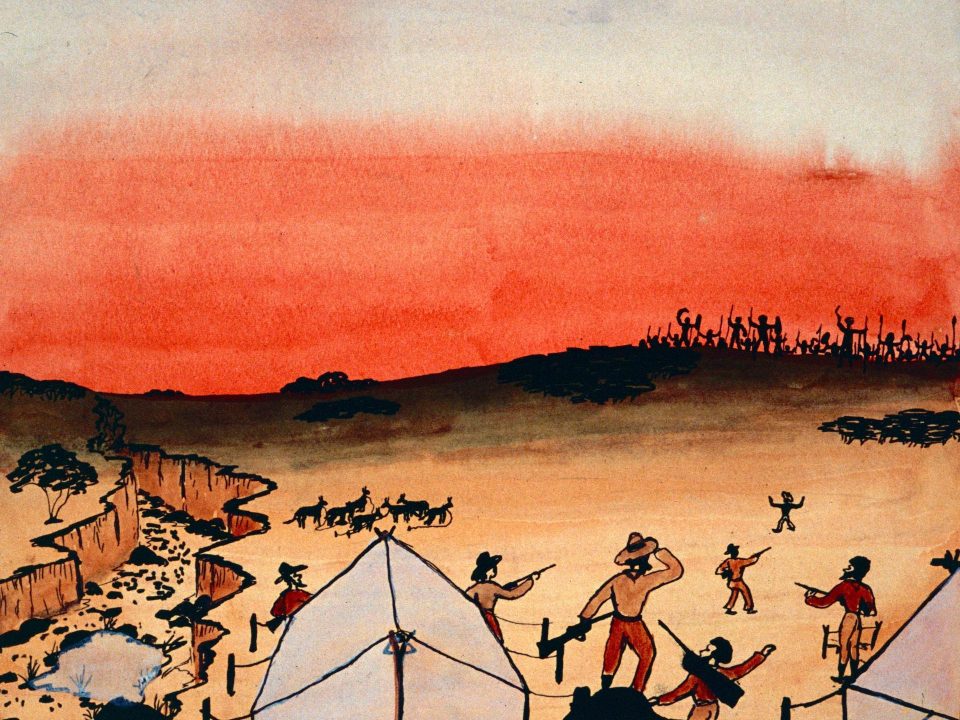 It’s hard to believe that six months have passed since John and I officially launched The Carrolup Story website on the 10th November 2018, the 85th birthday of Noelene White, daughter of Carrolup School teachers Noel and Lily White.

Looking back, we feel that we’ve achieved a good deal of what we had planned for these first six months. An initial major aim with the website, which is the first stage of development of our Storytelling, Education and Healing Resource, has been to introduce our audience to the story of the Aboriginal child artists. Since we aim to use this story to facilitate the healing of trauma and its consequences (mental health problems, addiction, etc), we have also been providing content about trauma and the healing of trauma.

We never planned to attract large numbers of people to the website during this early period. To do so would have needed a great deal of effort working on publicity for the website, organising social media initiatives, and potentially responding to a lot of communications from our audience.

We knew we had to be very selective with our time, particularly as we are continuing to work on other parts of the initiative (for example, editing film content for our YouTube channel, working on the book, community visits, developing up the documentary film project).

John is also working on his Goldfields Project, which has seen the completion of scanning 1,951 colour slides taken during his PhD research at Mt Margaret Mission, near Laverton, in the 1974-6 period, and subsequently over a decade. These images have been sent back to community members. Currently, he is documenting each image prior to undertaking further field trips to record contemporary perspectives from the grandchildren and great-grandchildren of the people he worked with all those years ago.

Our priority has been to engage with those connected in some way or other with the story of Carrolup. We hope that the content we are providing is of value to some of them—for example, seeing photographs of family members who were at Carrolup—and that the same or other people may have information (or photos or other ‘assets’) that add to the overall story. Or they may have stories of their own which are in some way related to the main story and that they want to be told on the website.

Remember, The Carrolup Story is really a ‘Story of Stories’.

We also want to show potential funders the multi-faceted nature and high quality of our project. All our work to date has been done without funding, but we need to raise financial support in order to take the online resource to its next stage of development, and to help production of the planned feature-length documentary and supporting short films.

We’d like to provide an example of a family with whom we have interacted over the course of our short journey to date. Some of you may remember a blog that I wrote some months ago entitled, ‘Keeping Up With the Jones’s’, in which he described our interactions with a family whose parents and other relatives were at Carrolup. We have continued our engagement with this particular family.

I first met Wazza Jones, whose father Warrick Jones R.I.P. was at Carrolup from 1946 to 1950, at a photographic exhibition organised by Robert and Selina Eggington of Dumbartung Aboriginal Corporation prior to this website being launched. I still remember Wazza’s words about how important it was to learn about what happened at Carrolup for his personal identity as a Noongar man. Wazza went on to become our first guest blogger and wrote a touching testimonial for our website:

‘It is our history and yes, a very sad one at that. But a very important one that must not be forgotten and must be shared for there to be an understanding from all people of what happened and what has brought about the trauma, disconnectedness, broken hearts/lives etc… it is so important for our family, our community and for those who need to hear our stories to understand why we are here, where we are as a people now, and how we can walk together to bring about much needed healing in our communities, hearts & minds.’

Wazza’s sister, Dale Jones, has been in regular contact. She described to me how she took her father Warrick R.I.P. to the Koolark Koort Koorliny (Heart Coming Home) exhibition at the John Curtin Gallery at Curtin University. Warrick was deeply affected by this visit and told Dale how he remembered the older boys doing their drawings.

A couple of months ago Dale called me to excitedly say that her and her mother, Jean Coles, had come across some of her father’s artworks—not from Carrolup—in her shed. She was crying because of the emotional experience and soon had me in tears, too. Dale also sent me photographs of the artworks.

After I posted my blog ‘Noelene White’s Memories: The Art’, I received a Facebook message from Coni Coyne Jones from South Australia—‘Nawwh…that’s my Dad there in the front row’. Coni confirmed that the young lad second from the right, front row, was her father Ross Jones. I sent her photographs of her father, but she had already received copies from cousin Wazza Jones. I also sent her a letter written by her father to Mrs. Rutter which she had not seen. Coni was deeply touched. She said that she hoped to meet us in the next couple of months.

I’d better close now, but not without both of us thanking the Jones family described above as well as some others (in no particular order) who have been in regular contact.

Thanks to Wazza, Dale and Cheryle Jones, along with Jean Coles. And to Ezzard Flowers, Athol Farmer, Gael Phillips, Tony Davis, Wayne Tyler, John Benn, Jack Cox, Trevor Garland, Ken Sparker, Annette Davis, Noelene White, Sandra Hill, Carlie Atkinson, Judy Atkinson, and to all others who have interacted with us on this journey.

And a HUGE BIG THANKS to my special friend Ash Whitney in Neath, South Wales (UK), the whizz behind our website development. Ash built my first website, Daily Dose, in 2001 and has done a number of others for him, including Recovery Stories, since then. I saw Ash last month on his visit back to Wales and we plotted stage two of the website, once we get funding.