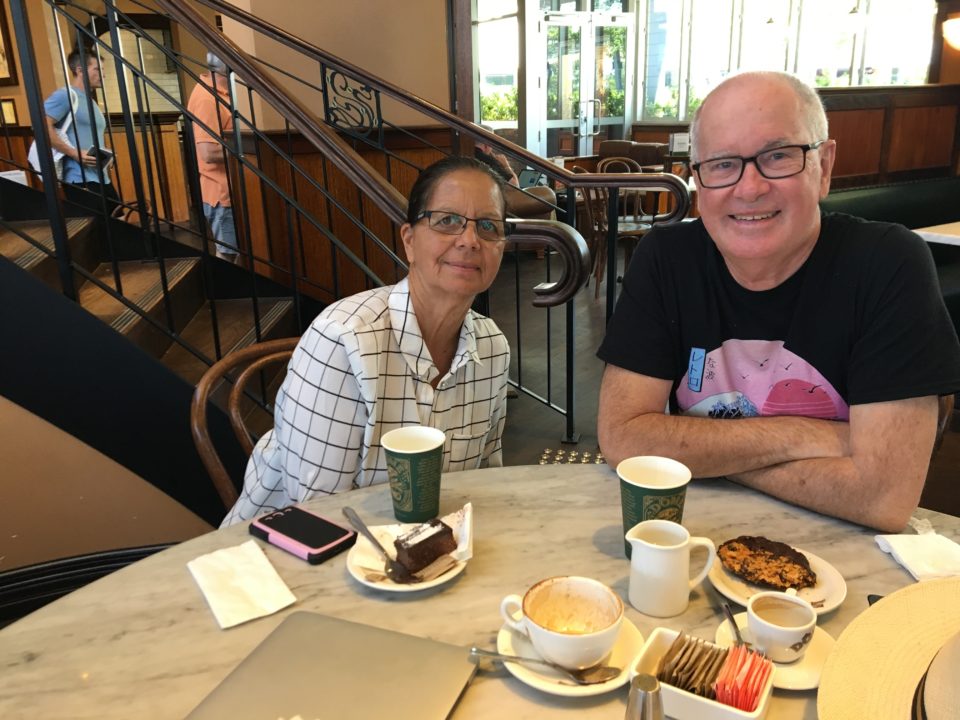 Charon Ryder and John Stanton 'plotting' next year's collaboration, at the Dome in Bassendean, 15th November 2109. Photograph by David Clark.

I often think about the young Aboriginal children of Carrolup, particularly when I am working on the book I have been writing. I think of the Carrolup children’s legacy, not just their artworks, but also their amazing story. I think of their children and grandchildren, and reflect on their lives and their achievements. And what they may have done to help make this world a better place.

Through working on the Carrolup project with John Stanton, I’ve been fortunate enough to meet some of these children, and to see and hear of some of their achievements. I’d like to mention one of these families with whom John and I have developed a close relationship – the Ryder family.

In an earlier blog, I described how Cliff Ryder arrived in Carrolup in January 1950 and very quickly developed into an outstanding artist. Mary Durack Miller wrote, no doubt using notes provided by Carrolup teacher Noel White:

‘Cliff Ryder’s name was appearing on some of the best pictures, and his manual work, at a country show, had been judged the best of any child in the Katanning district. A serious, sincere, boy, he listened attentively to his lessons, always intent on pleasing and doing the right thing.’ Child Artists of the Australian Bush, M.D. Miller & F. Rutter, Australasian Publishing Co. Pty. Ltd & George G. Harrap & Co. Ltd, U.K, pp. 48 – 49.

In later blogs, I described how we met Charon Ryder, Cliff’s eldest child, and her husband John Kalin, and then spent a special day out at Moore River Native Settlement and in Goomalling with Charon, John, and other members of the Ryder family. 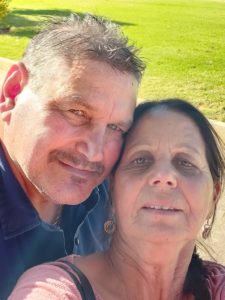 Recently, John Stanton and I were invited by Charon and John to attend the 9th Annual Maali Football Carnival which took place on the 2nd November at the West Coast Eagles training centre in Lathlain. John was not able to attend due to illness, but I went along with my good friend Michael Scott.

In the third game, the Maali Colts played the Multicultural AllStars, an outstanding game of footie. The local Noongar people had taught a group of people from different countries (mainly from Africa, as far as I could see) how to play football some years ago, and over the years the multicultural team has improved by leaps and bounds. I have to say they were an impressive team, with some very tall players. And boy oh boy, could they play football! 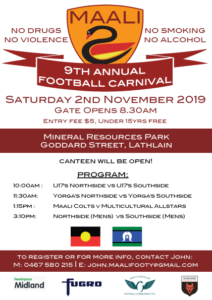 It was a really exciting, high quality game. Mike and I were thrilled to be watching, although we were rather unsure as to who to support. I thought I should support who I thought would be the underdogs, the Multicultural AllStars, only to discover they had been winning past games!

And win they did this time, but not after a a titanic struggle with the Maali Colts. It was an honour to be at such a high quality game.

It was good to spend more time with Charon and John, although they were obviously busy with organising the event. Mike and I also had the opportunity to have a good yarn with Judy Ryder’s daughter Leslie and her partner Daniel. A lovely couple!

Last Friday, John Stanton and I met Charon at the Dome in Bassendean for the last time before I leave for the UK later this week. We made some exciting plans for the coming year. John and I are thrilled to be collaborating with Charon and John Kalin, and the rest of the Ryder clan.

If it wasn’t for Cliff Ryder…