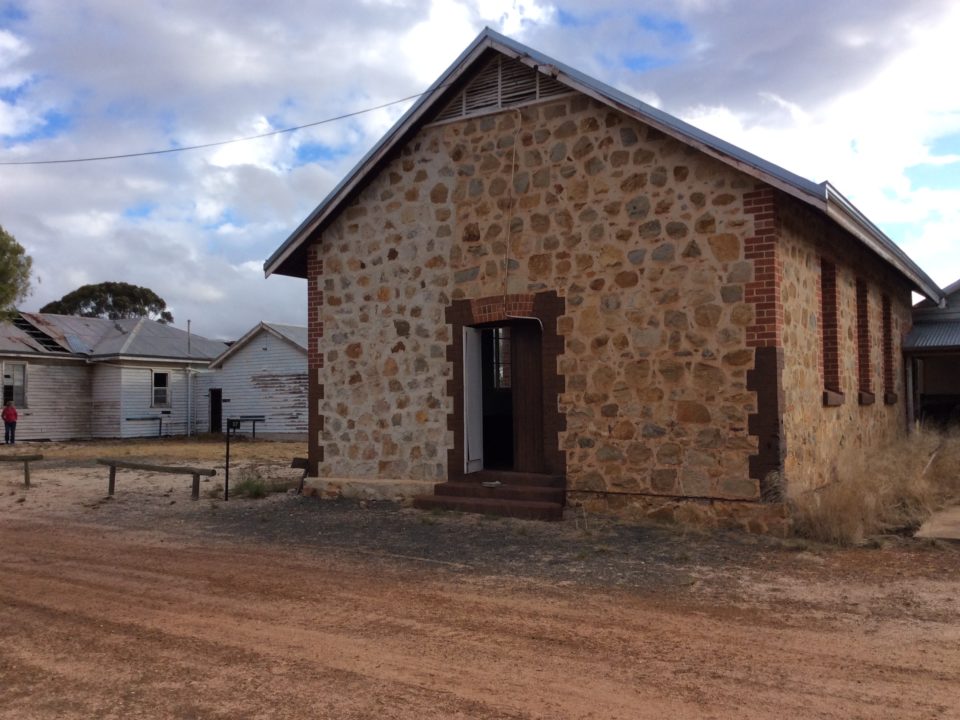 The main schoolroom at Carrolup, as it is today. On the left side in the background are the dining room and kitchen. Photograph: David Clark, 10th November 2017.

I was due to visit Kojonup with John in late October last year, but had to pull out due to illness. One of the aims of the planned talks was to highlight the legacy of the Carrolup Story, in relation to how it speaks to today about trauma, healing and resilience. On the day John gave his and my talks, I posted links to ten of my Healing Blog Posts that are particularly relevant to this magical story and to these key themes.

Given that we are travelling to Kojonup again this Thursday, I thought I would provide links (and a short summary) to seven of these ten Healing Blog posts. I have replaced the three posts related to Bruce Perry, since the links were provided in yesterday’s blog about his work. I’ve also added a link to another blog post. I hope you enjoy this selection.

Addiction and Psychological Pain: ‘Gabor Maté emphasises that it is critical to understand that although addiction is a problem it is also an attempt to solve a graver problem that is, unbearable psychic pain. To understand addiction we need to understand human pain and that takes us to focus on childhood experiences.’

How Childhood Trauma Can Make You a Sick Adult:’ In this seven minute long video, Dr. Vincent Felitti, the co-founder of the Adverse Childhood Experiences (ACE) study, details the connection between childhood trauma and negative health outcomes in adulthood.’

The Important of Safety and Reciprocity in Mental Health: ‘Being able to feel safe with other people is probably the single most important aspect of mental health… The critical issue is reciprocity: being truly heard and seen by the people around us, feeling that we are held in someone else’s mind and heart.’

The Healing Power of Healthy Relationships: ‘Where traumatised children are concerned, the last things we should be cutting from school schedules are the activities that can do precisely that: chorus, physical education, recess, and anything else that involves movement, play, and other forms of playful engagement.’

What is Healing, and How Does It Occur?:  ‘The narratives demonstrate that healing at its most fundamental level is an ever-deepening knowledge, of the deep structure of the self and the layered and multiple parts of who the person is, at both biographical and transpersonal levels, culturally and spiritually.’

‘Do Things With Us, Not To Us!’ Chris Sarra: ‘If you stand beside me well intentioned, but in this relationship feeling sorry for me, as if I have to be rescued, the relationship is contaminated from the start, leaving us a few degrees out from each other and destined to become parted in the long run.’

Reducing Suicide by Connecting to Culture: ‘… whilst some Indigenous communities had suicide rates nearly 800 times the national average, others had no suicides at all. They also found a strong correlation between ‘cultural continuity’ factors and the incidence of suicide. Indigenous communities that have control over local institutions and are grounded in a collective sense of history and culture have the low rates of suicide or no suicides at all.’

Fulfilling Trauma’s Hidden Promise – James Gordon: ‘He starts by describing how he is sitting in Shigeo, a Gaza suburb bombed out during the war with Israel, with a group of eight children who have lost their fathers. He’s working with the children in a healing circle group. During the talk, we hear about the transformation of nine-year old Azhar…’

Can a Cambodian Cow Facilitate Healing? ‘This was at a time when drug companies were first introducing antidepressants into Cambodia. The companies had a problem in that there was no obvious translation in the Khmer language for ‘antidepressant’. Moreover, the idea of depression and use of drugs puzzled the people…’

12 Principles of Indigenous Healing: ‘By spreading healing messages in innovative ways and harnessing the considerable latent energy that exists at grassroots levels, we can create a ripple effect of hope and healing. Eventually, healing will become contagious, as has happened with other social movements. It can pass down generations, as has trauma.’