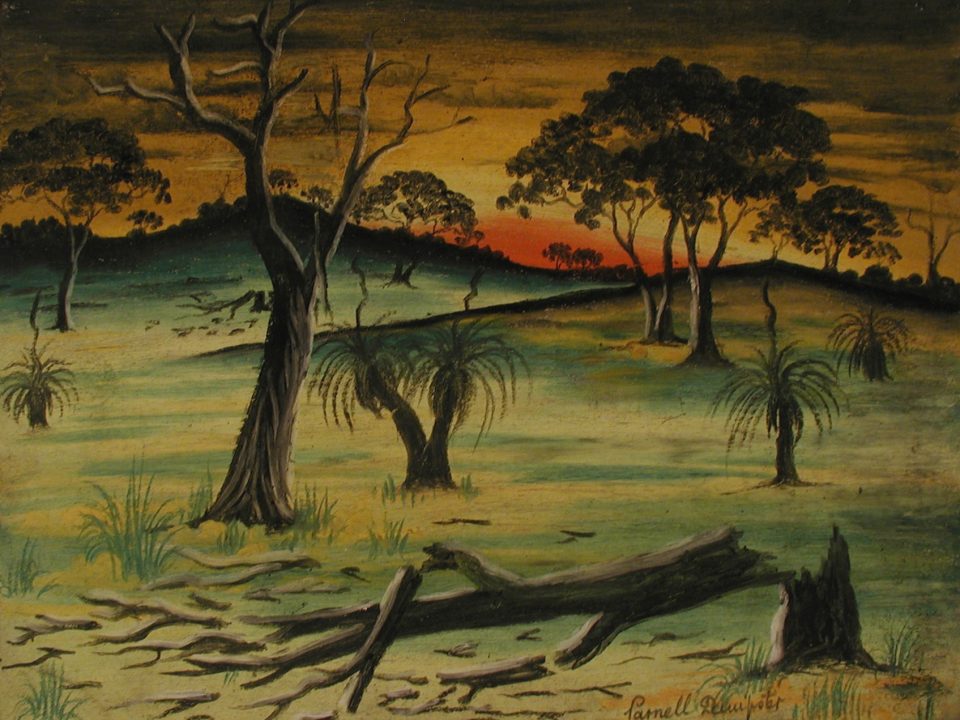 The boys’ dreams of a better future are shattered by the school closure and their later experiences in a white dominated society which considers them ‘inferior’. Revel Cooper says the decision to close the school:

‘… closed the pathway to a better way of life for coloured people.’ Revel Cooper, 1960

Revel’s dreams of a better life become a nightmare after he leaves Carrolup. Aged only eighteen years old, he is accused of murder and has to face a white judge and jury in the Supreme Court of Western Australia. The jury cannot reach a decision, so he faces a second trial for wilful murder a week later.

At this trial, Revel is found guilty of manslaughter and sentenced to four years in prison. The judge recommends Revel is sent to a country prison farm where he can work on his art, but he is sent to the maximum-security Fremantle Prison instead.

Mary Durack Miller continues to update Mrs Rutter of what is happening to Revel, Reynold, Parnell and other Carrolup artists over the next few years.

Revel is soon joined in prison for a short time by Reynold Hart and Parnell Dempster, who are beaten by the police into confessing to a crime they did not commit. On their release, Reynold and Parnell start living with Frank and Myrtle Amos, who love them like sons. The white couple apply to adopt the boys, but are refused because there is ‘no precedent’.

In the UK, Mrs Rutter is swindled of her savings by a conman and in 1958 she has to sell her Carrolup artworks to American television magnate Herbert Mayer. He, in turn, gifts the collection to Colgate University in upstate New York in 1966. The art is to remain there in obscurity for decades.

Mrs Florence Rutter passes away in 1958, her dreams shattered. Some say she died of a broken heart.

In late 1961, Noel White becomes the first teacher at Fremantle Prison Special School. There, he sees ‘his boys’ teaching younger inmates in the prison, the beginning of the emergence of Noongar prison art.

To Regain Our Pride: Revel Cooper: ‘But the greatest and most depressing loss of all was the loss of man’s greatest and most treasured asset, the possession of pride. A man without pride is doomed to failure…’