Colonisation and its Impact: A Compilation of Blogs 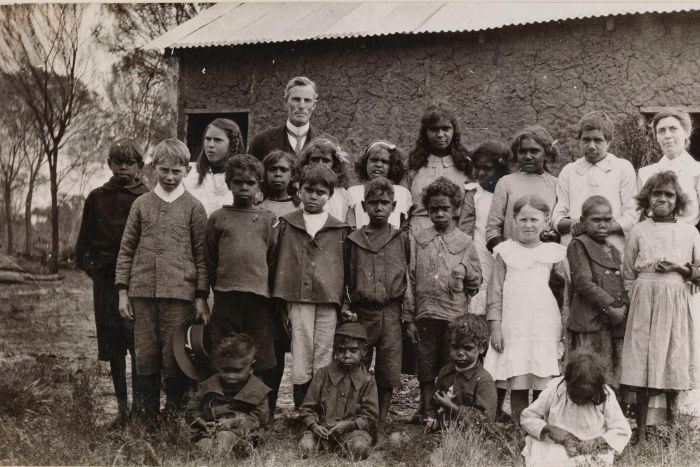 The process of colonisation and its devastating impact on generations of Aboriginal peoples provides the backdrop to the story of the Aboriginal child artists of Carrolup. In this blog post, I provide links to 15 of my previous blogs on The Carrolup Story relating to various elements of the colonisation process in Western Australia and how they have, and still do, impact on Aboriginal peoples today. This history and its impact should be taught in all schools in Western Australia.

Historical Trauma: ‘Historical, or intergenerational, trauma amongst Indigenous peoples is the trauma that has arisen as a result of the historical experiences of colonisation (and associated violence and control), forcible removal of children, and loss of culture. As it was not addressed at the time, this trauma (and associated grief) have been passed down unwittingly through the generations by peoples’ behaviours and thought patterns.’

The Impact of Colonisation: ‘Physical violence was widespread. This violence, and the accompanying murders and massacres, pushed Aboriginal people away from their traditional lands, their spiritual heartplace. It prevented them from conducting their essential ceremonies that ensured the continuing life cycles.’

Facets of Colonisation: Starting with the pastoral settlements in the Gascoyne and Kimberley regions through to Dr Roth’s Royal Commission on the Administration of Aborigines and the Condition of the Natives in 1904. ‘Roth discovered that Aboriginal children, often as young as ten years of age, were regularly stolen to work in the pastoral and pearling industries, where they were indentured as unpaid and uneducated apprentices.’

The Control of Aboriginal People: 1905 Aborigines Act: ‘Any aboriginal who, without reasonable cause, shall neglect or refuse to enter upon or commence his service, or shall absent himself from his service, or shall refuse or neglect to work in the capacity in which he has been engaged, or shall desert or quit his work without the consent of his employer, or shall commit any other breach of his agreement, shall be guilty of an offence against this Act.’ Section 25′

Racism and Social Darwinism: ‘A growing fear developed amongst the white population that this ‘half-caste’ population would breed up to become a social menace. It was feared that they would be more black than white in their outlook, threatening established white moral and social standards.’

Mr Neville: Removing Aboriginal Children From Their Family: ‘The idea of these settlements was to isolate Aboriginal children from their parents, then educate and train them for unskilled occupations, e.g. domestic service and farm work. These settlements … also appease white communities who did not want Aboriginal people camped on the edges of towns.’

Carrolup Native Settlement: ‘Parents are also concerned at the prospect of losing their children to the control of Settlement staff—in the Settlement, children are taught to reject their parents and their way of life. The Settlement also gains a bad reputation amongst Aboriginal families for the cruelty of white staff towards the children.’

The Stolen Generations: ‘This policy was introduced by Federal and State government acts in order to assimilate Aboriginal and Torres Strait Islander children into the white-dominated society of Australia. In essence, to help ‘make’ these children ’white’.’

The ‘Bringing them home’ documentary: ‘It was genocide. I didn’t know it at the beginning, but I since have no doubt that it was genocide. One of the definitions of genocide is the fifth clause in the definition in the Genocide Convention, and it says ‘The removing of children from their communities with a view to extinguishing their culture.’ Sir Ronald Wilson, Chairman (at the time), Australian Human Rights Commission

My stolen childhood, and a life to rebuild: Sheila Humphries: ‘Immediately, the Western Australian police were put on alert to arrest the children. The two girls were arrested, handcuffed and taken back to the orphanage. So begins Sheila’s story. She goes on to describe her horrifying experiences in the New Norcia orphanage.’

Shocking History Impacts on Health & Wellbeing: ‘… Marion [Kickett] relates how she and the other Noongar children in York were not allowed to swim in a particular area of the river.’ She tells the shocking story of The Sandy. ‘During her nursing career, Marion saw how such terrible past events have created fear in many Aboriginal people today and influence the way they behave in health settings.’

Ruby’s Story: Marion Kickett: A short, moving film by Michael Liu and I in which Marion tells ‘how Ruby was taken from her mother and trained as a domestic. She was raped on the station to which she was sent, and gave birth to a child who was removed. This did not happen just once… ‘

Marion’s Film Story, Part 2: Six short films by Michael Liu and I made after we spent a day with Professor Marion Kickett, Director of the Centre for Aboriginal Studies at Curtin University, in York in September 2103. Marion describes life on the York reserve, living in two different cultures, and how she came to realise that she had to forgive non-Aboriginal people for the terrible things they had done in the past.

Pathways to Aboriginal Healing: The first step in re-establishing healthy communities is to acknowledge and understand the impact of the colonial legacy on the lives of Aboriginal people today and the various pathways necessary for healing from historical trauma, using both cultural and contemporary understandings and processes.’ Helen Milroy, Pat Dudgeon and Roz Walker, Community Life and Development Programs – Pathways to Healing